The jobs report was so bad, CNBC had to check to see if it was real pic.twitter.com/1JSwKRxGpo

Hiring was a huge letdown in April, with nonfarm payrolls increasing by a much less than expected 266,000 and the unemployment rate rose to 6.1% amid an escalating shortage of available workers.

Dow Jones estimates had been for 1 million new jobs and an unemployment rate of 5.8%.

Many economists had been expecting an even higher jobs number amid signs that the U.S. economy was roaring back to life.

What would happen if you gave a group of angry, ignorant ideologues, the same people who tell you that all lives don’t matter – what would happen if you gave them the keys to the U.S. economy? We don’t need to guess about that. We are finding out now. Because all around us, there are signs that under this White House, things are getting dangerously flakey in our economy.

Here’s one example: the official government jobs numbers came out today. Unemployment is up, far higher than expected. Close to 14 million Americans say they want to work but cannot find a job. That’s an old story, but here’s the new twist. At the very moment that unemployment is rising, fewer people are working, American businesses say they can’t find employees. And it’s obvious they can’t. Go to the nearest strip mall, and count the ‘Help Wanted’ signs on the door. They’re everywhere.

……Why is this happening? Well, there’s too much cash in the system. That’s a big reason for it. Print too much fake money and the value of that fake money declines. People start to figure out that it’s not real and you get inflation. That’s always true. No one disputes this. The White House just doesn’t care. The Treasury secretary told you not to worry about inflation. It’s not a concern.

……So what is going on here? Probably a lot of things. It’s a huge country and a pretty complicated country. But here’s one reason behind what we’re seeing: the government is paying people to stay home.

Thanks to Joe Biden’s $2 trillion “Coronavirus relief bill,” – done under the justification of the pandemic – some people in this country are getting checks for $700 a month not to work. This is true across the country, even in Louisiana the state with the lowest weekly unemployment benefits, you can still make almost $500 a week by not working. For a 40 hour work week, that works out to a little about $12 an hour, well above the minimum wage. In the states with the highest unemployment assistance, you could be making close to $20 an hour for not working. Now, we’re not attacking anyone or calling anyone lazyIt’s easy to see why people aren’t returning to work. They’re not crazy. They’re rational.

Note: Many of them are sitting at home collecting the “covid relief” welfare checks.  It’s easier than working.

No order the economy is sputtering in bizarre ways. America created just 266,000 jobs last month, in a country of 350 million people. Economists, the people who predict these things, very often incorrectly, were expecting four times that. The numbers were so shockingly bad, even CNBC didn’t believe them at first. They had to double-check on the air.

This is a result of government control over the economy through force-fed hysteria.  This country was shut down over a virus with a 99.9% recovery rate.  23 million Americans are now unemployed.  Thanks to overzealous state governors, people lost their jobs, homes, livelihoods, and businesses because of this induced panic. The economic impact will take years to overcome.
The coronavirus will come and go. But the government will never forget how easy it was to take control of your life; to control every event, restaurant, sports facility, classroom, church, and even if you are allowed to leave your house. It was never about a virus. It’s about abuse of power and keeping citizens dependent on the government,

Contrast the Biden boondoggle with the economic boom during President Trump’s tenure.  Biden is spending the country into oblivion.

The nation’s debt is pushing $30 trillion dollars. How the fuck did people allow that to happen? 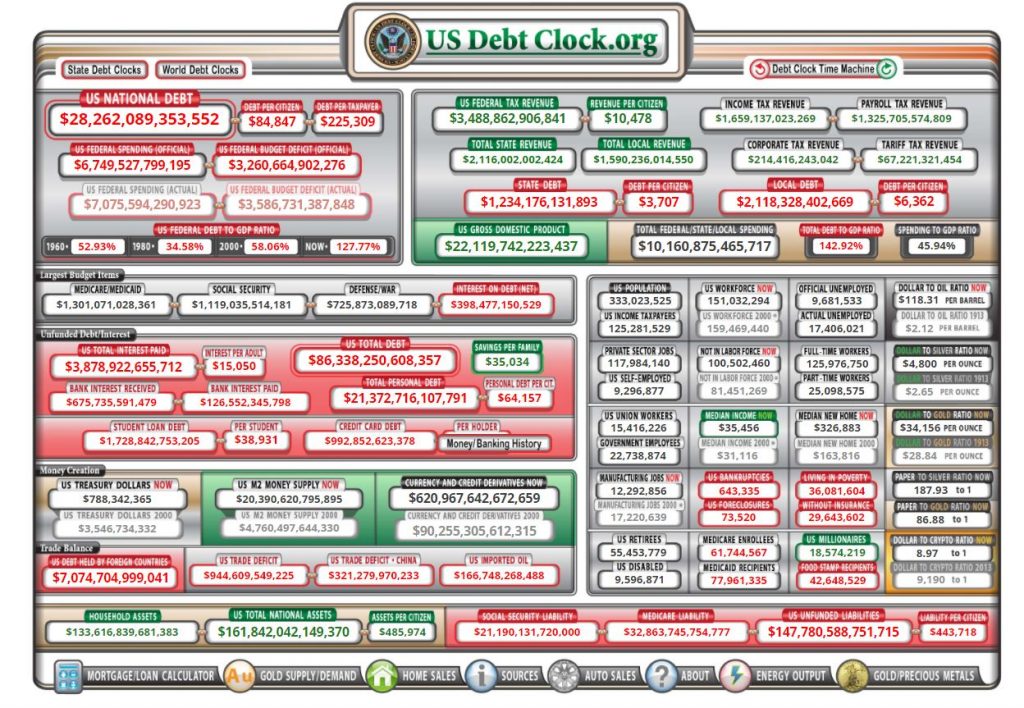