This contemptible retard  smeared shit on the statue of a President who freed slaves. 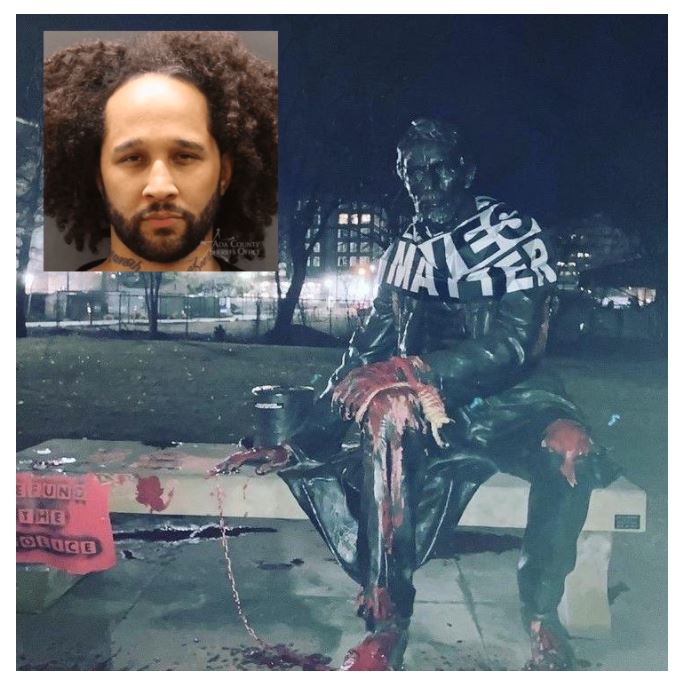 And no, he didn’t spray paint it. Instead, he smeared feces all over it, along with paint and signs.

The craziness doesn’t stop there. Wilson identified himself as a student and faculty member at Boise State University and was originally reported as the school’s Black Lives Matter chapter spokesman.

However, an update from the school provided by The Daily Wire stated the following:

“UPDATE: Bois State University told The Daily Wire Thursday that despite Wilson identifying himself as a student and an associate professor at the school, he is not a current student nor employee of the university.”

For whatever reason, this middle-aged man decided to spray feces all over a bronze Lincoln statue at Julia Davis Park in Feb. 2021. This particular monument is known as the “Seated Lincoln.”

He’s a 37-year-old who plays with his shit. That speaks volumes.