It was either Antifa or a muzzie Christmas greeting to us infidels.

The Dem mayor thought it was funny.

The suspect was identified as Anthony Quinn Warner, he acted alone, died in the explosion.

Human remains reportedly found in the vicinity of the explosion.

Metro Nashville Police Department spokesman Don Aaron said three people were taken to area hospitals for treatment, although none were in critical condition. Authorities don’t know whether anyone was in the vehicle when it exploded, however.

An explosion that shook downtown Nashville early Friday appears to have been “an intentional act,” police said, as officers and firefighters investigated the scene with assistance from federal personnel.

The Metro Nashville Police Department said the blast occurred at approximately 6:30 a.m. local time and was connected to a vehicle in the neighborhood.

“This appears to have been an intentional act,” the police department tweeted. “Law enforcement is closing downtown streets as the investigation continues.” The department said they are investigating along with the FBI and the Bureau of Alcohol, Tobacco, Firearms, and Explosives.

……Police told local reporters that they received a call of a suspicious vehicle parked near the city’s AT&T building and that hazardous devices units were on their way to the vehicle when the explosion happened.

……Police and firefighters were quickly on the scene after the blast caused noticeable tremors in the surrounding area.

Buck McCoy, who lives near the area, posted videos on Facebook that show water pouring down the ceiling of his home. Alarms blare in the background and cries of people in great distress ring in the background. A fire is visible in the street outside. McCoy said the windows of his home were entirely blown out.

“All my windows, every single one of them got blown into the next room. If I had been standing there it would have been horrible,” he said.

Pictures from the scene: 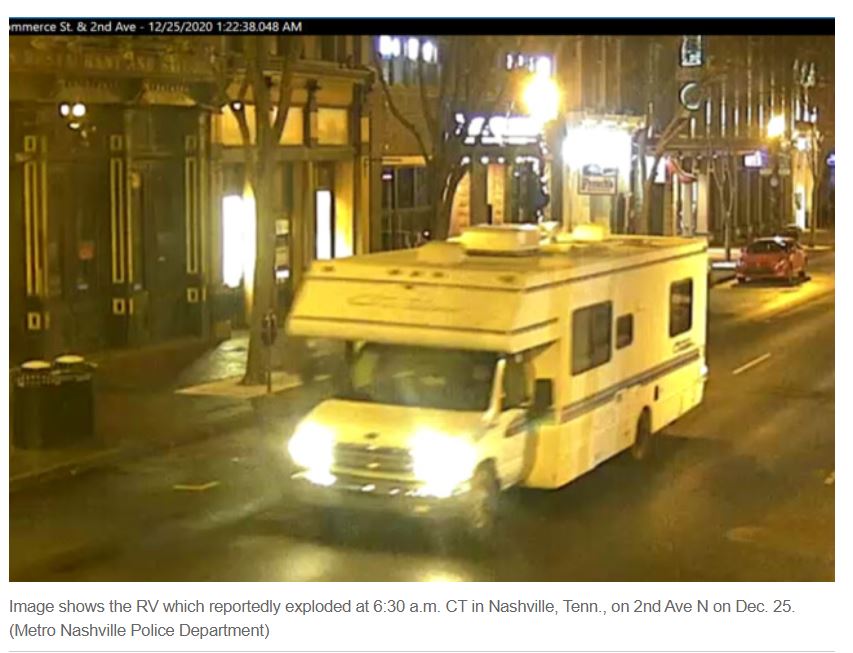 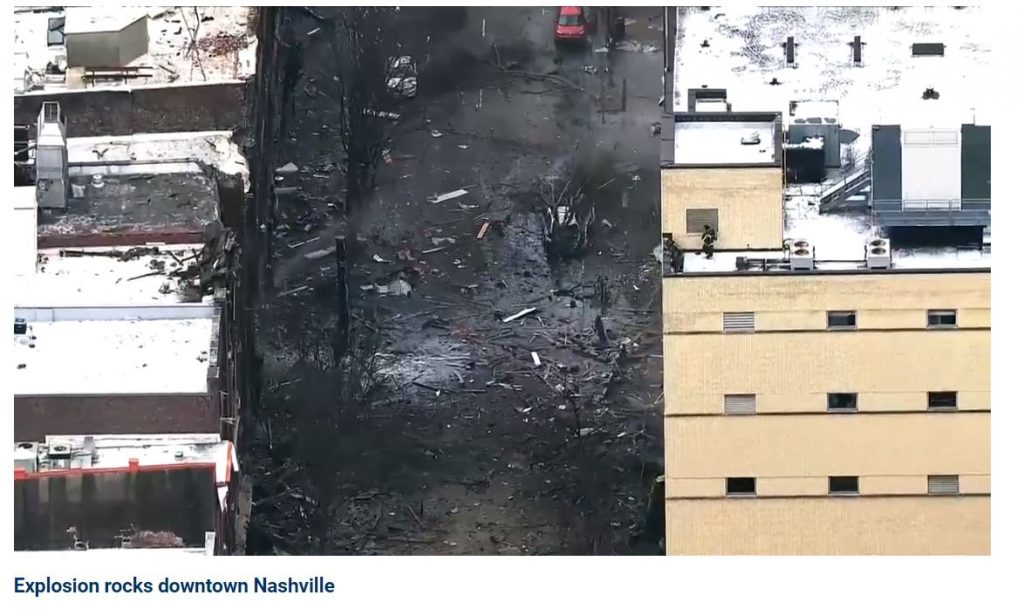 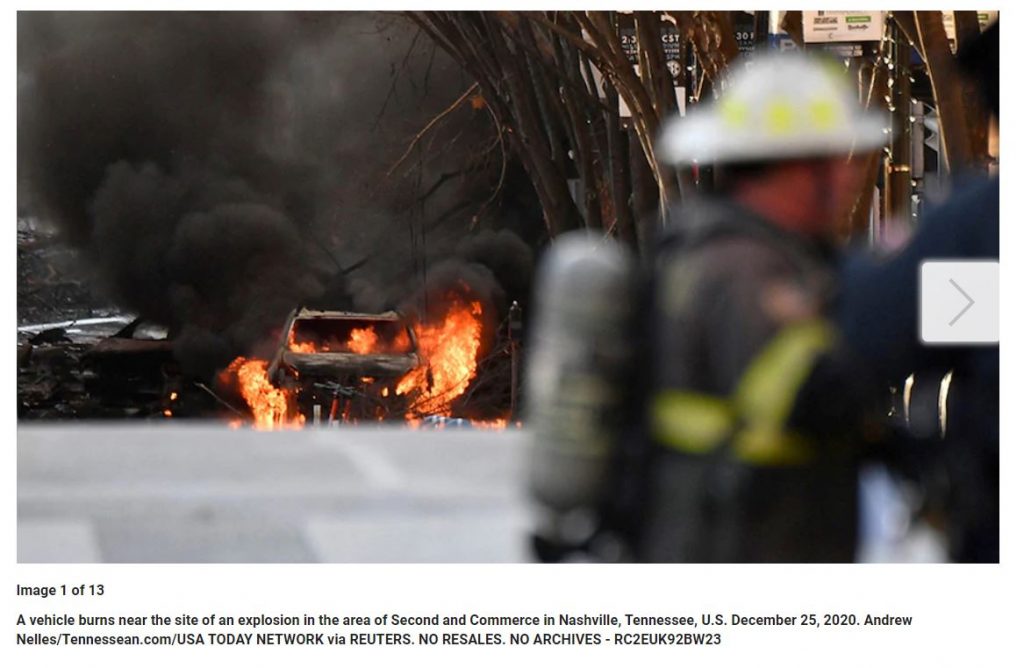 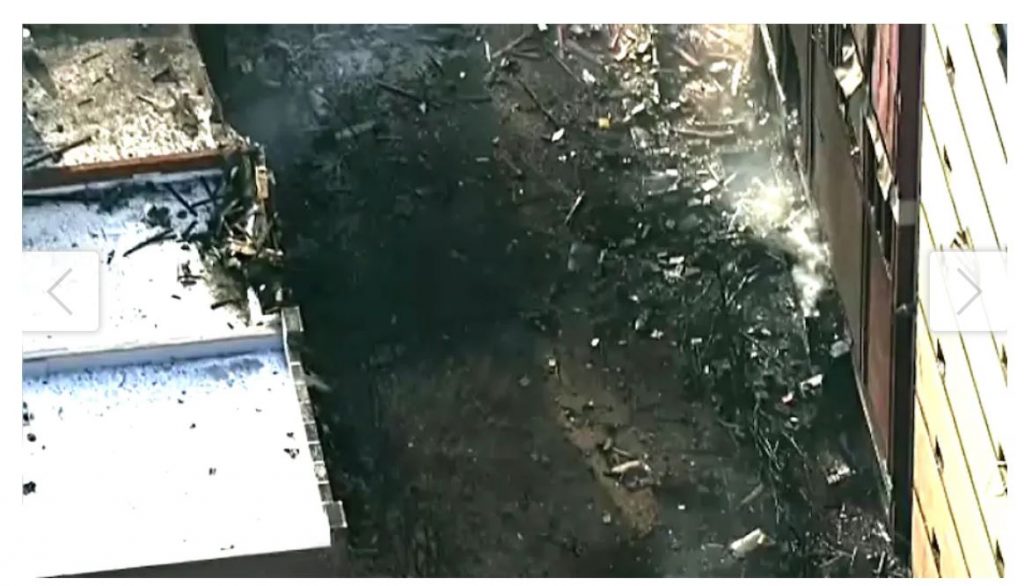 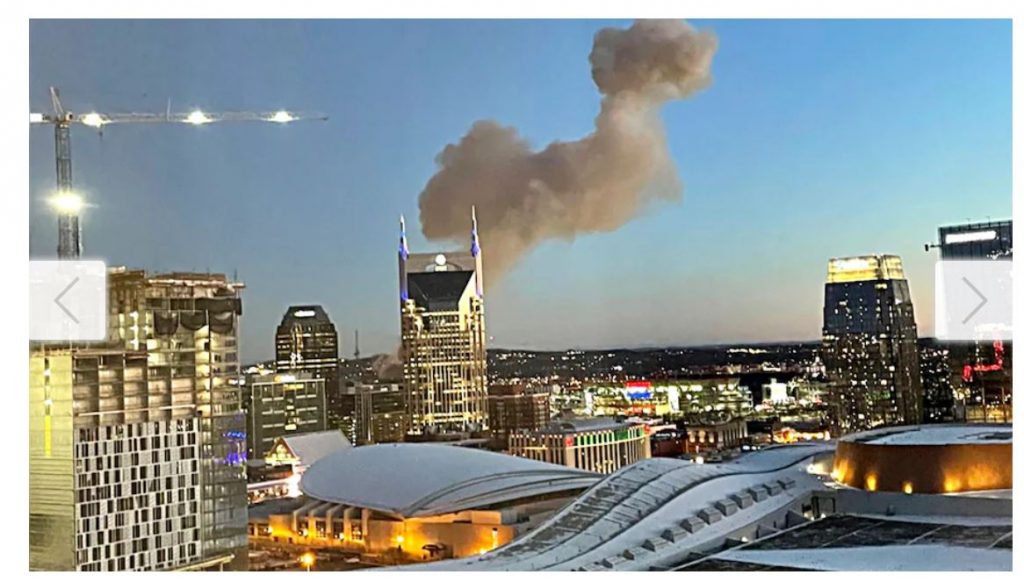 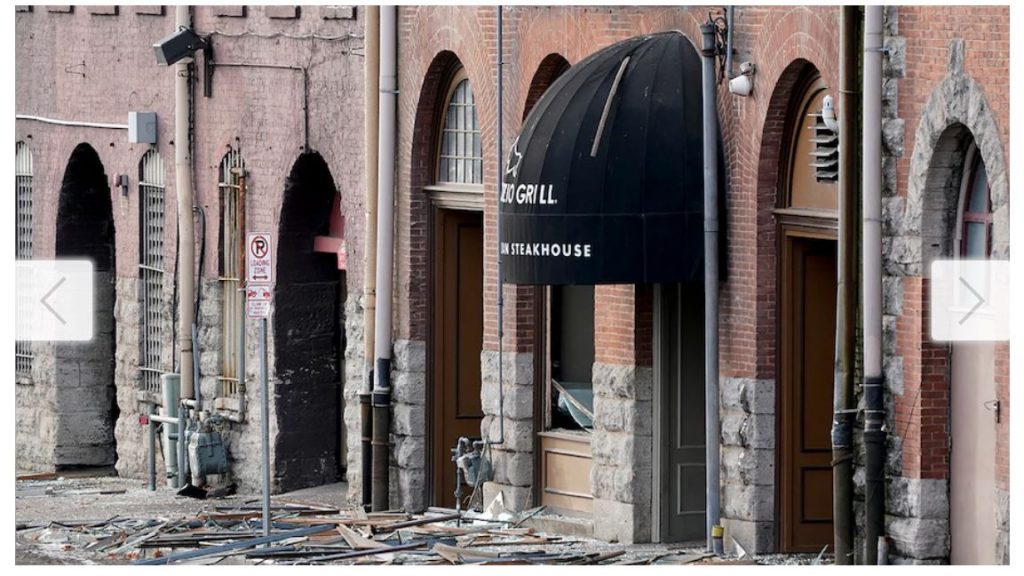 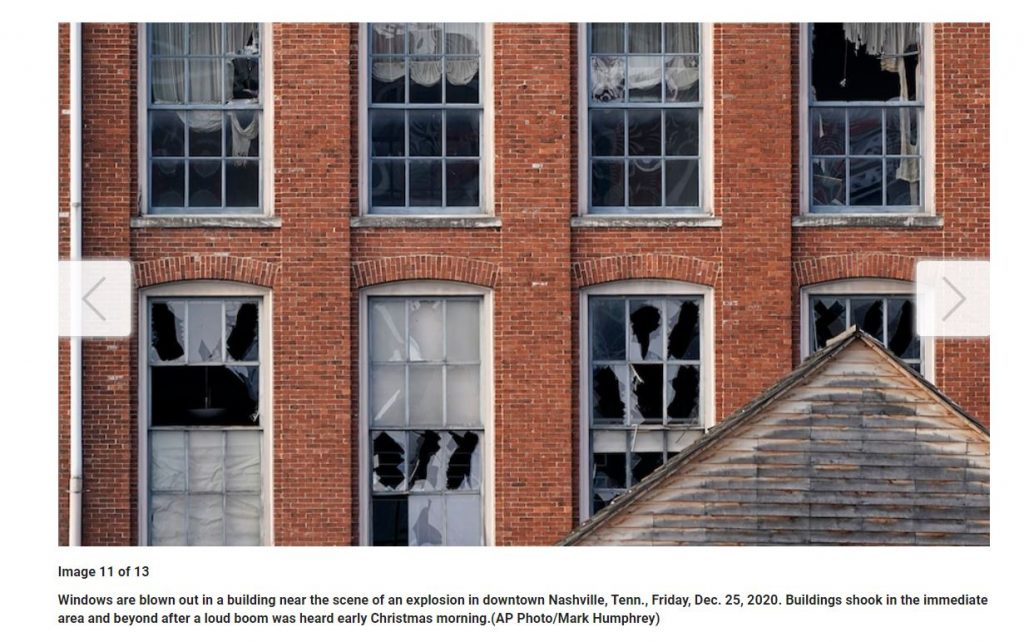