Another liberal media hack nosedives off the crazy cliff.

In the Communist country of North Korea, Americans can be (and have been) detained for any minor offense the regime deems worthy of arrest, some of whom die while in custody. According to CBS White House correspondent Ben Tracy, however, reporters like himself are safer in that country than they are working in Trump’s White House.

As news continued to break on how President Trump and several members of his inner circle tested positive for COVID-19, Tracy said he felt safer working in North Korea than at the White House.

As you can imagine, folks on Twitter gave him a verbal beating; 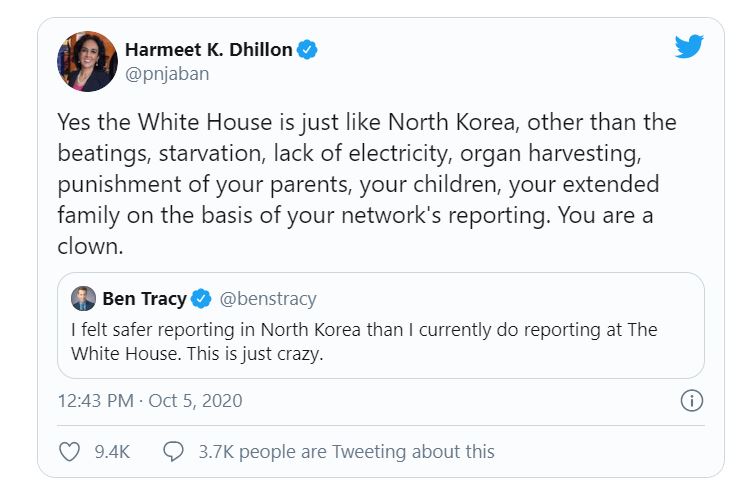 This is why no one in their right mind trusts the mainstream media.