China has announced that their nuclear submarines can attack the United States.

Chinese state-run media revealed for the first time this week that Beijing’s nuclear submarines can attack American cities as a means to counterbalance U.S. nuclear deterrence in the Pacific.

The article features 30 photos and graphics detailing, among other things, damage projections for Seattle and Los Angeles after being hit by Chinese nuclear warheads and the deadly radiation that would spread all the way to Chicago.

……“Because the Midwest states of the U.S. are sparsely populated, in order to increase the lethality, [our] nuclear attacks should mainly target the key cities on the West Coast of the United States, such as Seattle, Los Angeles, San Francisco and San Diego,”

China’s increasing threats in the East China Sea has resulted with  Japan repeatedly scrambling fighter jets earlier this week in response to Chinese military aircraft flying near Okinawa.  They recently declassified their nuclear-armed Xia-class submarine fleet, which according to state media represents an “assassin’s mace that would make adversaries tremble.”

Newsflash ya little gargoyles, we have some pretty nifty toys that will make you shit yourselves: 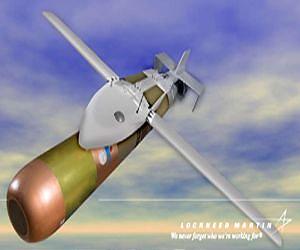 Propping up a communist totalitarian regime with capitalist dollars is suicidal. China is an enemy and should be treated as such instead of having the privilege of being a business associate.  Doing business with a communist country will not transform it into a freedom-nurturing society. There will come a day when all of the money we pour into China will come back to bite us in the ass. You can bet on it.  I just hope by then that we have a President and a country with the balls not to back down.

Until then, this is what we’re stuck with: