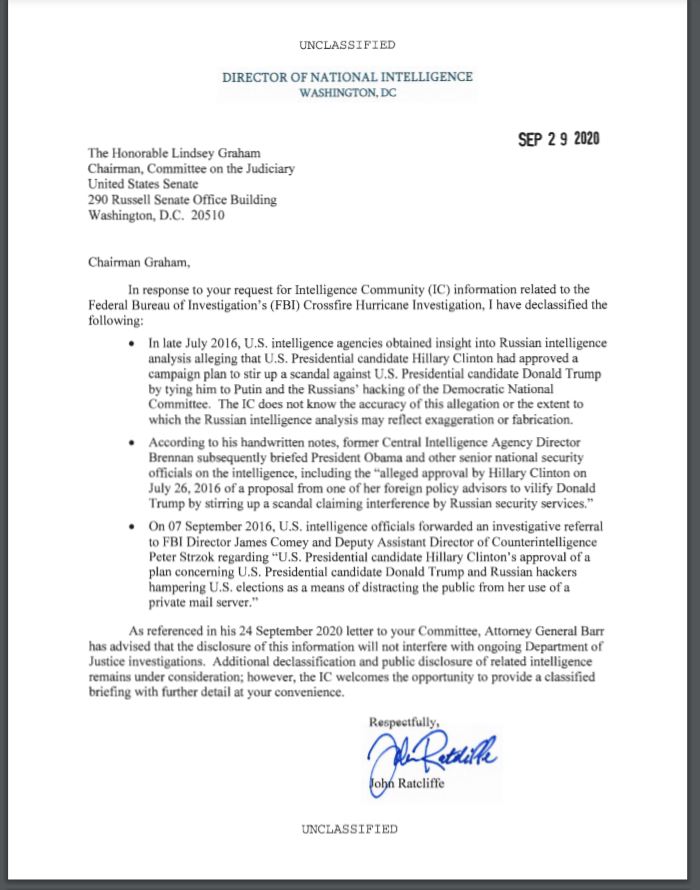 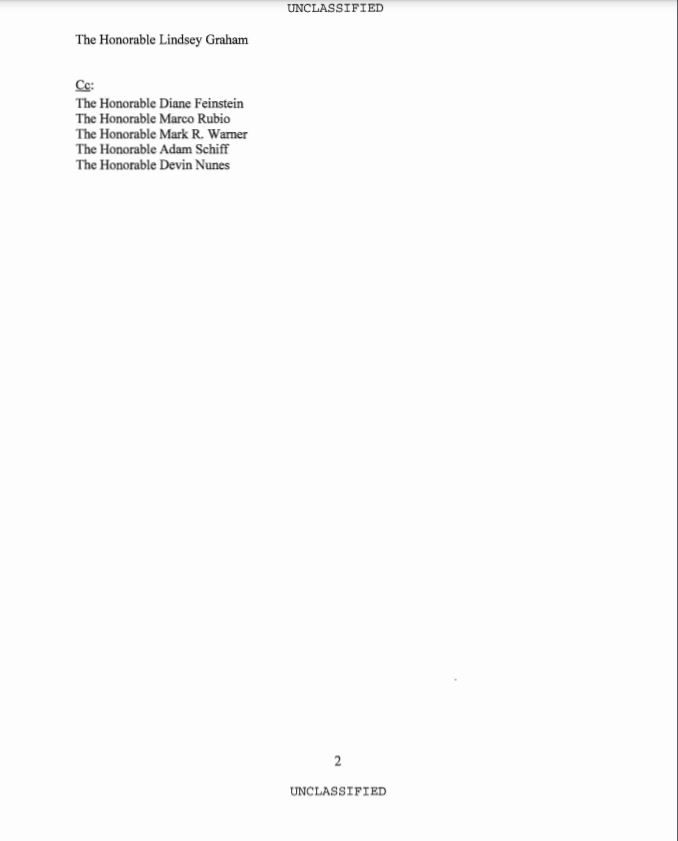 Could this be the smoking gun that finally shows the immorality and extent that Democrats went to attempt to get Hillary Clinton elected? Last week a bombshell was reported that Clinton actually created the entire Russian collusion hoax in order to take the heat off of her email scandal. Today, the public learns the roots of the shocking information goes even deeper. President Obama could have been briefed as well.

Director of National Intelligence John Ratcliffe declassified more documents today, which “revealed former CIA Director John Brennan briefed former President Obama on Hillary Clinton’s purported ‘plan’ to tie then-candidate Donald Trump to Russia as ‘a means of distracting the public from her use of a private email server’ ahead of the 2016 presidential election” reported Fox News.

In an exclusive statement to Fox News, Ratcliffe said, “Today, at the direction of President Trump, I declassified additional documents relevant to ongoing Congressional oversight and investigative activities.” The declassified documents were transmitted to the House and Senate Intelligence Committees this afternoon.

The declassified handwritten notes of former CIA Director John Brennan read: “We’re getting additional insight into Russian activities from [REDACTED]…CITE [summarizing] alleged approved by Hillary Clinton a proposal from one of her foreign policy advisers to vilify Donald Trump by stirring up a scandal claiming interference by the Russian security service.” One source told Fox News that the handwritten notes by Brennan were taken after briefing then-President Barack Obama on the matter.

One source familiar with the documents told Fox News on Tuesday that “this information has been sought by hundreds of congressional requests for legitimate oversight purposes and was withheld for political spite – and the belief that they’d never get caught.” The source added the Brennan notes are of extreme importance because it is the intelligence players’ “own words, written and memorialized in real-time.” 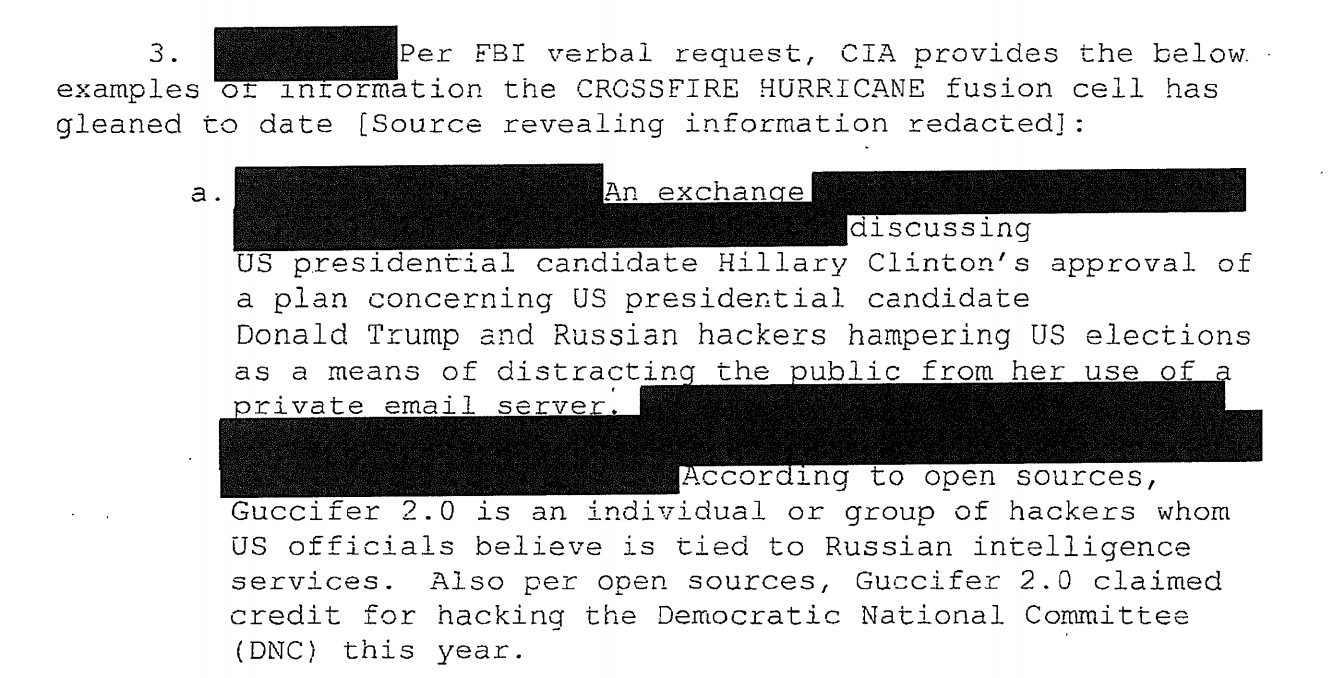 The memo shows Brennan wrote “POTUS” which stands for ‘President of the United States’ in the margin of the heavily redacted notes. The only words that were not redacted next to “POTUS” is “any evidence of collaboration between Trump campaign and Russia.” The remainder of Brennan’s notes are redacted, except for in the margins, which “JC,” “Denis,” and “Susan” were written.

Fox News reports “the notes don’t spell out the full names but ‘JC’ could be referring to then-FBI Director James Comey, ‘Susan’ could refer to National Security Adviser Susan Rice, and ‘Denis’ could refer to Obama chief of staff Denis McDonough.”