Dominion is a computer voting system with a multitude of flaws.  Turns out, their company supervisors aren’t much better.

Whistleblower Melissa Carone is now on record with the court saying she told her supervisor about massive fraud in Detroit at the TCF Center on election night and was told, “We’re not here to run their election” by her boss. This case is part of one filed by the Great Lakes Justice Center. A Detroit Judge has already essentially said all the affidavits are irrelevant in his mind because the City of Detroit says they did everything okay.

……The voting machine company, Dominion, under enormous scrutiny for software errors and problems that all seem to benefit Biden.

In 2010 Eric Coomer joined Dominion as Vice President of U.S. Engineering. According to his bio, Coomer graduated from the University of California, Berkeley with a Ph.D. in Nuclear Physics. 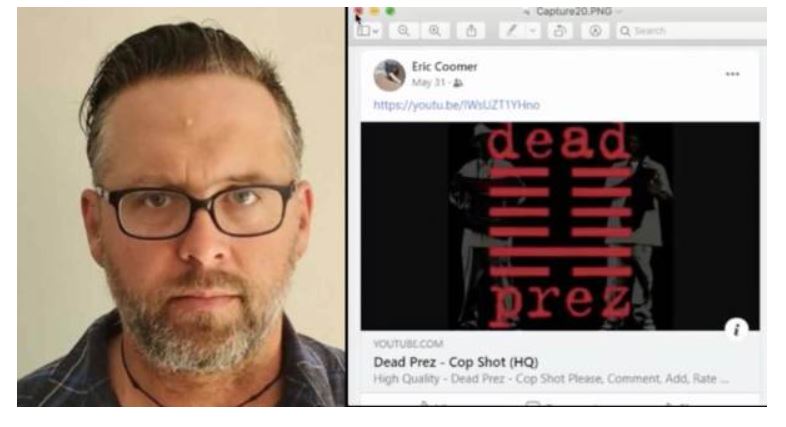 Eric Coomer was later promoted to Voting Systems Officer of Strategy and Security at Dominion.  Coomer has since been removed from the Dominion page of directors.

The Gateway Pundit’s Jim Hoft interviewed Denver business owner Joe Oltmann on Sunday.  Oltmann, the founder of FEC (Faith Education Commerce) United,  revealed how he infiltrated Antifa and how during a conversation with Antifa members, he discovered “Eric from Dominion” was allegedly part of the chat during the week of September 27, 2020.

Oltmann told TGP that “Eric” was telling the Antifa members they needed to “keep up the pressure.” When one of the caller’s on a September group call asked, “Who’s Eric?” someone answered, “Eric, he’s the Dominion guy.”

Oltmann said that as the conversation continued, someone asked, “What are we gonna do if F*cking Trump wins?” Oltmann paraphrased how Eric (the Dominion guy) responded, “Don’t worry about the election, Trump’s not gonna win. I made f*cking sure of that!”

Oltmann, who runs a Denver data company, started to investigate “Eric from Dominion,” following the call and came upon Eric Coomer.

Oltmann admitted that it didn’t make sense that Eric Coomer would be the Antifa member on the call and that at the time, he knew nothing about Dominion Voting Systems.

It wasn’t until after he started hearing about Dominion Voting Systems in the news following the election that he remembered the remarks made by “Eric from Dominion” on the Antifa chat.

Oltmann began digging into Eric Coomer, trying to find anything he could about him. Oltmann finally hit gold when he was able to (legally) access what he claims is Dominion VP, Eric Coomer’s Facebook page.

Joe Oltmann said he never saw such hate and vitriol coming from someone who has a Ph.D. in Nuclear Physics. Oltmann explained to Malkin that Coomer actually re-posted the Antifa manifesto to President Trump on his Facebook page.

Oltmann told The Gateway Pundit he believes Eric Coomer is mentally ill and a sociopath.  Coomer plays the corporate executive during the day and an unhinged Trump hater and Antifa supporter in his private life.

The Gateway Pundit posted a copy of that Antifa letter to Trump in a previous report that Coomer posted on his Facebook page before it was taken down.

Joe Oltmann was removed from Twitter last week after he exposed Eric Coomer from Dominion.

Oltman admits that by revealing this information about Coomer, he is putting himself in danger but he is resolute in exposing Coomer and the company he works for.

Joe Oltmann later in the interview told The Gateway Pundit that he is receiving numerous death threats after exposing Coomer and Dominion systems.

According to Oltmann, Coomer may have a Ph.D. in Nuclear Physics, but when it comes to hiding his hatred for President Trump, Trump supporters, law enforcement, or even for Texans, Dominion’s Eric Coomer isn’t very smart.

Dominion’s Director of Strategy and Security’s response to Rubin’s article appears to be a bit unhinged: “And in other news…There be some serious fuckery going on right here fueled by our Cheeto-in-chief stocking lie after lie on the flames of [former Kansas Sec. of State Chris] Kobach…You want something serious to worry about? This is it. “

In 2016, Coomer admitted that it was possible to bypass election systems software to manipulate votes.  I don’t doubt that it happened this time around.