The following posts on my Facebook page were removed for ‘violating community standards’. At first, I thought someone had spammed my page, but when I read their ‘examples’, I found that it was simply a case of left-wing censorship.  I kept getting warnings about “posting nudity”. 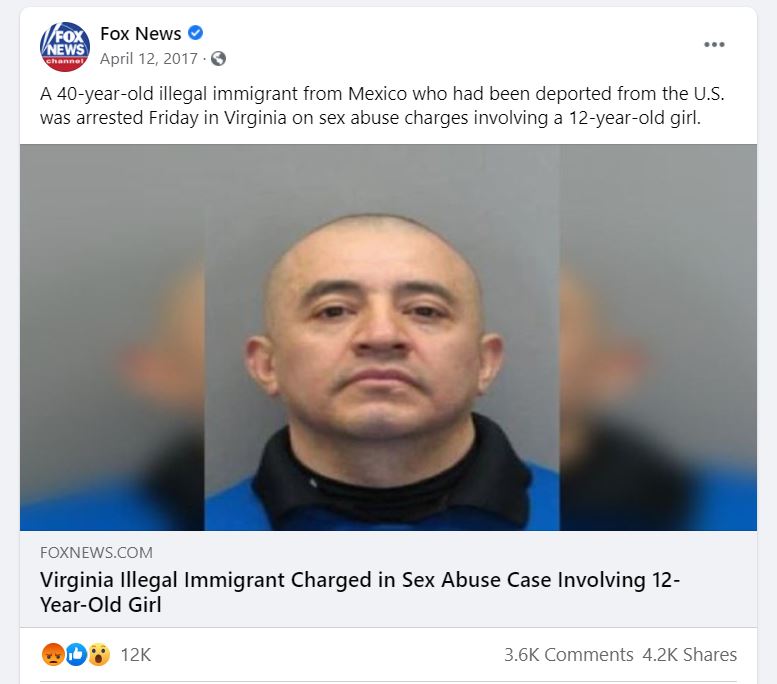 It’s a Fox News article about an illegal alien who molested a 12-year-old girl.  Evidently, this violated their sympathies for illegals.

I received another message from the Facebook idiots about posting “nudity”.  This is what it was: 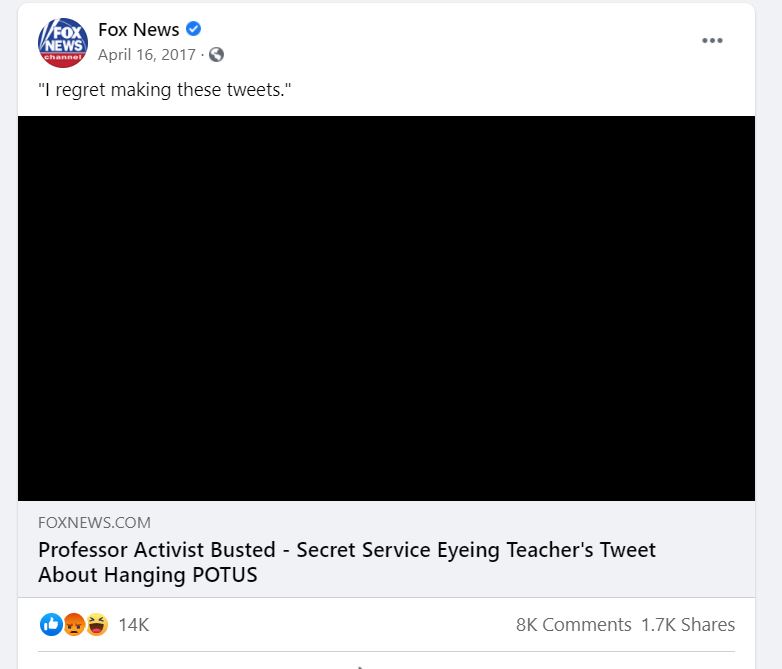 “Nudity” is a code word for: “It violates our leftwing agenda, therefore, we will remove it”.

When I submitted a report about rabid leftie hate speech, this is what ensued: 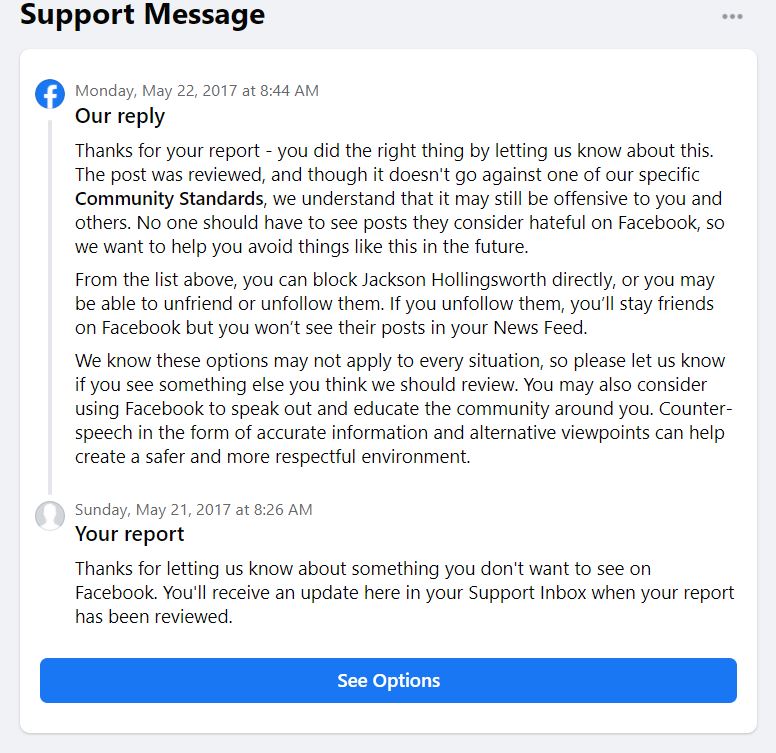 Hollingsworth is a little douchebag who belongs to the African People’s Socialist Party. She’s white, by the way, so when she claims “all white people are to blame, both for direct actions and for complicity in this ongoing genocide and military occupation of your neighborhoods, of your community, of your land!”, her lack of self-awareness is cringeworthy.  She calls for the eradication of white people from ‘their lands‘.

I got placed in 24 hour Facebook detention over this:

Telling muzzies to fuck off is a violation of their Dhimmi policies, muzzies’ death threats to political pundits, not so much.

I sent this message to their support team:

Every time I see a comment from the leftwing lunatic fringe, I will make sure I post it on your ‘support page’ for violations. Since you like to target conservatives, patriots, and Republicans over leftwing zealots, ‘Antifa’, Islamofascists, and radical racist ‘black lives matter’ thugs, I‘ll also bring any and all garbage they post to Zuck’s attention on his timeline and see if he’s as big a hypocrite as we think.