Where’s the liberal media on this? 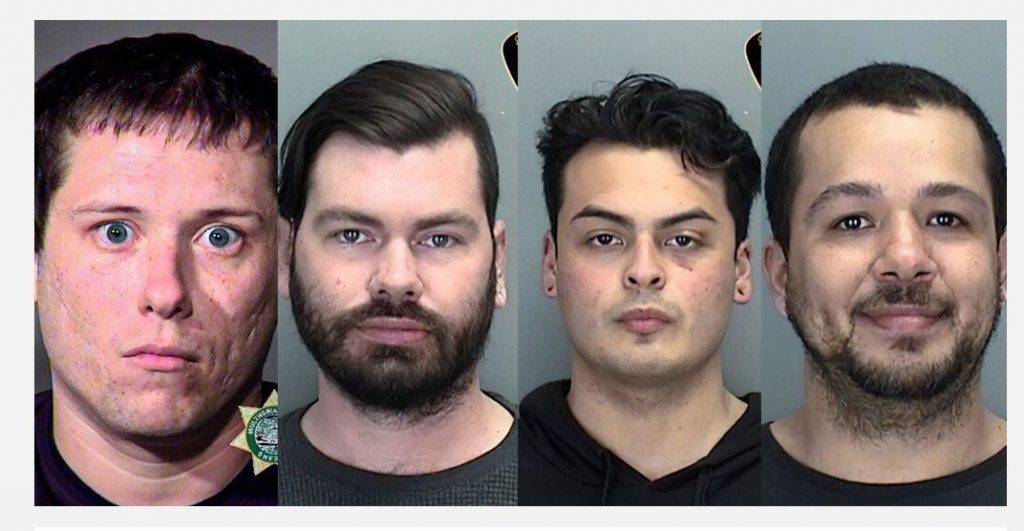 Four suspects have been arrested and charged over the violent Antifa riot at the Oregon state Capitol in Salem on Sunday where black bloc militants assaulted drivers on the road with rocks, paint and pepper spray.

The “Fascist Free 503” direct action was organized on social media by Antifa groups to confront those participating in the right-wing “Freedom Rally.” Antifa accounts from across the Pacific Northwest urged their comrades to prepare for violence.

Before noon, about 100 Antifa mostly from the Portland-area arrived at the Capitol dressed in riot gear and black clothing. The Salem Police Department said in a press release that the militants were armed with weapons and riot supplies, including guns, bats, skateboards, umbrellas, shields and gas masks.

The mob occupied Court Street in front of the Capitol building and targeted moving vehicles by hurling paint-filled balloons, rocks and other projectiles. Numerous vehicles displaying American flags had their windows shattered and windshields covered in paint. At one point, Antifa rioters threw a large tree branch through a truck’s front window, nearly impaling a female passenger inside.

Anthony Villaneda Martinez, an 18-year-old Antifa member, faces several serious charges, including felony assault of an officer, attempted assault of an officer, carrying a concealed knife and multiple counts of unlawful laser pointing. His bail was set at $52,500 and he was bailed out by the Salem Bail Fund, who coordinated with Antifa Salem. The fund took donations online via PayPal and Venmo.

Andrew Alan Foy, 34, of Portland, is charged with second-degree disorderly conduct and second-degree criminal trespass. He was also quickly bailed out by Salem Bail Fund. Foy is from a well-to-do family in Chesapeake, Va. but has started amateur gay zoophilic-themed pornography work since moving to Portland. On his professional social media, he identifies as an “independent photojournalist,” and his posts reflect support for Antifa.

Isham attended many riots in Portland and has an extensive criminal history in Oregon. He identifies as a freelance journalist.

Get a load of this fruitcake:

Nathan Lee McFarland, 33, of Salem, is accused of second-degree disorderly conduct. He was also quickly bailed out. McFarland frequently attends extreme far-left gatherings in Oregon. He has been convicted of two separate possession and felony delivery of marijuana charges in the past. His social media is filled with anti-Trump posts. McFarland promoted and has since boasted about being at Sunday’s riot on Facebook.

This pouf hangs out in gay bars:

“No hate” allowed, but they have plenty of weapons to inflict it. 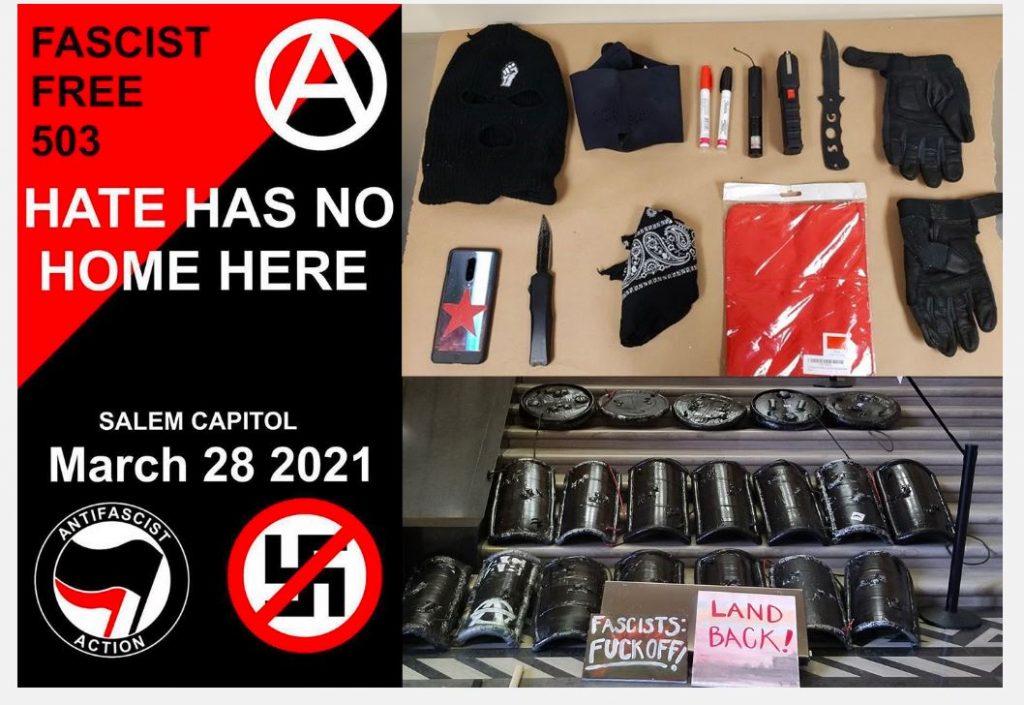 As you can see by their profiles, they inhabit some of the most feculent corners of the planet.

The Antifa/BLM goons are responsible for the destruction of businesses, police stations, and the courthouse in Portland.  Expect more of this in the next four years.