Yes, Dems are this stupid.

This is a comment by Georgia State Representative Dar’shun Kendrick about the issue of illegals during the final presidential debate.

President Trump was discussing human trafficking when he mentioned “Coyotes,” a term for a paid smuggler who sneaks illegal aliens across the US-Mexico border.

This idiot took the word literally.

She’s a corporate attorney. Let that sink in. 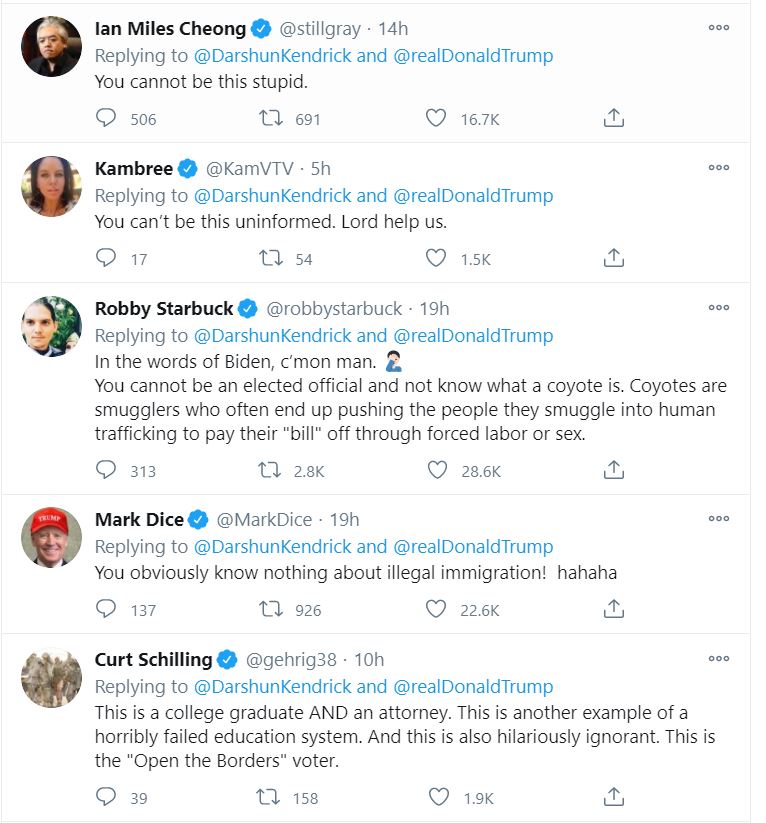 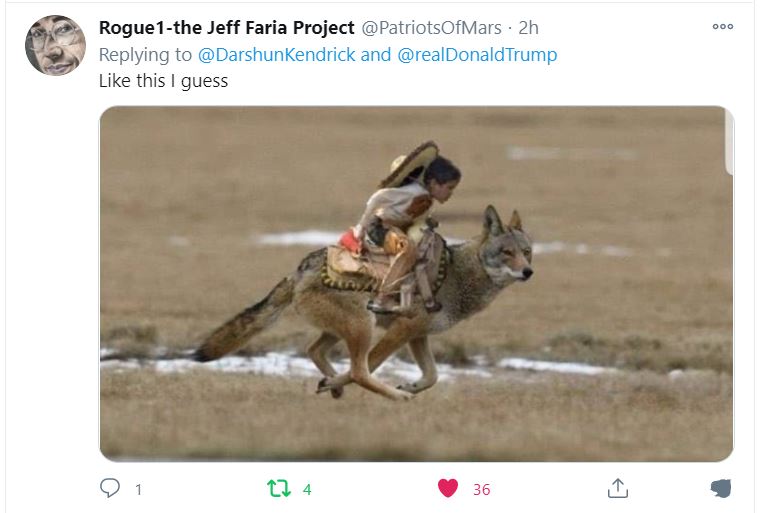 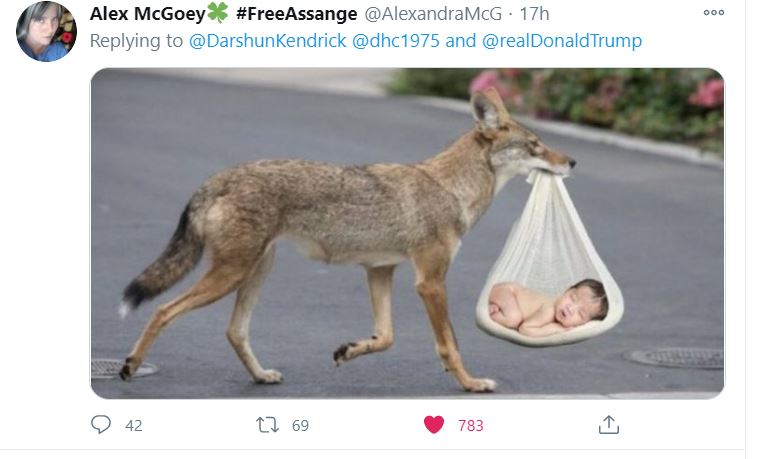 The thread of hilarious responses is hundreds of posts deep.

Dem constituents are just as stupid: 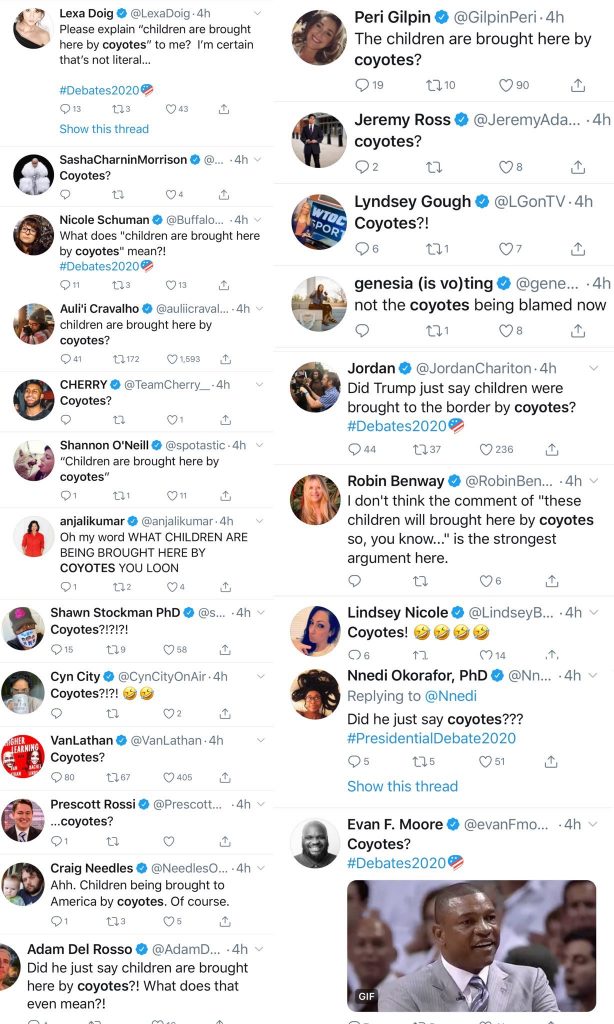 Liberals like to brag on their ‘intellect’ and how much smarter they are than conservatives and Trump supporters.  It’s the Dunning-Kreuger Effect.

1 thought on “Georgia Dem Asks, ‘How the Hell Does a Coyote Bring a Whole Human Across the Border?’, Hilarity Ensues”