You vill obey zee authorities or you vill be sent to zee camps.

Germany is set to put COVID dissidents who repeatedly fail to properly follow the rules in what is being described as a ‘detention camp’ located in Dresden.

In order to try to increase compliance, violators are told that if they receive both a warning and then a fine, a court will decide whether they should be punished with a stint in the camp.

“We don’t assume that there will be very many, but in the event that a court decides that way, there will be a facility to accommodate them,” a spokesperson told RT.

Camps. For dissidents. In Germany.

What could possibly go wrong? 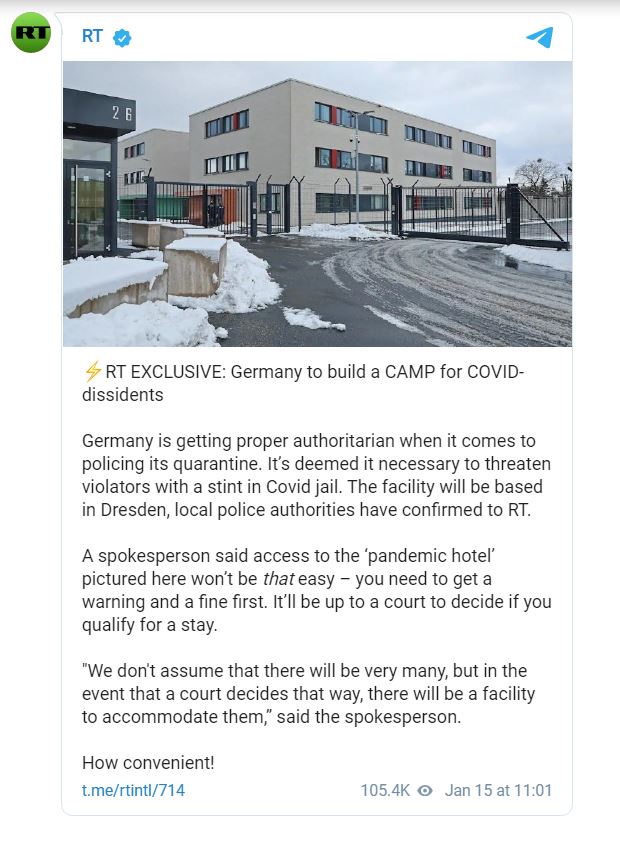 New Zealand said it would force all COVID patients and their family members into “quarantine facilities”.

Dem Assemblyman N. Nick Perry of New York’s 58th District spearheaded a bill that would allow the State to “order the removal and/or detention of such a person or of a group of such persons” who are suspected of having “a contagious disease”.

The scamdemic has given corruptocrats with an inferiority complex the chance to bring out their inner Hitler.