You just can’t make up this shit. 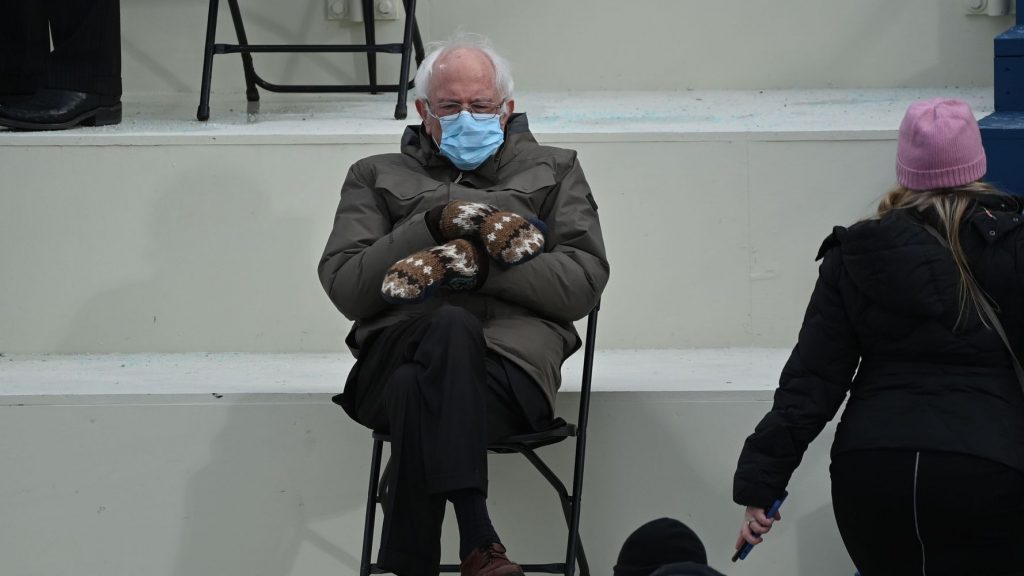 Even avowed Socialist Sen. Bernie Sanders (I-VT) is not immune from claims that he represents “white privilege” and perpetuates “white supremacy,” despite his progressive bona fides.

A writer for the San Francisco Chronicle noted, over the weekend, that Sanders’ decision to show up to President Joe Biden’s swearing-in ceremony in a standard parka coat, dress slacks, and a pair of oversized sweater-print mittens — an ensemble that launched a million memes — is emblematic of the Vermont Senator’s inability to connect with minorities.

“We’ve been studying diversity and discrimination in the United States; my students were ready. What did they see? They saw a white man in a puffy jacket and huge mittens, distant not only in his social distancing, but in his demeanor and attire,” University of California-Berkeley professor Ingrid Seyer-Ochi wrote.

“A wealthy, incredibly well-educated and -privileged white man, showing up for perhaps the most important ritual of the decade, in a puffy jacket and huge mittens,” she added.