A recent, high-level hire at the Department of Energy’s Office of Nuclear Energy is a drag queen, LGBTQ+ activist who has “lectured” on kink at college campuses and participated in interviews about fetish roleplay. In one interview, Sam Brinton – now a top Biden official – even discusses having sex with animals. 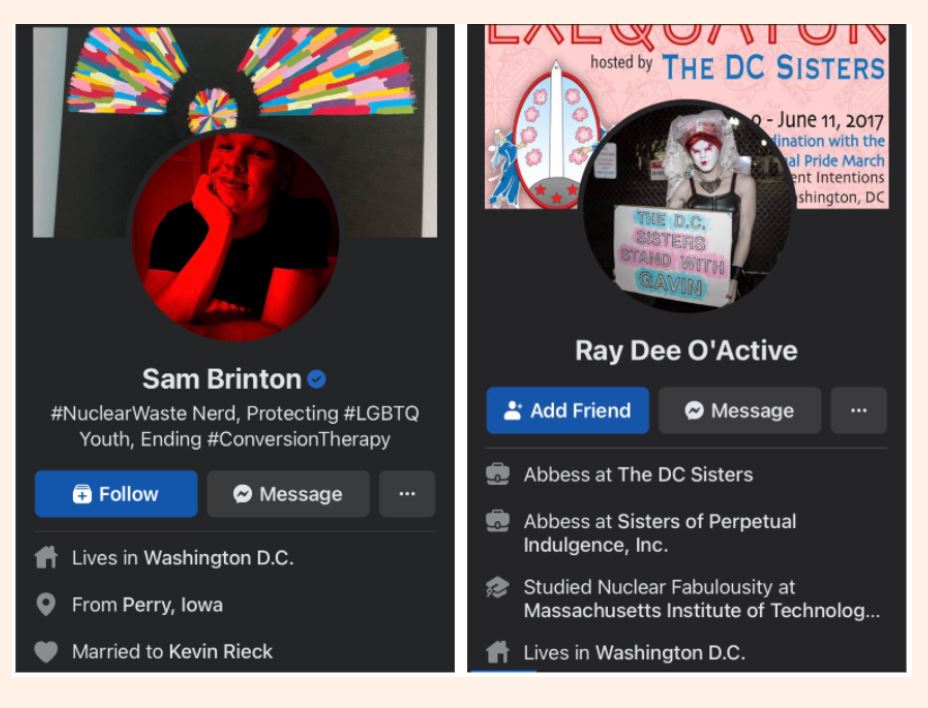 Brinton – who has written in opposition to “gay conversion therapy” – was recently tapped to serve as the Deputy Assistant Secretary of Spent Fuel and Waste Disposition in the Office of Nuclear Energy for the Department of Energy. He also goes by “Sister Ray Dee O’Active” – his drag queen alter ego.

In his own website’s bio, Brinton reveals:

“Sam has worn his stilettos to Congress to advise legislators about nuclear policy and to the White House where he advised President Obama and Michelle Obama on LGBT issues. He shows young men and women everywhere he goes that they can be who they are and gives them courage. Once, while he was walking around Disney World in 6 inch stilettos with his boyfriend, a young gay boy saw Sam with his boyfriend and started crying. He told his mother, ‘”t’s true, Mom. WE can be our own princess here.”

Brinton is an active member of the Washington, D.C. chapter of a drag queen society known as the “Sisters of Perpetual Indulgence,” which lists him as the principal contact on its 2016 and 2018 tax forms. During the group’s “Lavender Mass 2021,” Brinton can be seen referring to Anthony Fauci, who was declared a “saint,” as “Daddy Fauci.”

Fauci was widely critiqued for his role in the HIV/AIDs crisis in the 1980s, with LGBT rights activists calling him an “incompetent idiot” and a “murderer”. 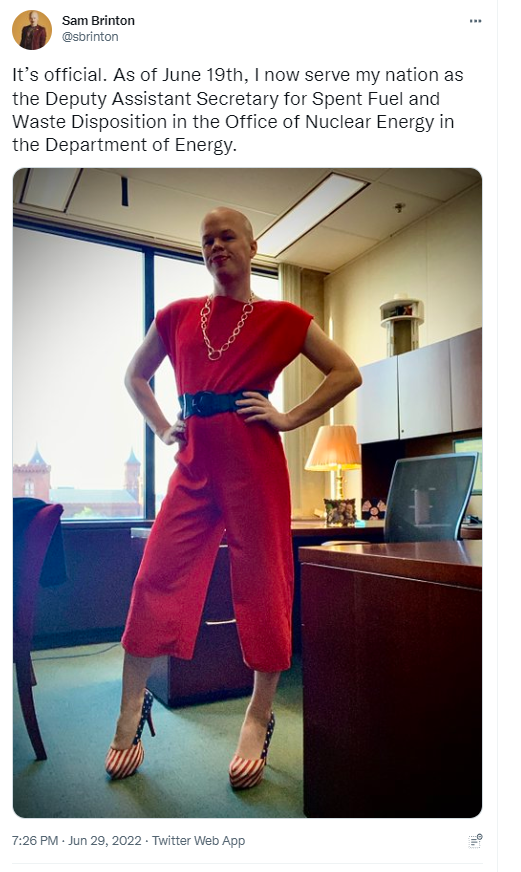 Dems always hook up with the most deranged, mentally unbalanced freaks they can find.