Last week, Meta, which owns Facebook, let go of 11,000 employees, or 13% of its workforce, across the company to save money after losing billions of dollars in revenue on lavish spending on the metaverse.

The announcement comes almost exactly a year after Facebook announced that, from 19 January 2022, it would no longer allow targeted advertising based on “topics people may perceive as sensitive, such as options referencing causes, organizations, or public figures that relate to health, race or ethnicity, political affiliation, religion, or sexual orientation.

It specifically cited “health causes” (such as awareness of lung cancer or diabetes), sexual orientation, and religious practices, as well as “political beliefs, social issues, causes, organizations and figures”.

At the time Facebook said it had been a difficult decision to remove such targeting options for advertisers “and we know this change may negatively impact some businesses and organizations. Some of our advertising partners have expressed concerns about these targeting options going away because of their ability to help generate positive societal change, while others understand the decision to remove them. Like many of our decisions, this was not a simple choice and required a balance of competing interests where there was advocacy in both directions.”

Two weeks ago, Facebook announced it had been accredited by the nonprofit industry organization the Media Rating Council (MRC) for content-level brand safety. That is part of efforts to reassure major advertisers that they do not run too big a risk of being associated with hateful or illegal content on Facebook – the kind of fears that have seen advertising campaigns paused on Twitter in recent weeks.

So that’s it. Any political or religious viewpoint that triggers liberal snowflakes and risks the loss of the advertising cash cow, will be removed.  Bizarre pronouns, bat-shit crazy gender identities, and far-Left rhetoric against Christians, Republicans, and MAGA supporters will still get free reign. 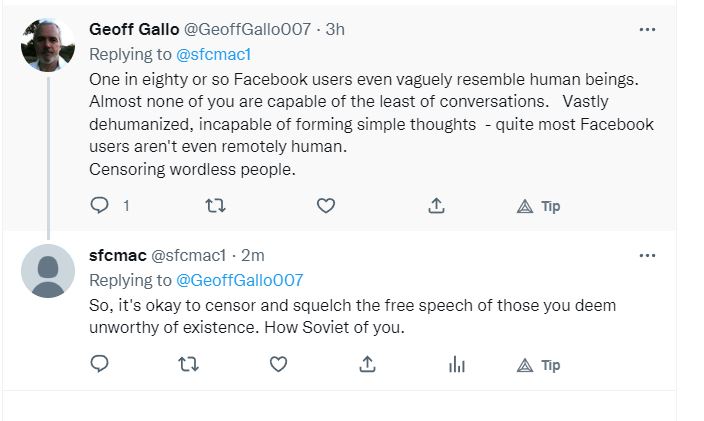 All the more reason to stick with GAB and TruthSocial.