So, the motherfucker avoids criminal liability because of a technicality.

District Attorney Mimi Rocah said in a statement that her office “has determined that, although the allegations and witnesses were credible, and the conduct concerning, we cannot pursue criminal charges due to the statutory requirements of the criminal laws of New York.”

The district attorney’s investigation looked at allegations from a report by the state attorney general’s office that concluded that Cuomo had sexually harassed 11 women while he was governor. The only two incidents Rocah focused were alleged to have occurred in Westchester County, north of New York City. 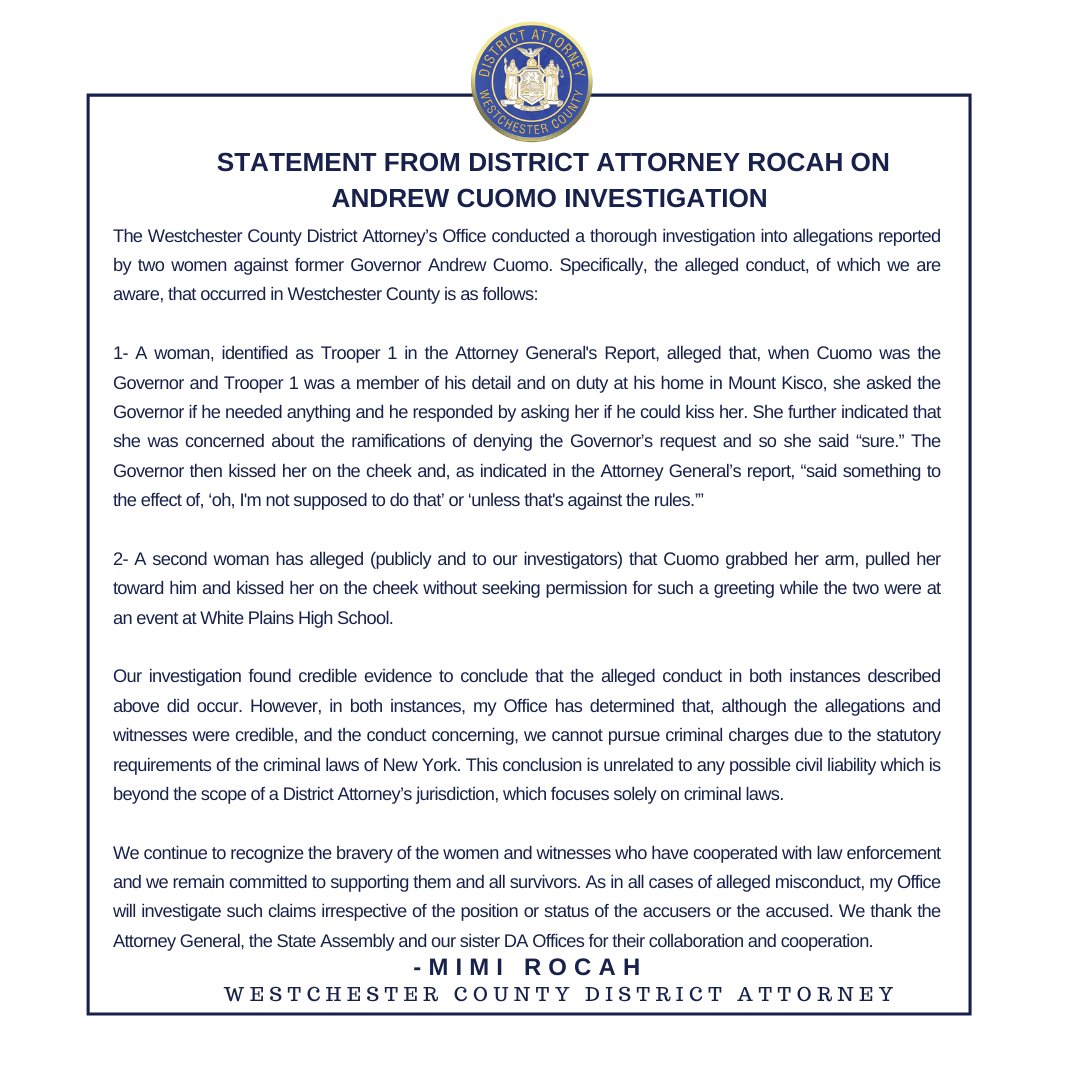 There’s no statute of limitations for murder. The son of a bitch decreed that COVID infected patients be sent to nursing homes, which resulted in the deaths of thousands of elderly people.

The NY Post broke the news that Cuomo’s top aide, Melissa DeRosa, had privately apologized to Democratic lawmakers for withholding the state’s nursing home death toll from COVID-19 — telling them “we froze” out of fear that the true numbers would “be used against us” by federal prosecutors.

He belongs in prison. But there’s a two-tiered system of justice. One for Dems, and another one for everyone else.