Winston Boogie Smith was shot and killed yesterday in Minneapolis. The shooting took place only blocks from George Floyd Square.

100 Percent Fed Up reports – When the news of Smith’s death broke, not much was known about him. Today, after an evening of BLM setting fires and looting stores in Minneapolis, like T-Mobile and CVS, more is coming out about the 32-year-old with a mile-long rap sheet, who had a warrant out for his arrest for aggravated assault, and according to the police report, “produced a handgun” during his arrest.

We decided to look further into Winston on social media and discovered that the 32-year-old was not a big fan of the police or of peaceful protests. In the video below, that was shared on his Instagram account 7 weeks ago, the rapper talked about how protesters were doing it all wrong, with their “hands in the air,” and asking for justice. He appears to suggest that he’ll be bringing the same weapons the police have to the next protest.

“Asking for justice?” he asked, adding, “Seriously, that’s the plan?” He continued, “Motherf*ckers been killing y’ all for years! Hey, I ride with my shit for years. When it come to me, that’s not the plan y’all.”

……He continued, telling his followers to “Get ready for war!” He continued with his rant, saying they’re going to “move on these ops” adding, “Suit up. Lace your boots up, it’s war f*cking time. Bring your gun to the protest. Bring the f*cking bombs and rocket launchers you been rapping about!”

Well, the muthafucka got exactly what he asked for.  He was taken out of the gene pool when he pulled out a gun and fired at cops, The police, in turn,  promptly made Smith into mincemeat.

On May 24, he shared a picture of himself posing with lawyer Ben Crump — the shitbag who represented George Floyd’s family and helped to secure a felony conviction against the ex-Minneapolis police officer who killed him, Derek Chauvin. The photo is a selfie of the two and the caption states “#Greatness.” 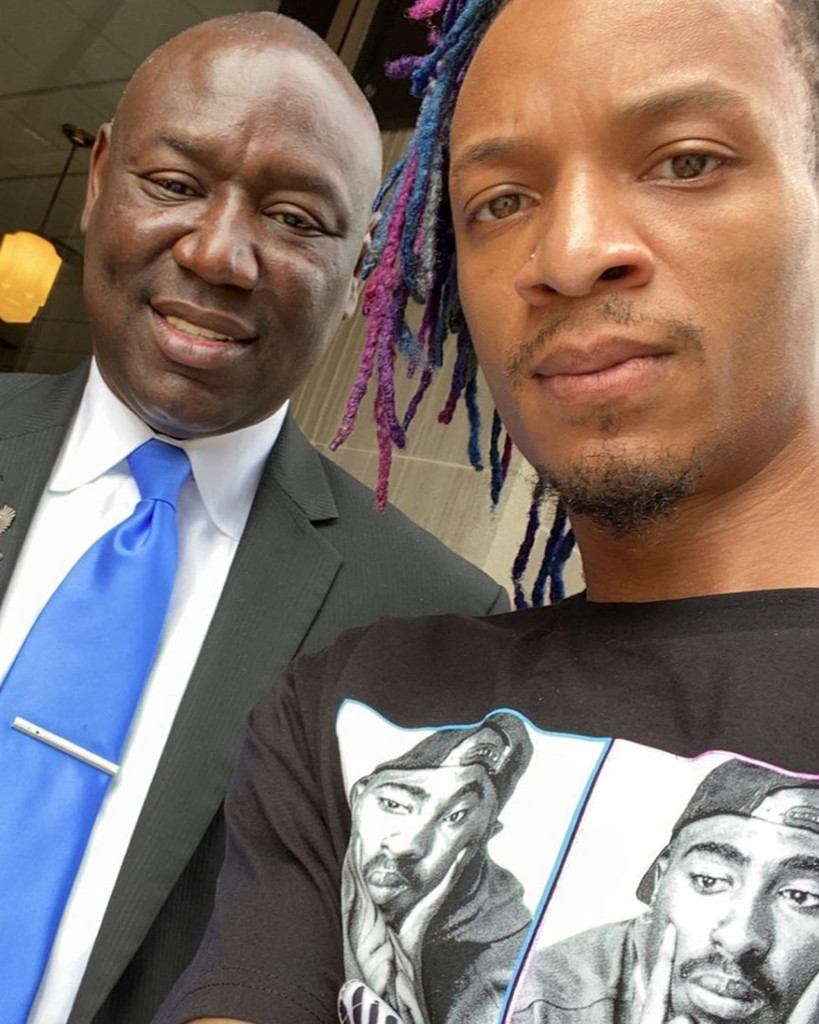 He had quite the criminal record:

Smith was wanted in neighboring Ramsey County for failing to appear for a sentencing hearing May 19 after he pleaded guilty to felony firearm possession, court records show.

The dad of two was convicted of felony aggravated robbery in 2017 and on probation and unable to possess a firearm, records show. If he had been nabbed with a firearm by cops Thursday, he could have sent back to prison.

One less thug on the planet.