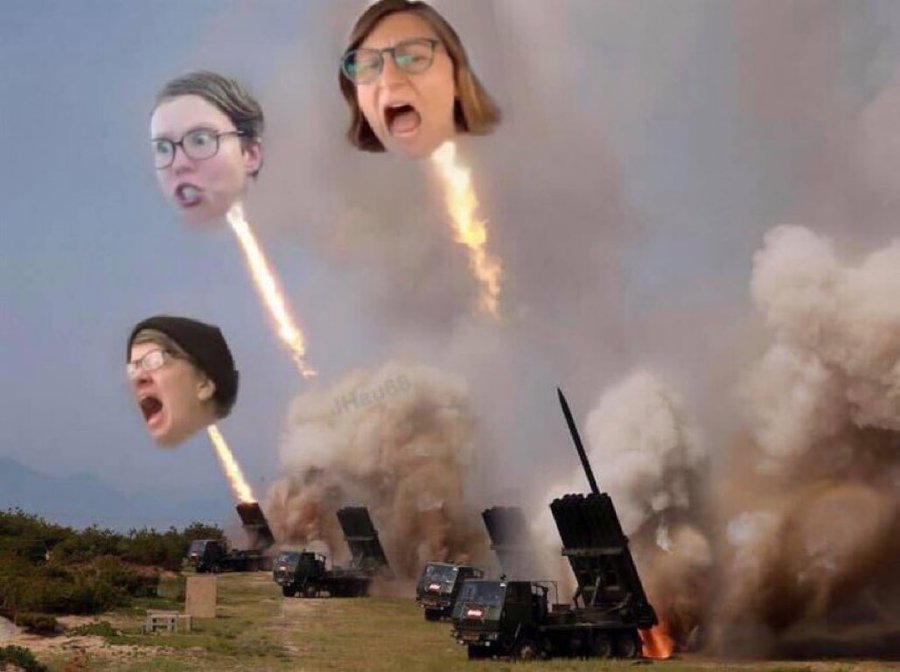 The jury found Kyle Rittenhouse not guilty. But where does the 18-year-old go to have a life? In today’s death threat atmosphere, he can’t remain in or around Kenosha, Wisconsin.

The current occupant of the White House has already declared him a “white supremacist,” sight—and just about everything else—unseen.

MSNBC’s Joy Reid has bashed him and, along with him, just about every other white male for, of all things, crying. I guess Joy came along too late for all those ’70s women’s groups condemning men for not crying. Someone should bring her up to speed.

The impeachment report impending, creepy former governor of New York with the equally creepy media brother took to Twitter with this pearl:

“Today’s verdict is a stain on the soul of America, & sends a dangerous message about who & what values our justice system was designed to protect.

“We must stand unified in rejecting supremacist vigilantism & with one voice say: this is not who we are.”

No. Who we are is a governor who locks thousands in old-age homes to die of COVID-19, but never mind. The soon-to-be-former mayor of New York City had already beaten him to the Twitter punch:

“This verdict is disgusting and it sends a horrible message to this country.

“Where is the justice in this?

“We can’t let this go. We need stronger laws to stop violent extremism from within our own nation.

Lovely, isn’t it? Reminds you of Whitman, or is it Wordsworth?

Quick advice for Rittenhouse on relocating: Stay out of New York!

Unfortunately, as we know, there may be no place for him to go in today’s world.

These people aren’t spewing their outrage alone; it’s all over the internet and television. This trial has been more lied about than … than … well, no good analogy comes to mind because just about everything is lied about these days.

In the case of Rittenhouse, some of the more obvious lies were that he wasn’t legally entitled to have a gun at 17 (he was) and that he had crossed state lines to get into trouble (his father lived in Kenosha).

Normally, the case wouldn’t have been tried at all. It was obvious self-defense. We do, last I heard, have the right of self-defense and the right to bear arms, although much of the craziness around this trial seems aimed at taking those rights away.

But the biggest lie of all was and is about race. Rittenhouse has been called a “white supremacist” more times than Joe Biden has said “C’mon, man.” This even though all combatants in the trial incident were white. As clearly shown on videotape, a young white man was defending himself against extremely violent white attackers.

Yet it’s become another version of the old story: Who are you going to believe, me or your lying eyes? Or more ominously and, alas, more accurately, as Joseph Goebbels once put it, “A lie told once is just a lie, but a lie told a thousand times becomes the truth.”

Unfortunately, we are well past a thousand when it comes to false accusations of racism in our country, maybe closer to a million.

If racism were a god, the Democrats would pray to it and the media would write its bible.

Following the recent ruling in the Kyle Rittenhouse trial which found him not guilty on all charges, leftists across social media have begun having a collective meltdown.

……As the news Rittenhouse’s innocence was announced, left-wing politicians, commentators, pundits, celebrities, and professors posted about the verdict across social media: 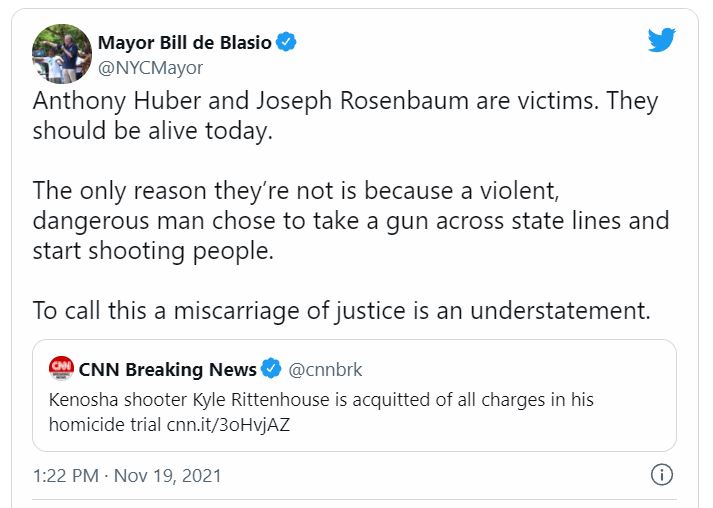 This is coming from the current mayor of a Dem-controlled cesspool of murder, assault, and random violence. He needs to sit this one out. 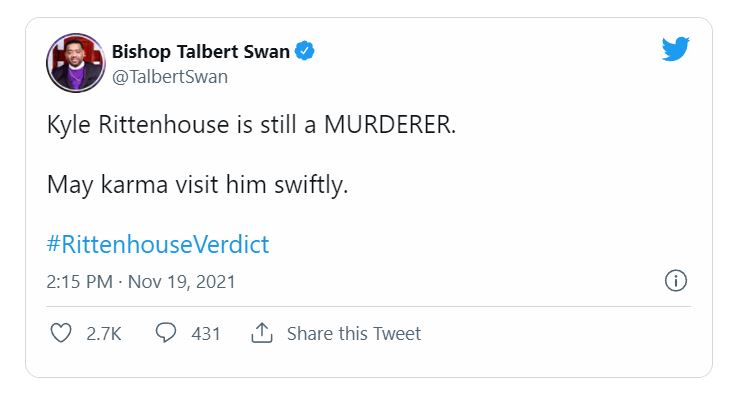 Nadler, who is one biscuit away from 500lbs, is also a complete moron.  There is no evidence that Wendy Rittenhouse drove her son to Kenosha, and no evidence that her son was armed when he left their Illinois home for Kenosha.

Totally forgot that one of the thugs who attacked Rittenhouse had a gun and pointed it right at Rittenhouse. 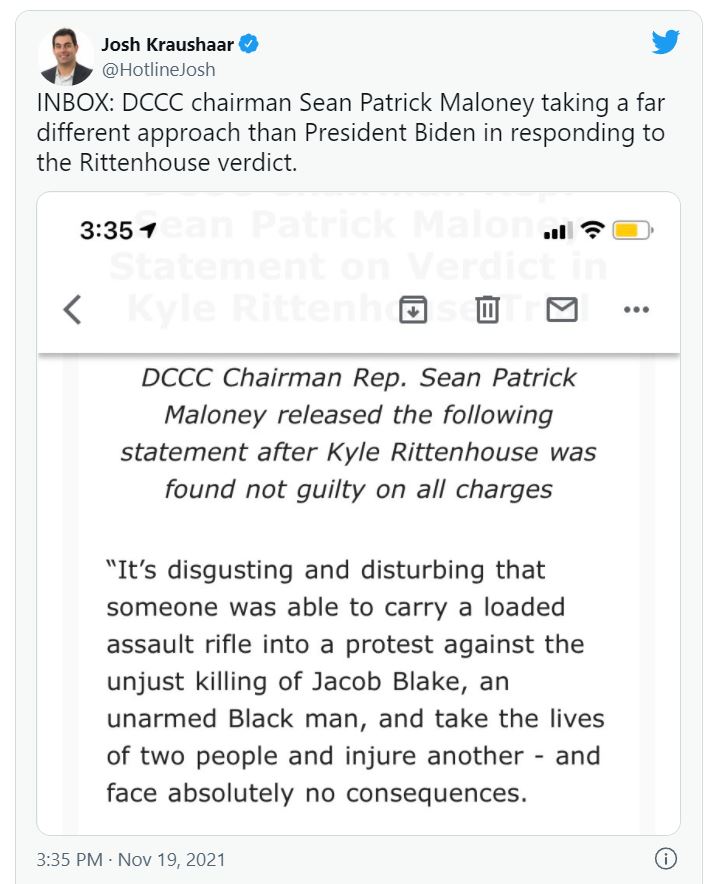 Blake was not unarmed, nor was he killed.

The Award for Best Drama Queen goes to:

“Fuck America” a woman says before having a seizure on the Kenosha Courthouse steps pic.twitter.com/Lmx8LxBCLQ 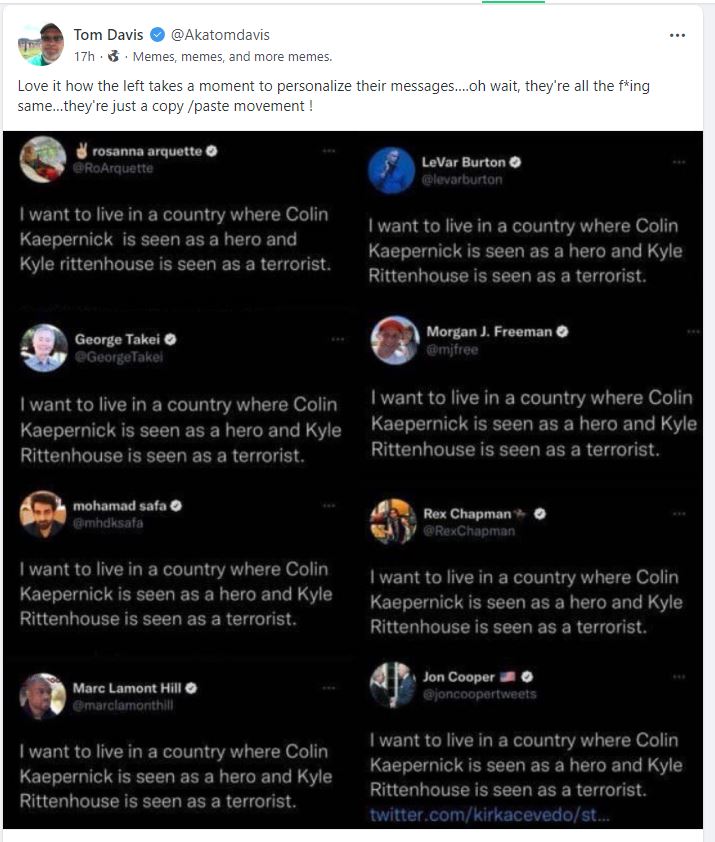 The Independent falsely claimed that Kyle Rittenhouse shot three black men after he was acquitted of all charges Friday for shooting three white men in self-defense during the August 2020 Kenosha, Wisconsin, riots.

“Full story: Teenager who shot three black men with rifle found not guilty on all charges,” the Independent wrote in a bullet point on the main page of its website Friday. The error was quickly corrected, although the outlet did not publicly acknowledge or apologize for the mistake. 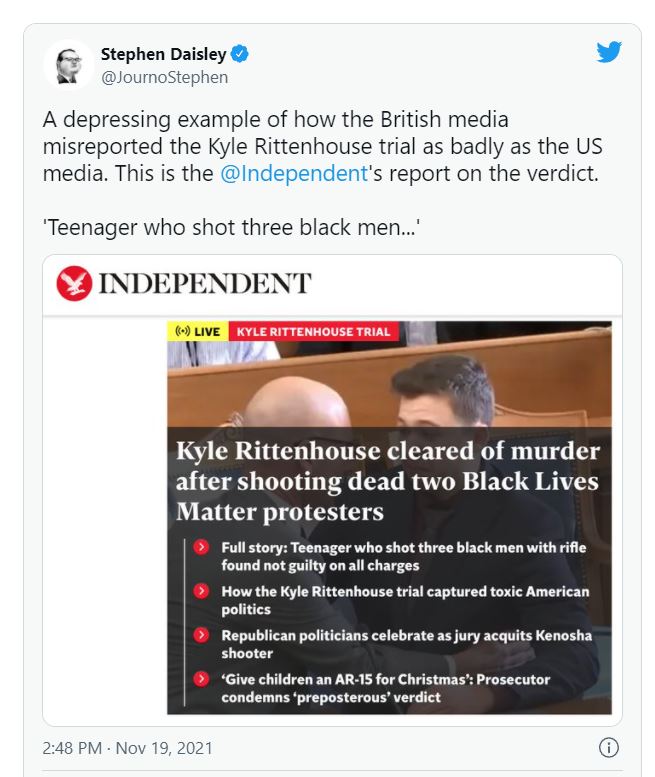 ……Journalist Glenn Greenwald said that the same error had occurred in numerous Brazilian newspapers as well as in a Dutch publication Friday. 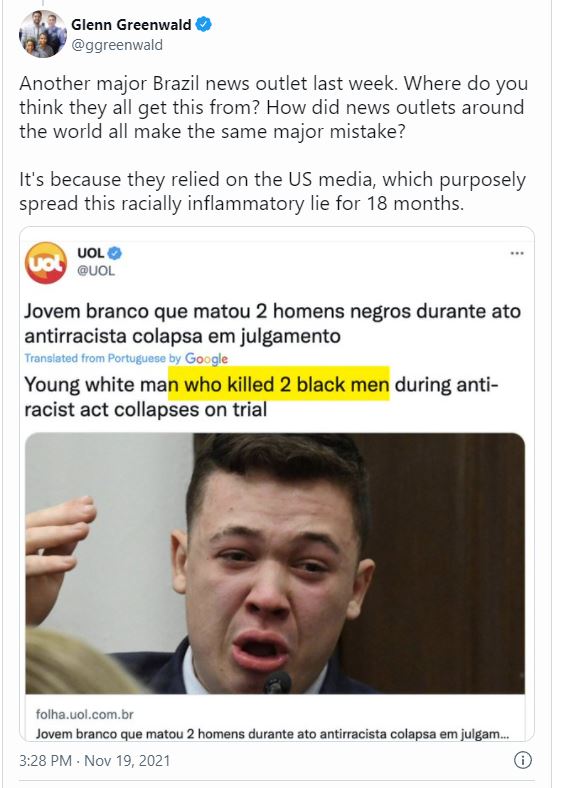 “The largest media outlets in Brazil this week had to retract their articles on the Rittenhouse case because they claimed it was a case of a white youth having shot and killed two black men. They got this from the US media, which deliberately cultivated this false narrative,” Greenwald wrote. 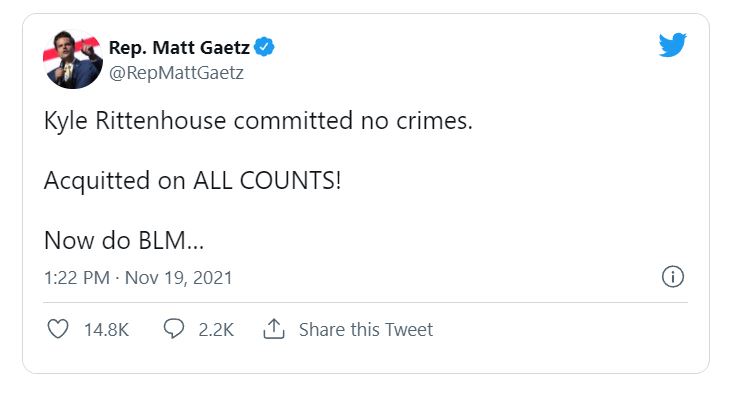 Even Rep. Tulsi Gabbard (D-HI), got it right: 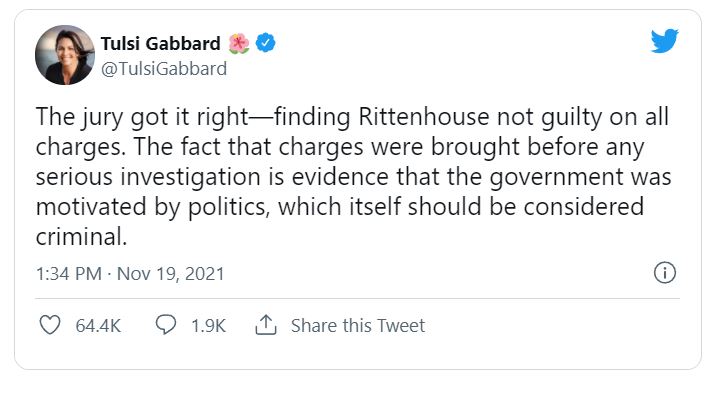 Everything lefties disagree with is “racism”. Every one who disputes their ideology is a “white supremacist”. Hackneyed trope is