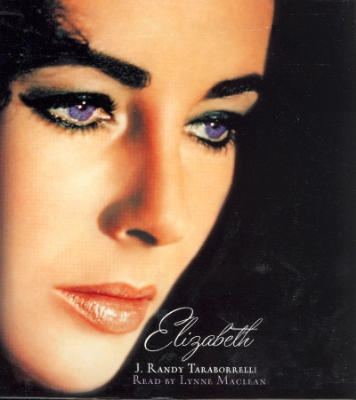 Wow. What can you say? Love her or not, she was certainly one of a kind. She led a very tumultuous life, but she was always herself.

Elizabeth Taylor went from dazzling beauty in her glory years to self-described ruin in old age.

She spent almost her entire life in the public eye, from tiny dancer performing at age 3 before the future queen of England, to child screen star to scandalous home-wrecker to three-time Academy Award winner for both acting and humanitarian work.

A diva, she made a spectacle of her private life — eight marriages, ravenous appetites for drugs, booze and food, ill health that sparked headlines constantly proclaiming her at death’s door. All of it often overshadowed the fireworks she created on screen.

Yet for all her infamy and indulgences, Taylor died Wednesday a beloved idol, a woman who somehow held onto her status as one of old Hollywood’s last larger-than-life legends, adored even as she waned to a tabloid figure.

Taylor, 79, died of congestive heart failure at Cedars-Sinai Medical Center, where she had been hospitalized for about six weeks.

“We know, quite simply, that the world is a better place for Mom having lived in it. Her legacy will never fade, her spirit will always be with us, and her love will live forever in our hearts,” her son, Michael Wilding, said in a prepared statement.

A star from her teen years in such films as “National Velvet,” “Little Women” and “Father of the Bride,” Taylor won best-actress Oscars as a high-end hooker in 1960s “BUtterfield 8” and an alcoholic shrew in a savage marriage in 1966’s “Who’s Afraid of Virginia Woolf?”

In the latter, she starred with husband Richard Burton, their on-screen emotional tempest considered a glimpse of their stormy real lives (they divorced in 1974, remarried in 1975 and divorced again a year later).

For all the ferocity of her screen roles and the turmoil of her life, Taylor was remembered for her gentler, life-affirming side.

“The shock of Elizabeth was not only her beauty,” said “Virginia Woolf” director Mike Nichols. “It was her generosity, her giant laugh, her vitality, whether tackling a complex scene on film or where we would all have dinner until dawn.”

“She is singular and indelible on film and in our hearts,” he said.

Though Taylor continued acting in film, television and theater in the 1980s and 1990s, she called it quits on the big screen with 1994’s “The Flintstones,” playing caveman Fred’s nagging mother-in-law.

She was remembered for her friendship, standing by Michael Jackson, Rock Hudson and other troubled friends.

She fell from a horse while shooting 1944’s “National Velvet,” causing a back injury that plagued her for the rest of her life. Her third husband, producer Michael Todd, died in a plane crash after only a year of marriage.

Taylor had life-threatening bouts with pneumonia, a brain tumor and congestive heart failure in her 60s and 70s, and from drug and alcohol abuse, including a 35-year addiction to sleeping pills and painkillers, which prompted her to check in to the Betty Ford Center.

She had at least 20 major operations, including replacements of both hip joints and surgery to remove the benign brain tumor.

Taylor also dealt with obesity, packing on as much as 60 pounds and writing, “It’s a wonder I didn’t explode” in her 1988 book “Elizabeth Takes Off,” about how she gained the weight and then shed it.

“Eating became one of the most pleasant activities I could find to fill the lonely hours and I ate and drank with abandon,” she said.

After a lifetime of ailments and self-abuse, Taylor said in a 2004 interview with W magazine that “my body’s a real mess. … Just completely convex and concave.”

Her trials made her a butt of jokes, but even when people made fun, she preserved a hint of the divine aura of her youth.

……Her eyes were only part of the charms that took her to the top in Hollywood and kept her there for decades.

Her family moved to Hollywood at the outset of World War II. She then made her screen debut with a tiny part in the 1942 comedy “There’s One Born Every Minute.” Her big break came a year later in “Lassie Come Home.”

Taylor’s screen test for the film won her both the part and a long-term contract. She grew up quickly after that.

“I have the emotions of a child in the body of a woman,” she once said. “I was rushed into womanhood for the movies. It caused me long moments of unhappiness and doubt.”

Steady work and high-profile romances followed into her late teens, with early lovers including athletes Ralph Kiner and Glenn Davis and hotel heir Conrad Hilton Jr., whom she married at age 18 and divorced just months later.

Taylor showed her first real grown-up glimmers as an actress with 1951’s “A Place in the Sun,” adapted from Theodore Dreiser’s novel “An American Tragedy.”

After some old-fashioned costume pageants (“Ivanhoe,” “Beau Brummell”) and romances (“The Last Time I Saw Paris,” “The Girl Who Had Everything”), Taylor set the screen ablaze opposite Rock Hudson and James Dean in the 1956 epic “Giant.”

She was primed to become one of the era’s most-acclaimed actresses.

Taylor got four straight Oscar nominations from 1957-1960, for “Raintree County,” the back-to-back Tennessee Williams adaptations “Cat on a Hot Tin Roof” and “Suddenly, Last Summer,” then her win for “BUtterfield 8,” a film she later disparaged.

Professional success was tempered by the headlines that came with Taylor’s personal life. She was wed again at 19, to British actor Michael Wilding, a marriage that lasted four years and produced two sons.

She married producer Todd, with whom she had a daughter. Fisher was best man at Todd’s wedding to Taylor. A year after Todd’s death in the plane crash, Fisher left Reynolds to marry Taylor, who converted to Judaism before the wedding.

The movie was derided by critics as a bloated bore, but the ardor between Taylor’s Cleopatra and Burton’s Marc Antony came to life for real as the co-stars began one of Hollywood’s great and stormy love affairs.

The romance created such a sensation that the Vatican denounced their behavior as the “caprices of adult children.”

After Taylor divorced Fisher and Burton divorced his wife, they were married in 1964. Along with a daughter, the fiery relationship produced a surprisingly durable working partnership.

Over a decade, Taylor and Burton co-starred in “The VIPs,” “The Sandpiper,” “The Taming of the Shrew,” “The Comedians,” “Dr. Faustus,” “Boom!”, “Under Milk Wood,” and “Hammersmith is Out.”

They also starred in a 1973 TV movie, “Divorce His, Divorce Hers,” prophetically about the breakup of a marriage. Their own first marriage ended a year later.

But it was “Who’s Afraid of Virginia Woolf?”, released in 1966 when their marriage still was fairly fresh, that stands as the dramatic peak for Taylor and Burton and an eerie window into an explosive romance.

Based on Edward Albee’s play, the film stars Burton and Taylor as George and Martha, who nearly destroy each other over the course of a drunken evening of vicious role-playing and mind games with another couple.

“We fight a great deal,” Burton once said of his real life with Taylor, “and we watch the people around us who don’t quite know how to behave during these storms. We don’t fight when we are alone.”

……After their second marriage ended, Taylor and Burton reunited professionally for a touring production of Noel Coward’s “Private Lives” in 1982. Burton died two years later. Taylor married Warner in 1976, and they divorced in 1982.

Two of Taylor’s early marriages, to Wilding and Todd, were to men 20 years older than she was. For her final marriage in 1991, Taylor wed a man 20 years younger, Larry Fortensky, a trucker and construction worker she met at the Betty Ford Center.

That wedding was a media circus at the ranch of her friend, Michael Jackson. It included the din of helicopter blades, a journalist who parachuted to a spot near the couple and a gossip columnist as official scribe.

By 1995, Taylor and Fortensky had separated. She divorced for the last time in 1997.

“I was taught by my parents that if you fall in love, if you want to have a love affair, you get married,” Taylor once said. “I guess I’m very old-fashioned.”

Not long before Burton’s death, as her Hollywood career was winding down and her first stint in rehab lay before her, Taylor, turning 50 at the time, looked back on her life self-critically but unapologetically.
http://news.yahoo.com/s/ap/20110323/ap_en_ce/us_obit_taylor