Not everyone in the USSA wants to goose step to Dear Leader’s dictatorship. 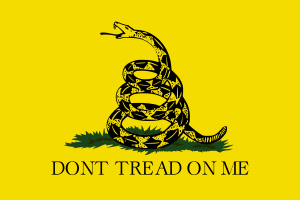 From the Daily Caller.

Less than a week after a New Orleans suburbanite petitioned the White House to allow Louisiana to secede from the United States, petitions from seven states have collected enough signatures to trigger a promised review from the Obama administration.

By 6:00 a.m. EST Wednesday, more than 675,000 digital signatures appeared on 69 separate secession petitions covering all 50 states, according to a Daily Caller analysis of requests lodged with the White House’s “We the People” online petition system.

A petition from Vermont, where talk of secession is a regular feature of political life, was the final entry.

Petitions from Alabama, Florida, Georgia, Louisiana, North Carolina, Tennessee and Texasresidents have accrued at least 25,000 signatures, the number the Obama administration says it will reward with a staff review of online proposals.

The Texas petition leads all others by a wide margin. Shortly before 9:00 a.m. EST Wednesday, it had attracted 94,700 signatures. But a spokesperson for Gov. Rick Perry said Tuesday afternoon that he does not support the idea of his state striking out on its own…….Fourteen states are represented by at least two competing petitions. The extra efforts from two states — Missouri and South Carolina — would add enough petitions to warrant reviews by the Obama administration if they were combined into petitions launched earlier.

This is a symbolic protest by millions of American patriots who are sick of the socialist train wreck that has been forced on this country, and didn’t want it in the first fucking place.  It’s a smack upside Obama’s empty head to remind him that there’s a large portion of America that won’t put up with his malfeasance.

The Tea Party movement was just the beginning.

2 thoughts on “Secede Petitions Get Thousands of Signatures, All 50 States Participate”