Prominent conservatives are calling for Kyle Rittenhouse, cleared of murder charges on Friday, to sue corporate media outlets and others for defamation.

A jury cleared Rittenhouse of charges of intentional homicide, reckless homicide, attempted intentional homicide, and two counts of reckless endangerment after a roughly two week trial and four days of jury deliberation. In the aftermath of the verdict, some supporters of the teen are pledging to donate to a fund so he could take legal action against outlets and prominent figures that called him a white supremacist and other labels without evidence.

“What happened to him in this mob justice is grotesque. Absolutely grotesque,” conservative radio host and Blaze Media CEO Glenn Beck said in a video posted to Twitter. Beck said that the media portrayal of Rittenhouse since the teen killed two men and wounded a third in self defense last year has had an irreversible negative impact on his future.

“Where’s he going to go to work? You go to work now and you apply for a job and they immediately Google your name. You think he’s going to be fine, he’s going to get a job?” Beck asked. “I will tell you, and I hope you would feel the same way, I’d give money … for his offense, to now go on the offense and sue the crap out of corporate media for what they’ve done. They lied about him the whole time. They destroyed his life. It is time to say enough is enough with the corporate media.”

Beck also called for President Joe Biden to apologize to Rittenhouse after his account posted a tweet last year suggesting that the teen was a white supremacist. “President Biden should be issuing an apology today. He has smeared him. Everybody has smeared this guy. Where are the apologies?” Beck said.

……The Daily Wire’s Matt Walsh and Candace Owens also joined in calls for Rittenhouse to sue media outlets and others over their portrayals of the teen.

“I hope Rittenhouse bankrupts all of you dirtbags in media who smeared him as a white supremacist. I hope he ruins your life. I want you to suffer. It’s what you deserve. It’s justice,” Walsh tweeted.

“This was a kid that was smeared as a domestic terrorist and a white supremacist, not just by media members but by the now sitting president of the United States,” Owens said on a livestream after the verdict dropped. “I want vengeance. I want to make sure that Kyle, until he’s 92 years old, is suing every single person [who defamed him.]”

Biden implied that Kyle Rittenhouse was a white supremacist in a digital ad he posted to Twitter as a presidential candidate. 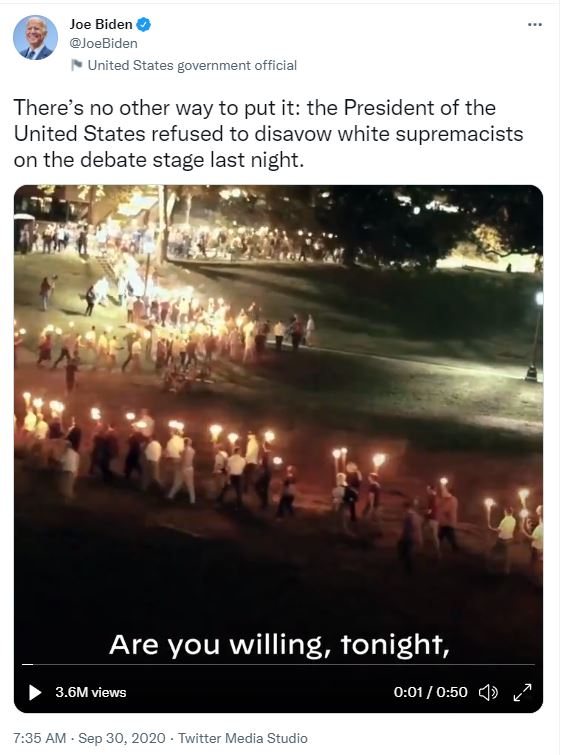 Nicholas Sandman, the Covington teen who was slandered and falsely accused by the MSM of harassing a Native American Freon Ranger (who was known for stolen valor), and received numerous death threats, sent a message to Kyle telling him, “You don’t have to face it alone”.

Sandman won an undisclosed amount in a defamation suit against the hacks at CNN.

Kyle should sue the shit out of every network that dragged his name through the mud and incited violence and threats on his life.