Thousands of pro-Trump supporters mobbed the D.C. city streets on Saturday as part of a “Million MAGA March” meant to show support for the president and protest what marchers claim is a rigged election in favor of Biden.

Photos from the event showed large crowds marching and milling about in downtown Washington. Liberal counter-protesters were reported to be in attendance as well. 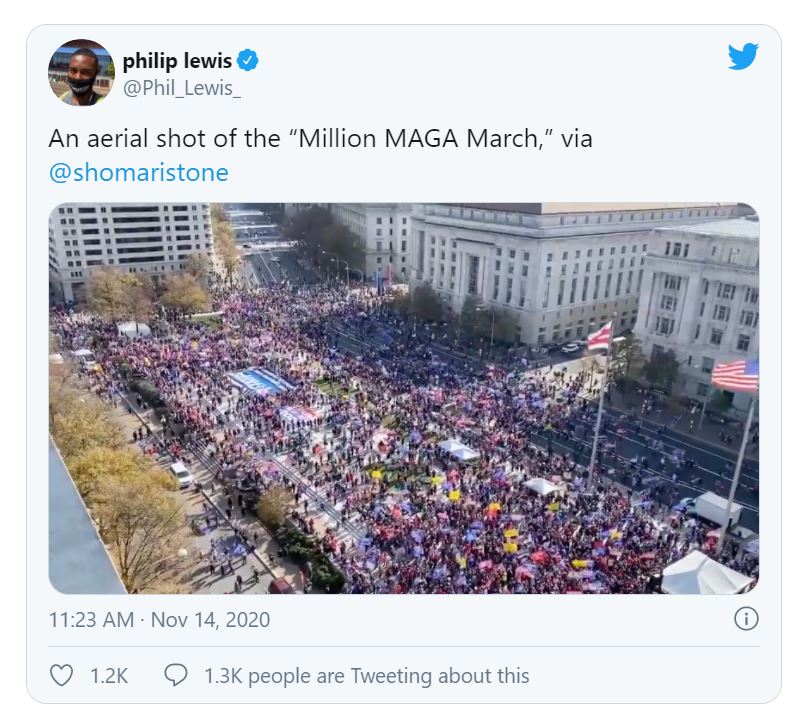 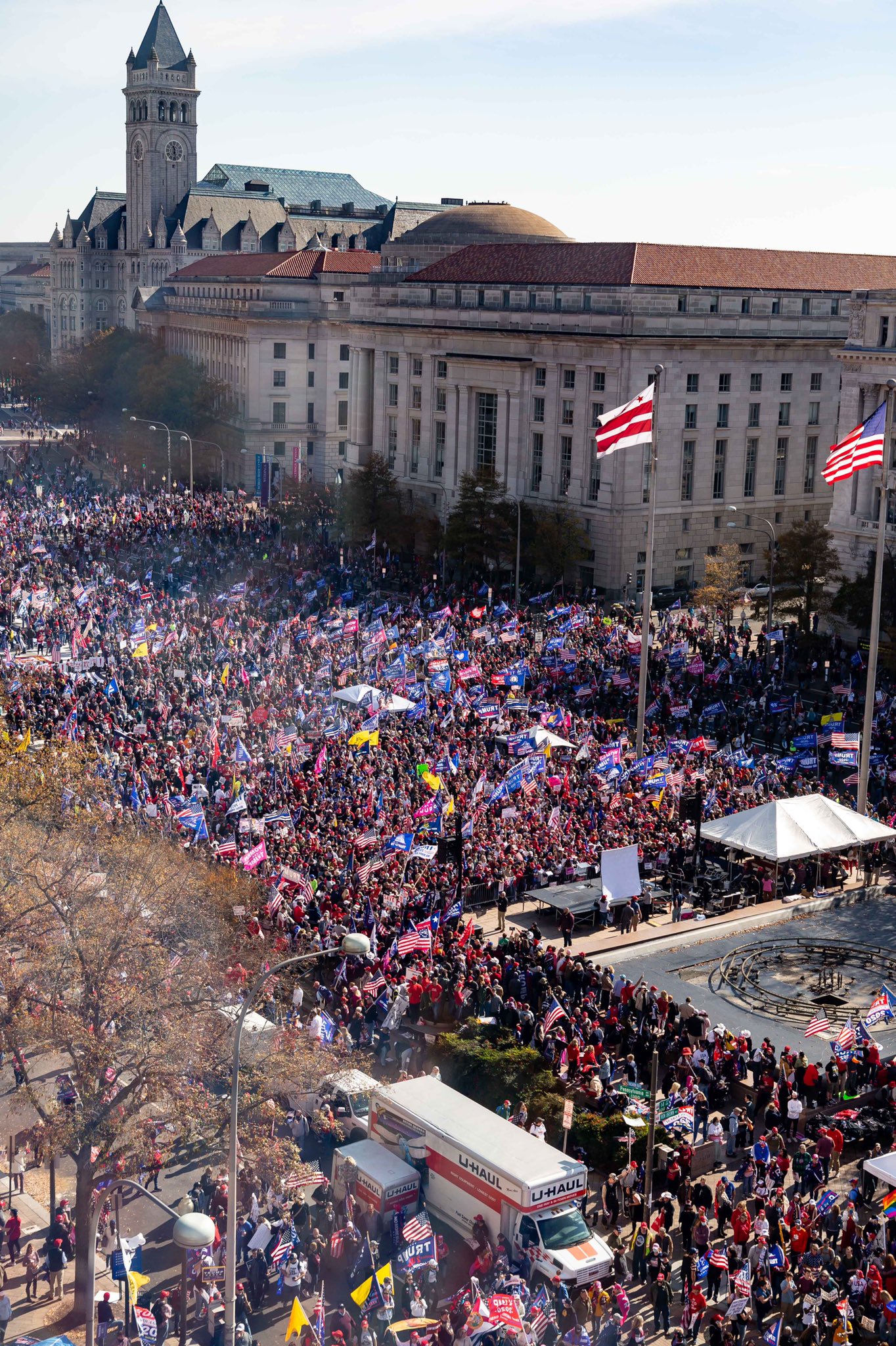 President Trump made a motorcade appearance at the event earlier in the day, fulfilling a Friday intimation that he might “stop by” the march at some point.

Throngs of supporters were seen flocking to Trump’s motorcade late Saturday morning. Trump was observed waving from the lead vehicle as it passed through the crowd.

……The pro-Trump faction turned out in favor of Trump and to protest what they claim is an effort by Democrats to steal the election from the president.

Trump on Friday expressed gratitude for the demonstrations.

“Heartwarming to see all of the tremendous support out there, especially the organic Rallies that are springing up all over the Country, including a big one on Saturday in D.C,” he wrote on Twitter.

More events are going to be held around the country to support President Trump.

If Biden and his Prog thug supporters think we will tolerate an election stolen by ballot tampering and voter fraud, they’re going to see a 4-year war that will leave them bloodied and battered.