Since the race-baiters want to politicize and exploit this, it’s on.

Hat tip to Chicago News Report, which saved some photos from Martin’s MySpace page (miramars_numba9) before MySpace threw them down the memory hole.

This is what pops up when you try to access it now:

This profile is undergoing routine maintenance. We apologize for the inconvenience!

I can hardly wait to see the “maintenence”.

One of his friends on MySpace calls himself “Taliban Banks Hit Squad”.  He’s got pictures of himself posing with his fellow gangstas, his tats, and a picture of some guns that, in his verbage: “me nd my bra just copped some shit a nigga neva seen”.  Muthafucka’s a real Shakespeare, isn’t he? 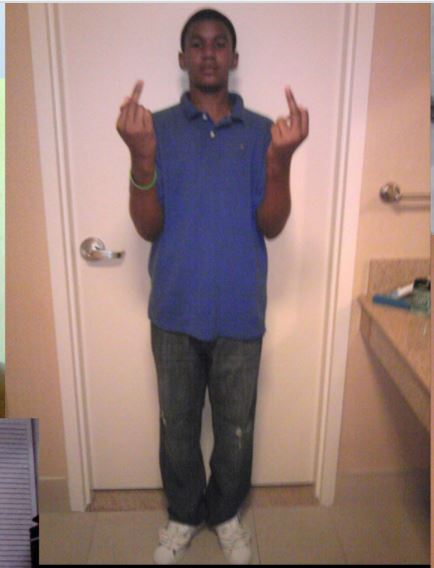 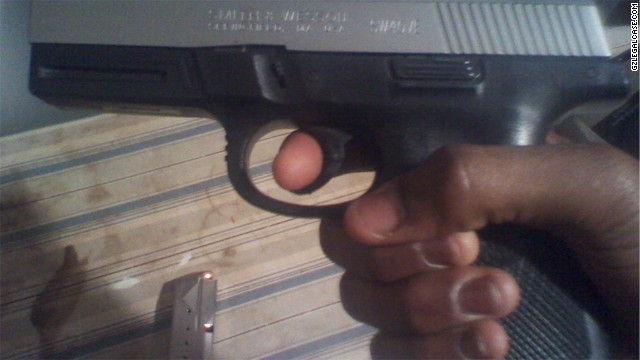 This breakdown of Martin’s persona and his friends is provided by Wagist:

His friends posted supportive messages using it as well, about how happy they were that Trayvon whooped Zimmerman’s ass before he died. 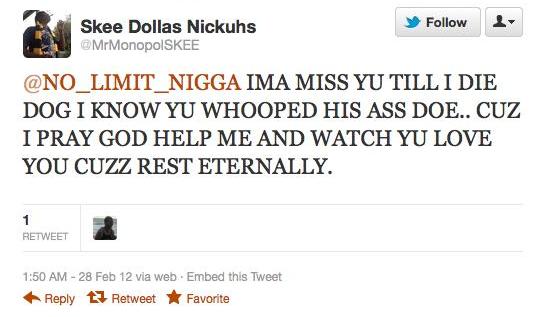 Another post makes reference to Trayvon having “swung on a bus driver” a few days before he died.

Did that have something to do with his ten-day suspension? 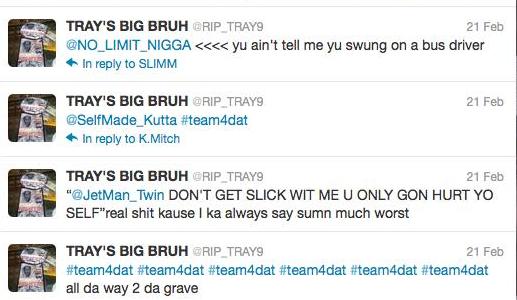 He had been suspended multiple times and his mother recently transferred him to a school further away.

The school confiscated some women’s jewelry from Trayvon which was believed to have been stolen.

Based on the 911 audio, Trayvon was in fact behaving in a very suspicious way.
http://www.examiner.com/charleston-conservative-in-charleston-sc/zimmerman-was-on-the-ground-being-punched-when-he-shot-trayvon-martin

All the red flags that went up with Martin’s behavior indicate that he would have ended up in prison or dead eventually.  George Zimmerman was performing a public service for his neighborhood, and by the looks of things, he did his job.