This is why Parler and GAB are so crucial.

Twitter is massively purging conservative accounts in the aftermath of the Capitol Riot.

“It’s clear that Twitter is wiping out conservative accounts,” Daily Wire writer Matt Walsh tweeted. “That’s why your follower counts are going down. This is the biggest purge we’ve seen, and not the last.” 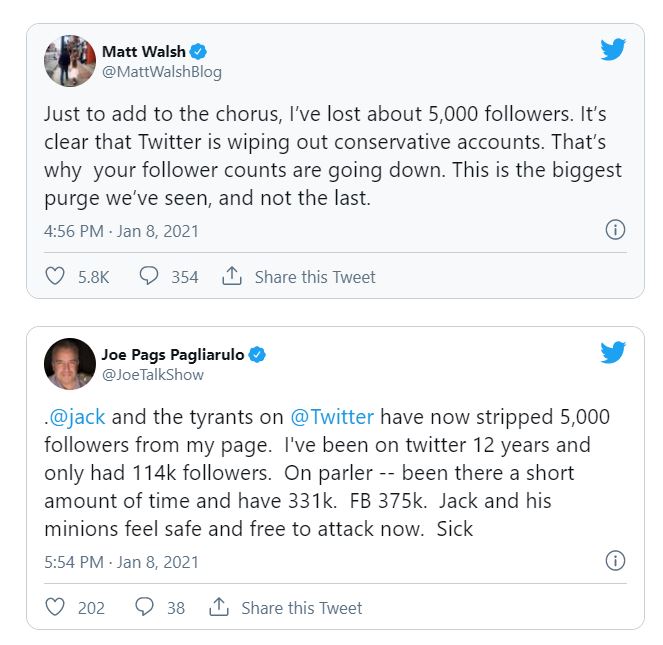 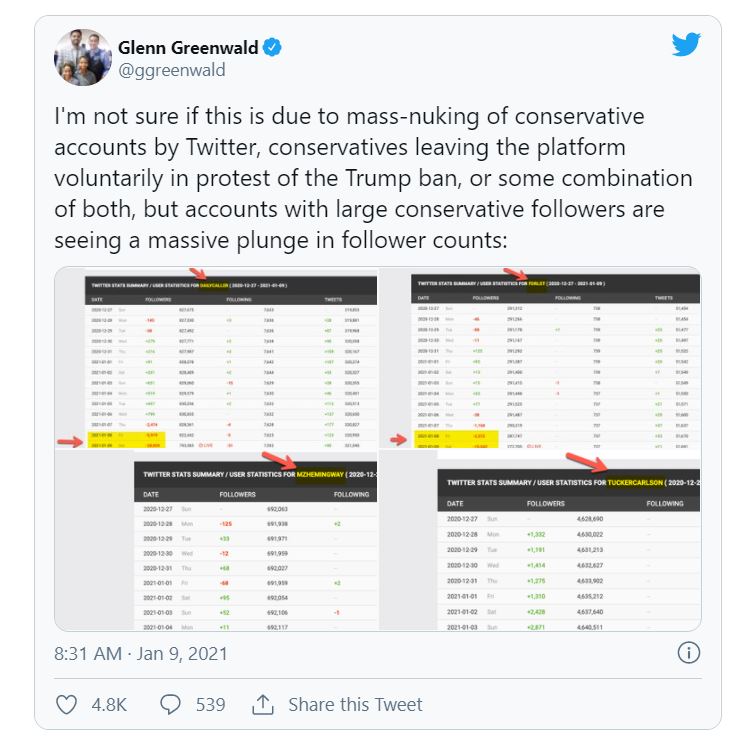 In other words, content that goes against Twitter’s left-wing agenda.

When a business turns on roughly half of its customers, treats them like criminal suspects or seeks to deprive them of their services, can they prosper? The answer is “No.”

Social media is dying, they just don’t know it yet. All the so-called “giants” of Silicon Valley: Twitter, Facebook, and their ilk cannot continue successfully “as is.” In the lead-up to the 2020 election, and certainly in the aftermath of the January 6th Capitol riot, persons and organizations not subscribing to the new orthodox socialist ideology of the American Left have found themselves “de-platformed,” suspended, erased, minimized and banned.