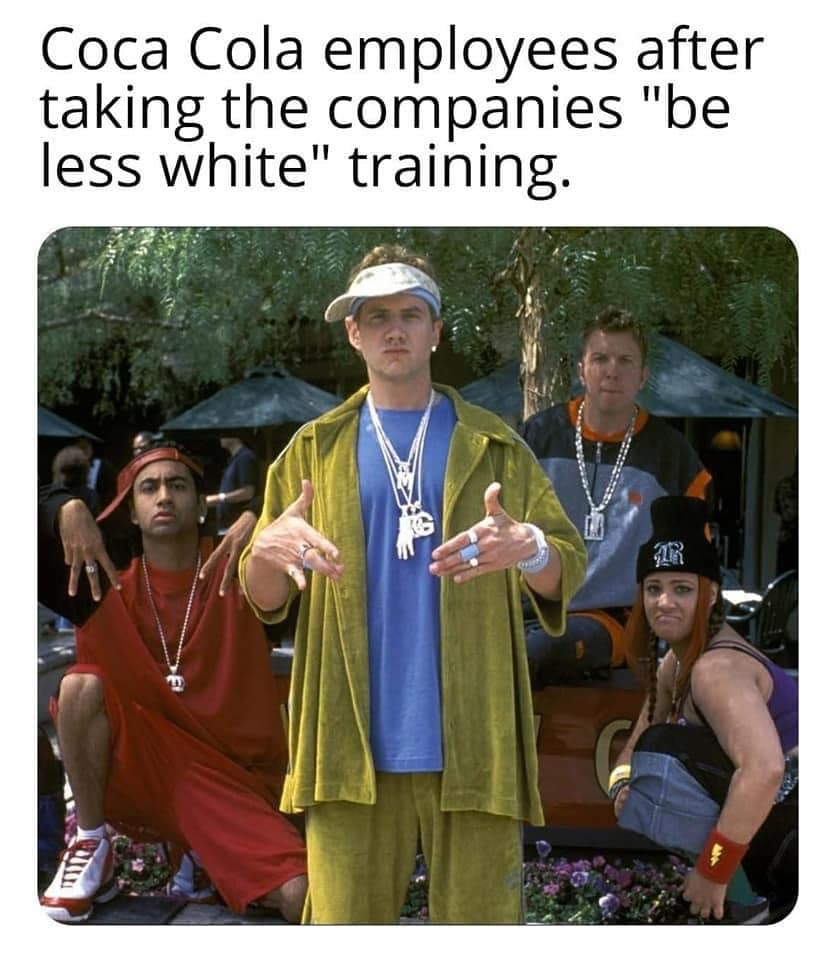 The controversial training program, called “Confronting Racism, with Robin DiAngelo,” was first highlighted in the media after Coca-Cola employee whistleblowers leaked some of the slides.

While the company has contended that the program was not mandatory for employees, political YouTuber Karlyn Borysenko, who broke the story, says at least one employee has released an email backing up the claim that the training was required.

“The Confronting Racism course featuring Robin DiAngelo is no longer available in our course library, at the request of the 3rd party content provider we licensed this content from,” said LinkedIn vice president of corporate communications Nicole Leverich, reported Newsweek on Tuesday.

“We provide a wide variety of learning content, including more than 270 courses on the topics of diversity, inclusion and belonging,” the statement continued. “We will continue to add new courses to help people learn the skills they need to be more successful in their career, including the foundational skills we all need to be effective allies and help build a more equitable future.”

……despite Coca-Cola’s claim that the training wasn’t mandatory, “Borysenko said multiple employees at the company say that it indeed had been—at least until Friday, and at least one employee provided her an email she says backs up the assertion.”

“I can understand sometimes there’s miscommunication between management and employees,” Borysenko said, “but the messaging I’ve seen does use the word ‘required.’ Everything I’ve seen says it was part of the coursework, but then it was removed over the weekend once the news broke.”

As highlighted by The Daily Wire, the diversity course in question was created by Robin DiAngelo, who is best known for her 2018 book titled, “White Fragility: Why It’s So Hard for White People to Talk About Racism.”

In the course, DiAngelo encourages participants to “be a little less white” by being “less oppressive,” “less arrogant,” “less certain,” “more humble,” and other tips.

I have a newsflash for Coke and DiAngelo: Fuck. You.

My environment was far from prosperous. I come from a working-class family in a racially ‘diverse’, economically depressed neighborhood. My mother raised 7 kids because both ex-husbands thought child support was a joke. We all worked. My two older sisters worked two part-time jobs, and my mother worked to make ends meet. It was a hell of a struggle.

I joined the Army at the age of 18 and served a total of 30 years (20 Active, 10 Reserves). My skin color didn’t exempt me from two combat tours in Iraq. My Associate’s Degree was earned at a community college because that’s all my GI Bill and pocket could afford. My pension is still not enough to cover all the bills, but I still have Social Security. Whoopie.
No one gave me a free meal ticket because I’m a hyphenated ‘Caucasian’. Some people may have a terminal case of white guilt, but I have no reason to feel guilty. I’m Irish, Scots, German, and Cherokee. I will never apologize for my ancestry, heritage, or skin color. Get over it.

Having lived and grown up in a hardscrabble environment,  I don’t need some mealy-mouthed liberal preaching about privilege in an attempt to elicit guilt to justify their own bigotry.

Anyone who has a problem with that can kiss my bare white ass.