Imagine if this were a MAGA supporter….you know the rest.

A far-left North Dakota man who was convicted in federal court for attacking a Republican US senator’s office with an axe has ties to Antifa, The Post Millennial can report.

Thomas “Tas” Alexander Starks, 31, of Lisbon, N.D., was filmed on CCTV trying to break inside the office of Sen. John Hoeven’s in Fargo on Dec. 21, 2020, using an axe. In April, he pleaded guilty to a charge of destruction of government property. Federal sentencing guidelines suggested 10–16 months in prison but he was only sentenced to probation and fined $2,784 for restitution.

According to court documents, Starks’ colleague said he was “politically open and motivated,” left-leaning and “very active in protests.”

Recently Starks has taken to Facebook to brag about getting his axe back from the FBI.

“Look what the FBI were kind enough to give back to me!” Starks posted on Oct. 26.

Starks has also called for violence and has spread Antifa propaganda while posting under the Facebook moniker, “Paul Dunyan,” a reference to the axe-carrying folklore lumberjack Paul Bunyan.

……That isn’t Starks’ only reference to political violence. In April, he posted about using a rifle to “hunt fascists,” and also using soup cans as projectiles to assault police. During the Black Lives Matter-Antifa riots in Portland last year, Antifa militants carried frozen water bottles and canned food in their backpacks to use as projectiles against law enforcement.

In several photographs of himself posted on social media, Starks can be seen wearing a Socialist Rifle Association t-shirt. The militant leftist group urges comrades on the left to take up arms. The group had communicated on Twitter in 2019 with Ohio Antifa member Connor Betts before he died carrying out a deadly mass shooting in Dayton.

The same FBI that returned the ax to this unhinged leftwing fucknut, framed the 6 January MAGA protesters by inserting undercover agents and informants in the crowd to encourage violence. And it’s still  hellbent on persecuting American citizens who peacefully protested at the Capitol, while Antifa and BLM thugs walk free. 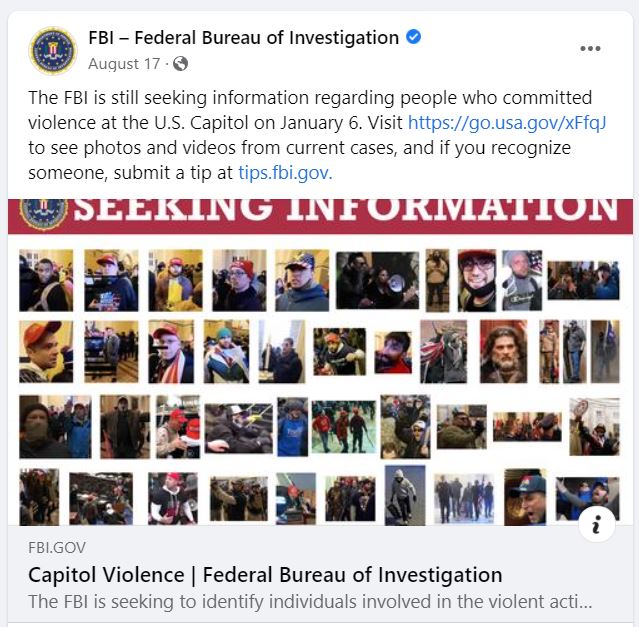 If the Dems’ weaponized agencies went after rampaging anarchist and radical thugs instead of citizens exercising their right to free speech, most of the Antifa and BLM goons would be in jail.