The mainstream leftwing media didn’t bother to report it.

The Democrat Director of Texas state political strategy for the Joe Biden Presidential campaign has been arrested for electoral fraud.

Democratic Party operative Dallas Jones was formally accused of helping to run an illegal ballot harvesting operation in the state of Texas on behalf of the Joe Biden campaign during this contested Presidential election.

According to the National File, two investigators, including a former FBI agent and former police officer, testified under oath that they have Democratic Party internal documentation, as well as video evidence and witnesses, for their investigation.

The following is an affidavit from private investigator and retired Houston police officer Mark A. Aguirre, which was submitted under oath. 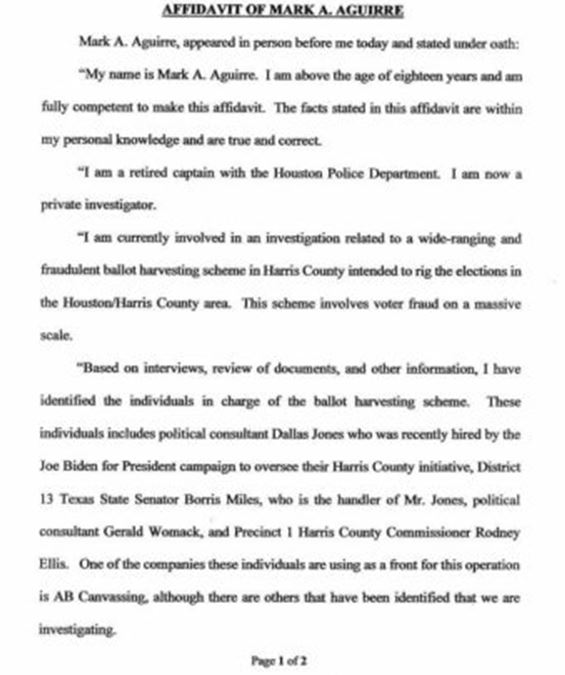 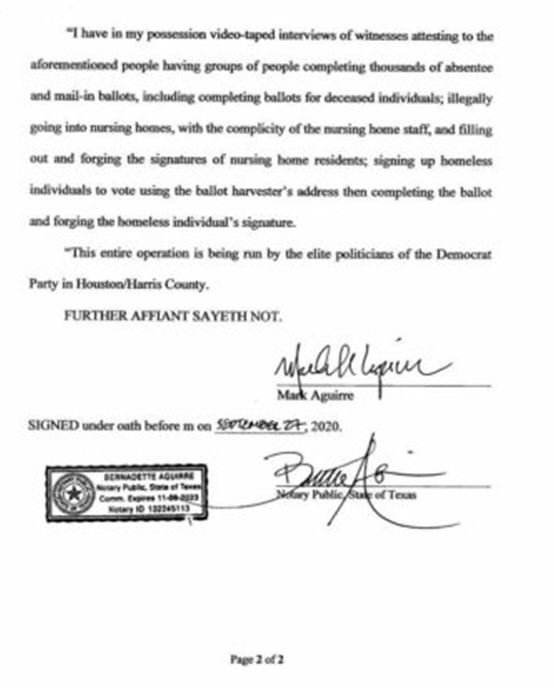 “My name is Mark A. Aguirre. I am above the age of eighteen years and am fully competent to make this affidavit. The facts stated in this affidavit are within my personal knowledge and are true and correct.

“I am a retired captain with the Houston Police Department. I am now a private investigator.

“I am currently involved in an investigation related to a wide-ranging and fraudulent ballot harvesting scheme in Harris County intended to rig the elections in the Houston/Harris County area. This scheme involves voter fraud on a massive scale.

“Based on interviews, review of documents, and other information, I have identified the individuals in charge of the ballot harvesting scheme. These individuals include political consultant Dallas Jones, who was recently hired by the Joe Biden for President campaign to oversee their Harris County initiative, District 13 Texas State Senator Borris Miles, who is the handler of Mr. Jones, political consultant Gerald Womack, and Precinct 1 Harris County Commissioner Rodney Ellis. One of the companies these individuals are using as a front for this operation is AB Canvassing, although there are others that have been identified that we are investigating.”

Former Harris County Clerk Diane Troutman was so concerned about being implicated in the fraud, she resigned earlier this year, citing “personal health reasons.”

The Dems have made voter fraud a part of their operations.