This kind of shit happens in communist countries and banana republics. 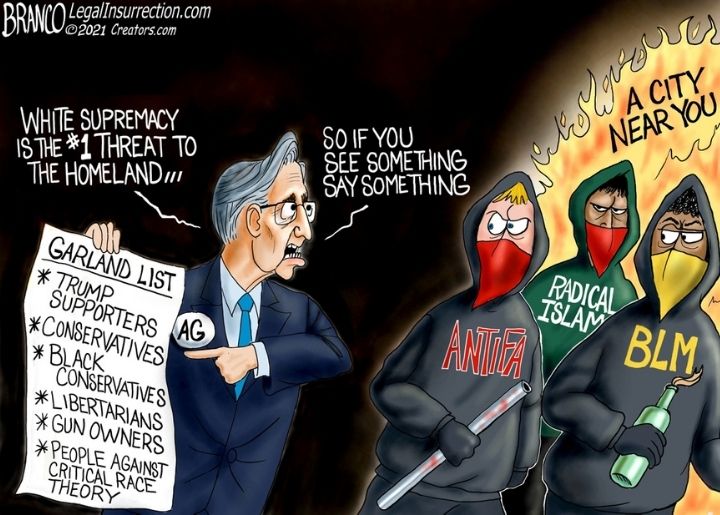 In an unsettling development, the administration of Joe Biden is asking American citizens to betray friends and family who have different political views, and report them to the government for allegedly being “radicalized,” as reported by Breitbart.

During a teleconference with the press, a senior administration official said that they were seeking “to improve public awareness of federal resources to address concerning or threatening behavior before violence occurs.” “This involves creating contexts,” the official continued, “in which those who are family members or friends or co-workers know that there are pathways and avenues to raise concerns and seek help for those who they have perceived to be radicalizing and potentially radicalizing towards violence.”

In addition to seeking tips from American citizens to turn in their friends and loved ones, the official also said that the government would be working with tech companies to increase surveillance on alleged “radicals.”

“Any particular tech company often knows its platform very well. But the government sees things, actually, threats of violence, across platforms,” the official claimed, with no evidence. “They see the relationship between online recruitment, radicalization, and violence in the physical world.” To this end, the official said that the Department of Homeland Security (DHS) would begin implementing “digital literacy” and “digital fitness” programs, enabling the agency to detect “malicious content online that bad actors deliberately try to disseminate.”

The official concluded by noting that “we are investing many agencies of the government and resourcing them appropriately and asking our citizens to participate. Because, ultimately, this is really about homeland security being a responsibility of each citizen of our country to help us achieve.”

These declarations are indicative of the administration’s determination to double down on the debunked conspiracy theory that “far-right” and “White supremacist” domestic terrorism is the top security threat to the nation. Although Biden repeatedly made this false claim in his inaugural address, his first address to a joint session of Congress, and a press conference on June 1st, there is no evidence to back up this assertion. Many critics have instead described these claims as an attempt by the administration to justify cracking down on political opponents, namely supporters of President Donald Trump.

I posted the following message on the WH site:

In that case, I’d like to report the violent, rampaging Antifa anarchists and BLM thugs, and leftwing members of your own regime who target white people with hateful rhetoric. I’d also like to report Hunter Biden. He uses racial epithets a lot. I want to report the mass oppression and censorship on college campuses by radical leftists who suppress and physically attack people who don’t use the right pronouns. I’d also like to report Islamic terrorist facilitators who operate in this country. (CAIR, ISNA, Jamaat ul-Fuqra) The U.S. Attorney General should be very interested, considering the threat.