The founder of an American far-right chat board has lashed out at New Zealand police after they requested information on posts linked to the Christchurch shooting.

An email exchange posted on Kiwi Farms on Monday, reveals New Zealand Detective Senior Sergeant John Michael had asked the site to preserve any relevant email and IP addresses to aid their investigation.

Accused gunman Brenton Tarrant, 28, is believed to have posted his 74-page manifesto and details of his alleged attack onto the site ran by American Joshua Moon.

He also foreshadowed the shootings on at least one other controversial forum popular among alt-right groups.

Moon has published his expletive-filled reply to police in full, describing the request as a ‘joke’ before calling New Zealand a ‘s***hole country’ and an ‘irrelevant island nation’. 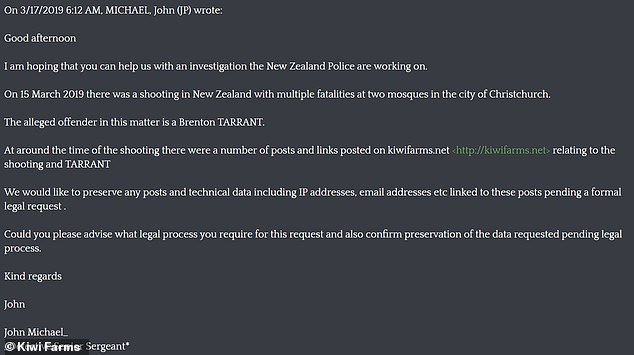 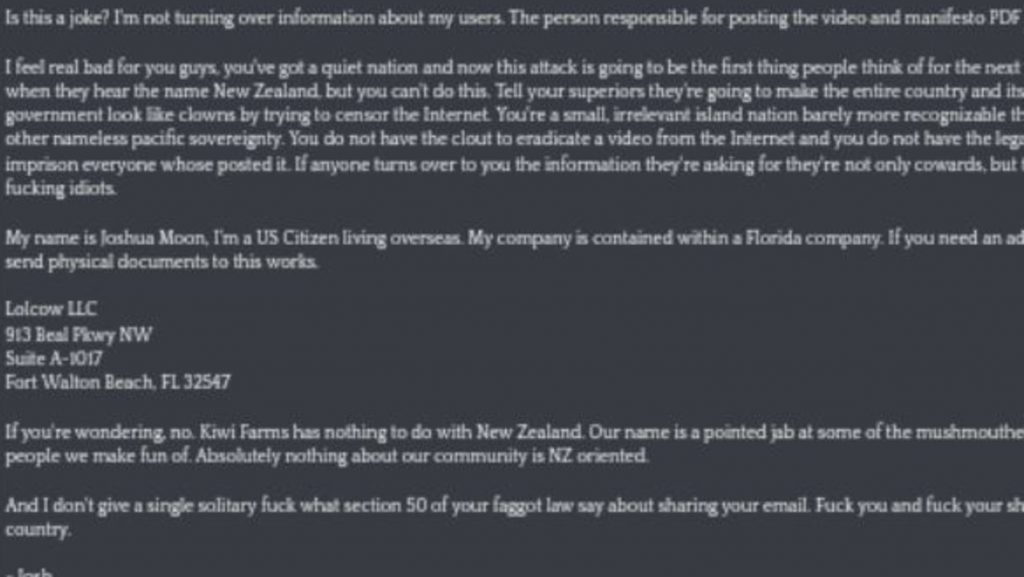 While the New Zealand Dhimmis fret over some retaliation, this is the kind of shit happening in their country:

Teen jihadi to get “proper Islamic counselling” to “overcome his radicalization”

Muslim from NZ joined ISIS, called for jihad massacres in NZ, would be “surprised” if NZ doesn’t allow him back

A couple of NZ teens convert to Islam, eventually get taken out by a U.S. drone in Yemen.

In spite of the rampant terrorism, the same kind of Dhimmi shit is happening in Britain and Germany.

Put a gun to your heads. It’s faster.