A theology professor concocted a prayer to help her hate white people.

Since she already hates us, she shouldn’t have gone to all the trouble.

Mercer University theology professor Chanequa Walker-Barnes wrote a prayer in which she asks God to help her “hate white people,” specifically, “the nice ones,” such as “the Fox News-loving, Trump-supporting voters” who “don’t see color.” She published the “Prayer of a Weary Black Woman” in the book A Rhythm of Prayer: A Collection of Meditations for Renewal.

“Dear God, Please help me to hate White people,” the professor began in her prayer, titled, “Prayer of a Weary Black Woman,” which was published in A Rhythm of Prayer: A Collection of Meditations for Renewal edited by Sarah Bessey.

The unearthed posts from Clarke Humphrey – a former Deputy Digital Director for the Biden campaign and current member of the Biden White House – are as recent as 2019, while she was working for the Democratic National Committee (DNC).

Also the former Director of Online Fundraising for the DNC, Humphrey posted about “banning” white people, as well as a number of other racially-charged, aggressive, hateful messages.

Humphrey told a Twitter user “don’t get in a car with white ppl” and insisted “we truly do gotta get white men all the way outta here.” 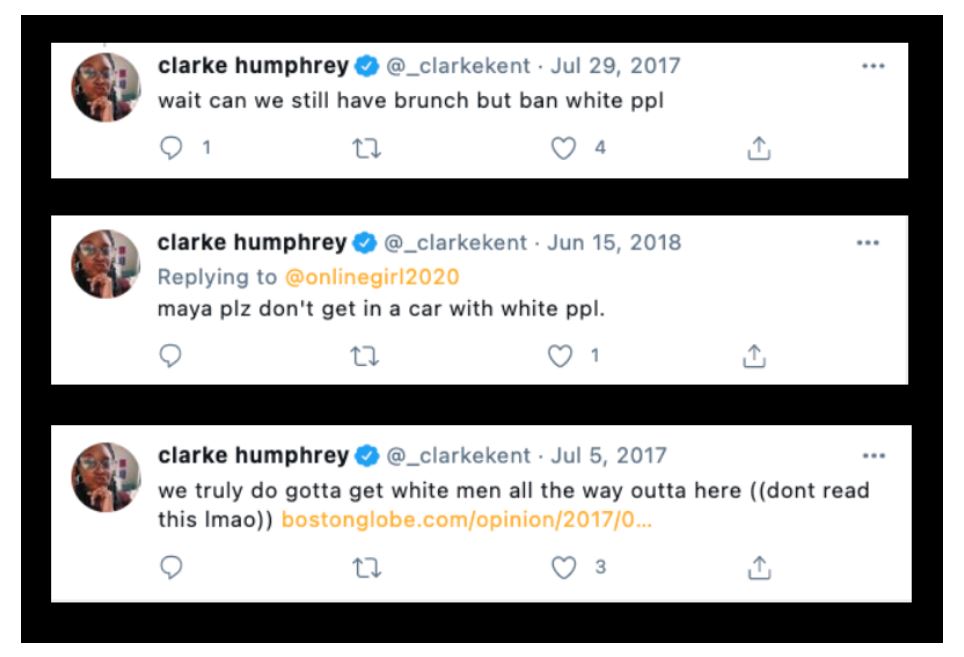 Humphrey’s racist posts continue through 2019, as she tweeted that an actor “deserves every award under the sun for getting me to deeply sympathize with a wealthy white man.” 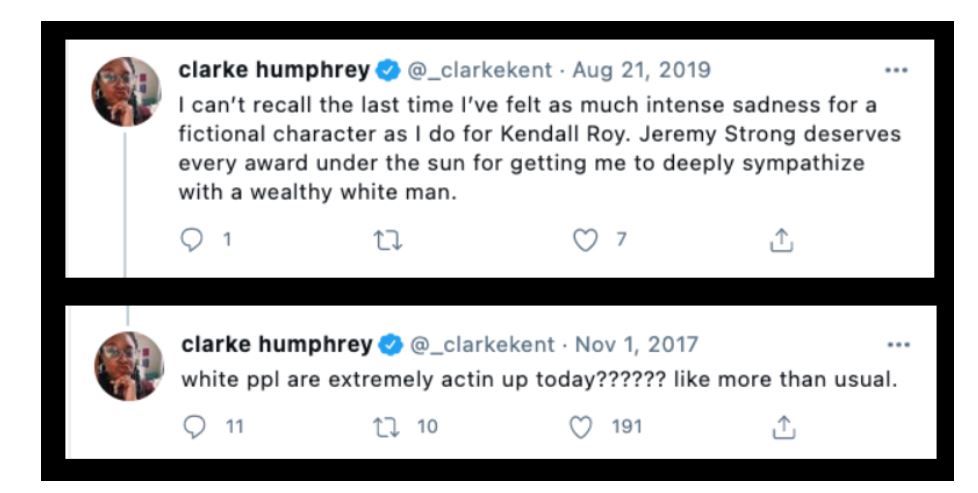 Humphrey recently posted a picture to her Instagram with her posing in a sweatshirt that says, “Does this bring in money or votes?” which is effectively the Democratic Party mantra, versus conservatives’ ideas of “America, first.” 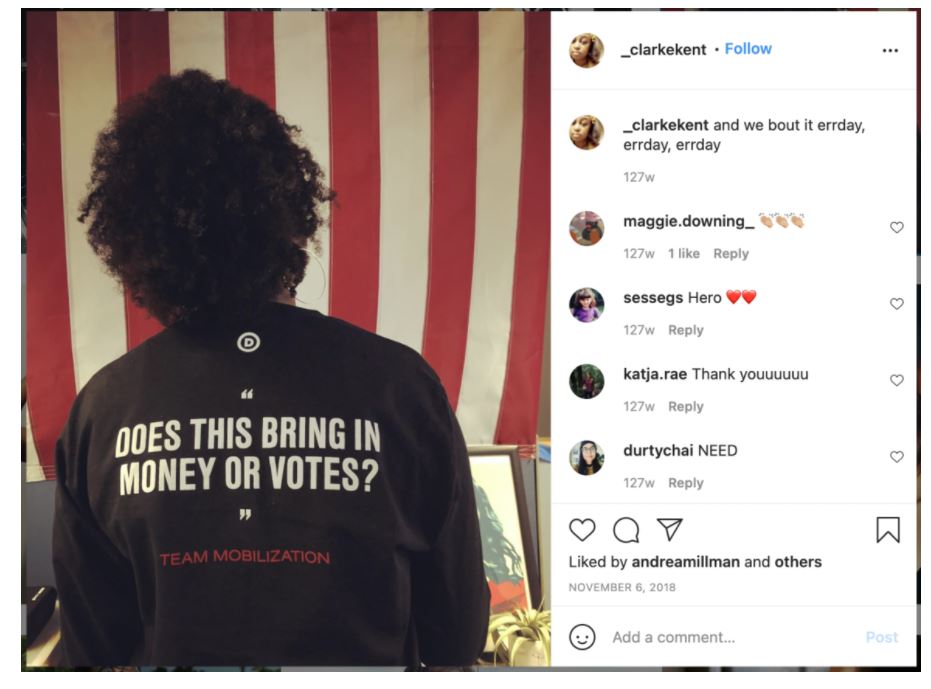 These racist shitbags are in academia and the government. Anti-white hatred is part of the Dem platform. It gets votes and political capital for the party plantation.

University of Pennsylvania Professor Anthea Butler called Dr. Ben Carson a “coon” for claiming that people have the right to display Confederate flags on private property.

A bi-racial woman was fired from a black educators association for “not being black enough“.