Just doing their part for the sake of havoc.

BLM-Antifa goons were out on the streets of Oakland last night vandalizing, rioting and looting a local Target Store.

At one point in the rioting the mob lit a fire outside a building and a black streamer was attacked for filming the violence.

The local Target store was attacked, destroyed, and looted.

Alternate view of the fire started earlier at the #OaklandProtests and black streamer attacked by Antifa-types. pic.twitter.com/UeymW76joh 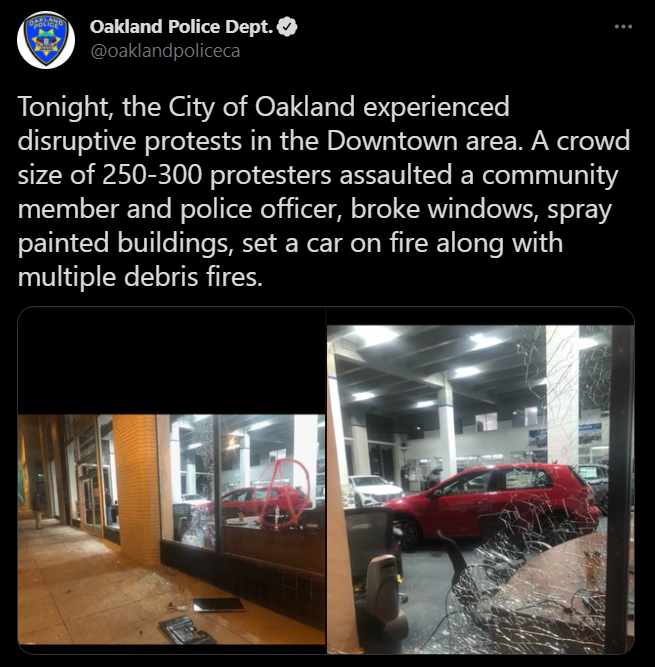