The little bomb-throwers don’t know who to trust.

Antifa terrorists in Portland are panicking as one of their own has supposedly turned against them, ratting out criminal behavior to the police.

After Tuesday night’s torching of the police union headquarters building, one of the rioters, Alma Raven-Guido, has been arrested and charged with Arson, Riot, and Criminal Mischief. If you can believe it, pro-antifa district attorney, Mike Schmidt, is actually holding her to the charges. Turns out one of their own ratted her out to police. And this isn’t the first time this person has snitched.

“Eyewitness testimony from a Portland police informant with a history of providing “credible and reliable information on multiple prior investigations” is one of the Multnomah County prosecutors’ strongest pieces of evidence in charging a 19-year-old woman with arson for allegedly setting fire to the Portland Police Association headquarters.” 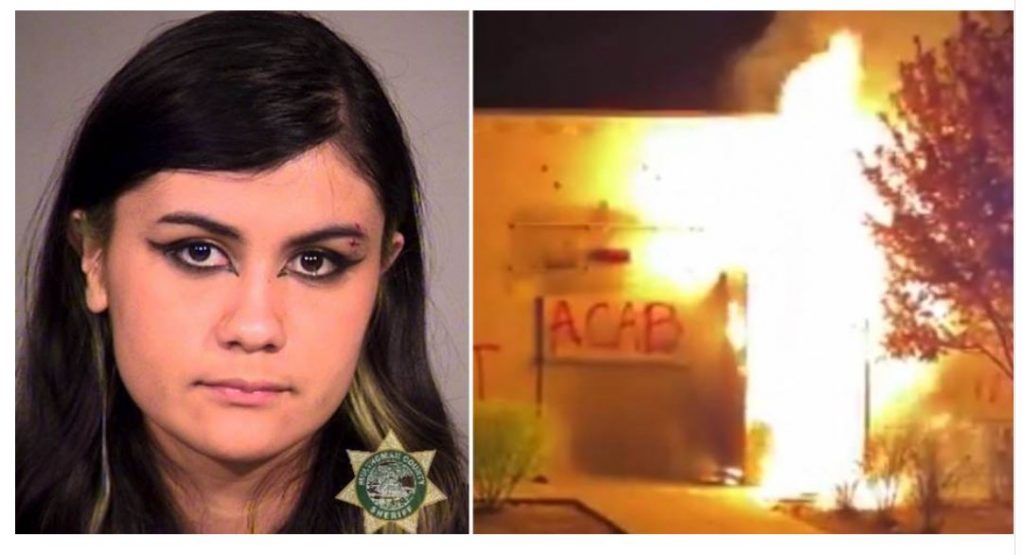 ……Needless to say, the terrorists in Portland are not happy about this revelation: 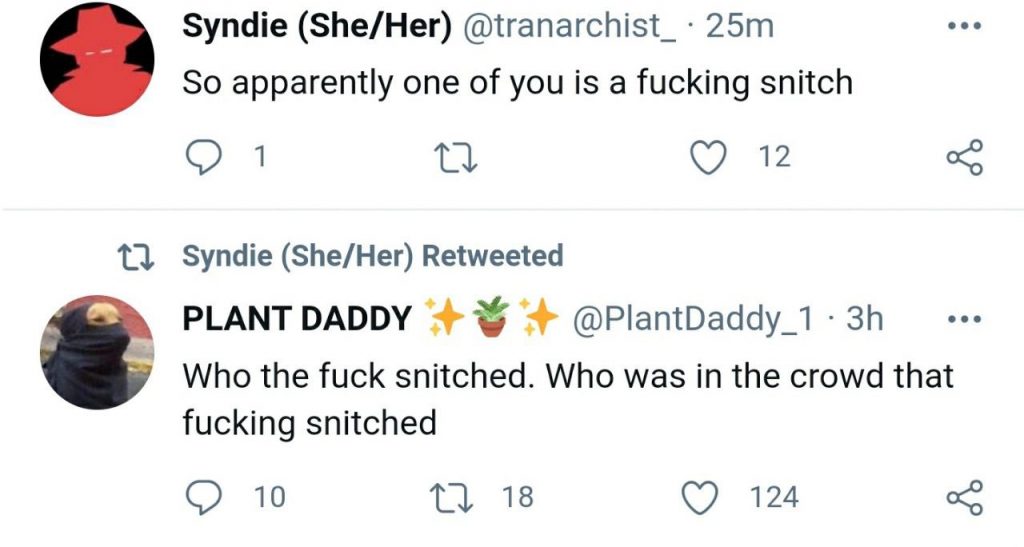 Either the informant is an undercover cop or one of the terrorists had a sudden attack of conscience. I’m guessing door number one.