Stupid doesn’t even begin to describe these turds.

All they need is a can of spray paint, and a pretext.

A monument honoring the first northern all-volunteer black regiment of the Union Army during the Civil War was damaged by rioters over the weekend.

The Shaw Memorial depicts the 54th Massachusetts Regiment led by Col. Robert Gould Shaw and stands at the edge of the Boston Common in Boston, Massachusetts.

“This monument is considered one of the nation’s greatest pieces of public art and the greatest piece to come out of the Civil War,” Liz Vizza, executive director of the Friends of the Public Garden, told WBUR-FM.

On Sunday, a peaceful protest turned violent and destructive and the plywood that had been put in place to protect the statue during restoration was covered in obscene graffiti.

The granite backside of the monument also was painted with swear words and phrases including, “Black Lives Matter,” “No Justice, No Peace” and “Police are Pigs.” 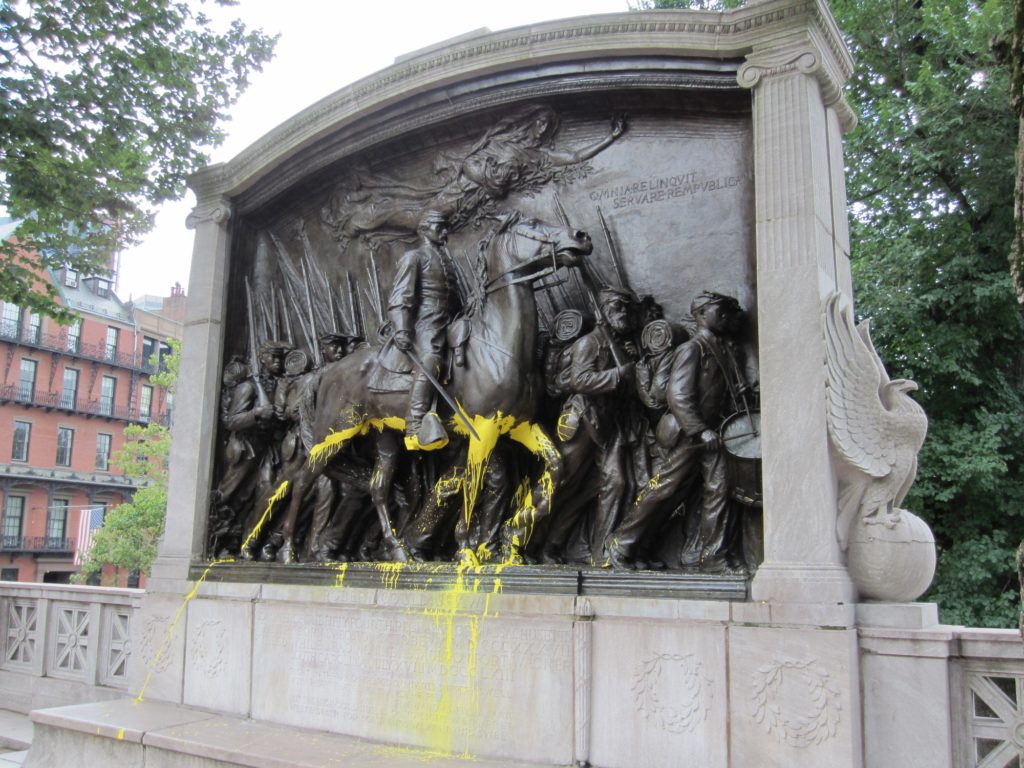 In their haste to destroy “white history”, they targeted one of their own.