Blake was involved in the domestic assault at a home where he wasn’t supposed to be. There was also an open warrant for him.

He had an arrest warrant from July 6th for: rape, domestic abuse, and trespassing. He also has prior convictions for assaulting a police officer, brandishing a firearm, and DWI with a loaded firearm. 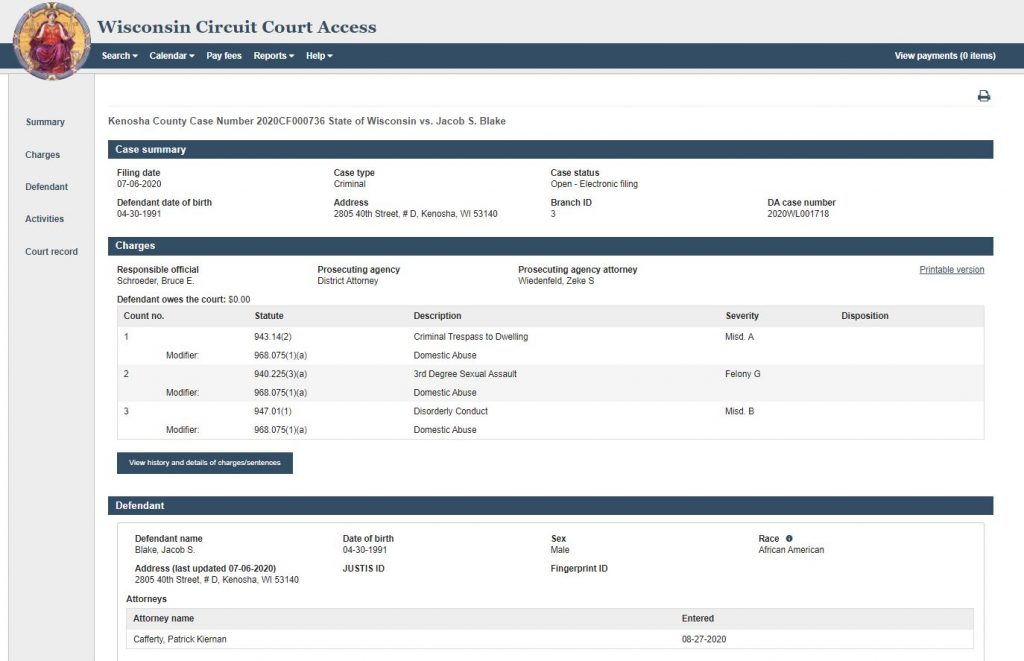 Every time an animal like Blake gets exactly what he had coming, the leftwingnuts in the cesspool of sports pundits, ‘activists’ and athletes, explode into a parade of outrage and grandiose politicized bullshit about “white supremacy”, “racism” and “police brutality”. On the other hand, the violence, arson, and assaults, by the rampaging Antifa/BLM rioters gets a pass.

The entire shitshow has made sports unwatchable.

1 thought on “Clay Davis From Outkick Coverage: The Sports World Making a Hero Out of Lowlife Jacob Blake”