You knew there was more to the story, and now we’re seeing it. New video of the police shooting of a Kenosha, Wisc., man shows the seconds before that haven’t been seen until now.

Millions of people have seen the viral video of the shooting and heard the seven gunshots, which started nights of rioting, looting, and arson.

But, as happens so often in these police shooting cases, that wasn’t the whole story.

It turns out that Jacob Blake, who’s now beatified in the annals of Black Lives Matter hagiographies next to the saintly police assaulter and robber Michael Brown, was in a brawl with police in the act of resisting arrest seconds before the shooting. People called police to quell a domestic outburst.

The video obtained by The Daily Mail shows the brawl and when Jacob Blake extracted himself and marched to his car. Police say Jacob Blake reached for something when he was shot. His three children were in the car and witnessed the horrific scene.

In the new video, a woman is off-camera screaming to Blake, “No! No! No! You have to get back” after he broke away from the cops and went to his SUV. She obviously knew things wouldn’t end well if he fled from cops or reached for something, as police have stated. They didn’t.

The 29-year-old man is paralyzed from the waist down, according to his father. Seven rounds were fired at him.

Blake was the one involved in the domestic assault at a home where he wasn’t supposed to be. There was also an open warrant for him.

He had an arrest warrant from July 6th for: rape, domestic abuse, and trespassing. He also has prior convictions for assaulting a police officer, brandishing a firearm, and DWI with a loaded firearm. 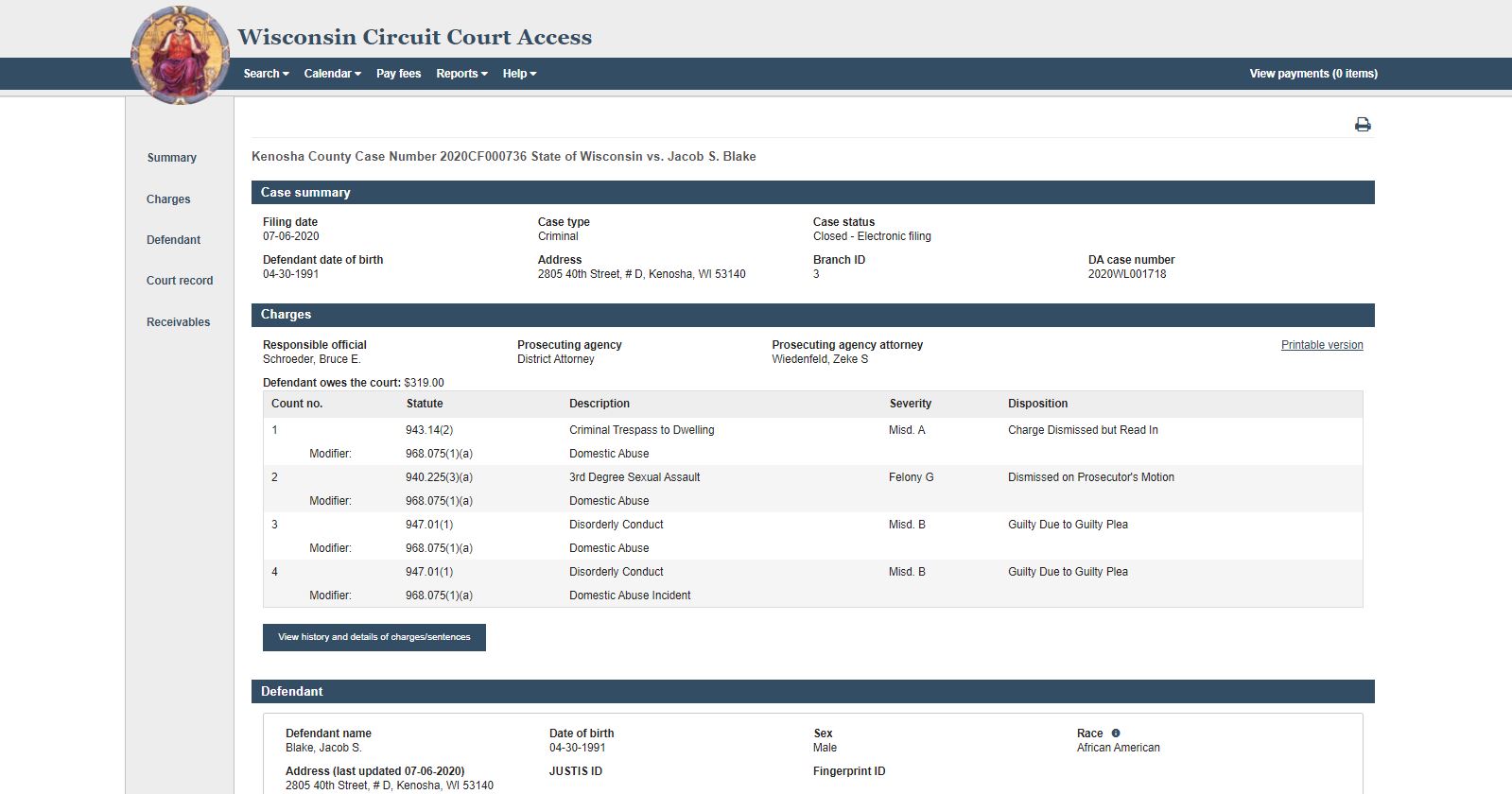 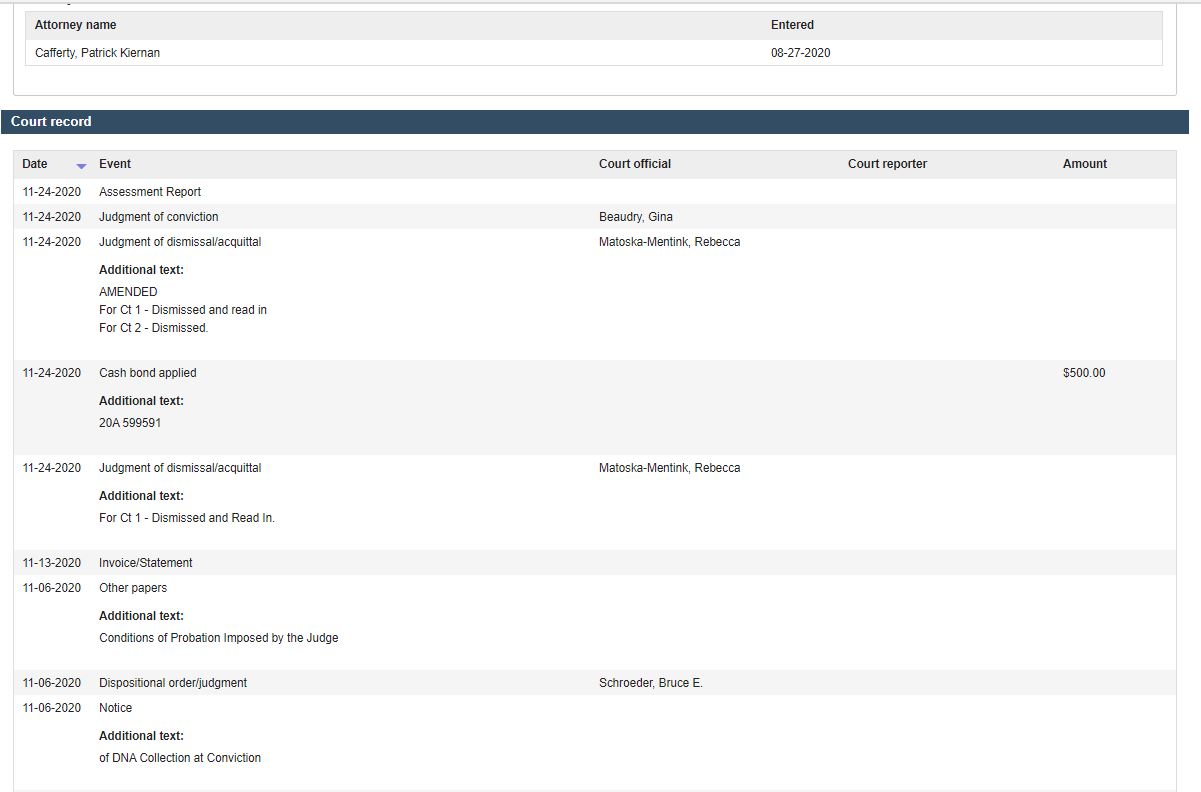 Blake is accused in the criminal complaint, which was obtained by The Post, of breaking into the home of a woman he knew and sexually assaulting her.

The victim, who is only identified by her initials in the paperwork, told police she was asleep in bed with one of her children when Blake came into the room around 6 a.m. and allegedly said “I want my sh-t,” the record states.

She told cops Blake then used his finger to sexually assault her, sniffed it and said, “Smells like you’ve been with other men,” the criminal complaint alleges.

The officer who took her statement said she “had a very difficult time telling him this and cried as she told how the defendant assaulted her.”

The alleged victim said Blake “penetrating her digitally caused her pain and humiliation and was done without her consent” and she was “very humiliated and upset by the sexual assault,” the record states.

She told police she “was upset but collected herself” and then allegedly ran out the front door after Blake, the complaint says. She then realized her car was missing, checked her purse and saw the keys were missing and then “immediately called 911,” the complaint alleges.

The alleged victim told cops she has known him for eight years and claims that he physically assaults her “around twice a year when he drinks heavily.”

Police filed charges against him for felony sexual assault, trespassing and domestic abuse in July when a warrant was issued for his arrest.

Lowlife pigs carried out the usual rampage after the shooting:

This is B&L Office Furniture in Kenosha, Wisconsin

before & after the #BLM riots on Monday night

This is a small business

a place where people work

Sitting on a property somebody invested in

This is real America

All destroyed by heartless criminals pic.twitter.com/XCFhASw6it

A small business in Kenosha announce on their Facebook page that their store was looted and that they can’t come back from the financial loss and will be closing permanently. pic.twitter.com/hoWM4fAdHW

An entire car lot was destroyed.

America, this is not normal

BLM is a terrorist organization

The “protesters” destroyed most of the black business district.

Neither black lives nor their businesses really matter.

But whenever a cop is shot and murdered by one of these thugs, no one in the community or the media gives a shit. The same goes for all the black on black crime and when blacks kill whites.

It’s not about real justice. It’s about animals with a tendency for violence and the leftwing radicals who join in and fund this shit. It’s about the denial of personal accountability for the actions of criminals who use their skin color as a license to commit felonies.

All they need is an excuse.