Katie Couric, one of the leftwing hacks who works for NBC, decided to discard Ruth Bader Ginsberg’s criticism of the cretins who kneel in protest of the national anthem because “racism”. 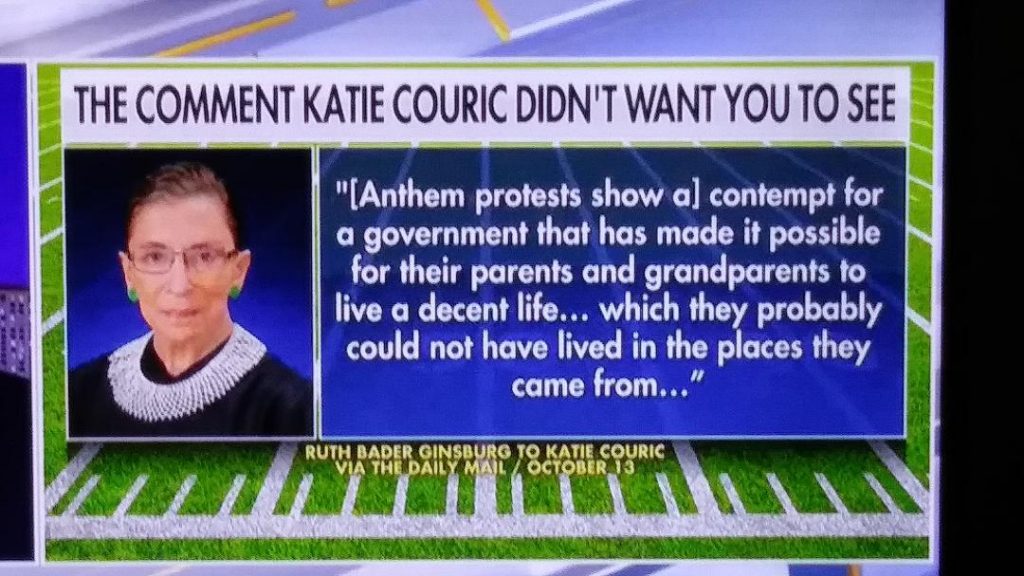 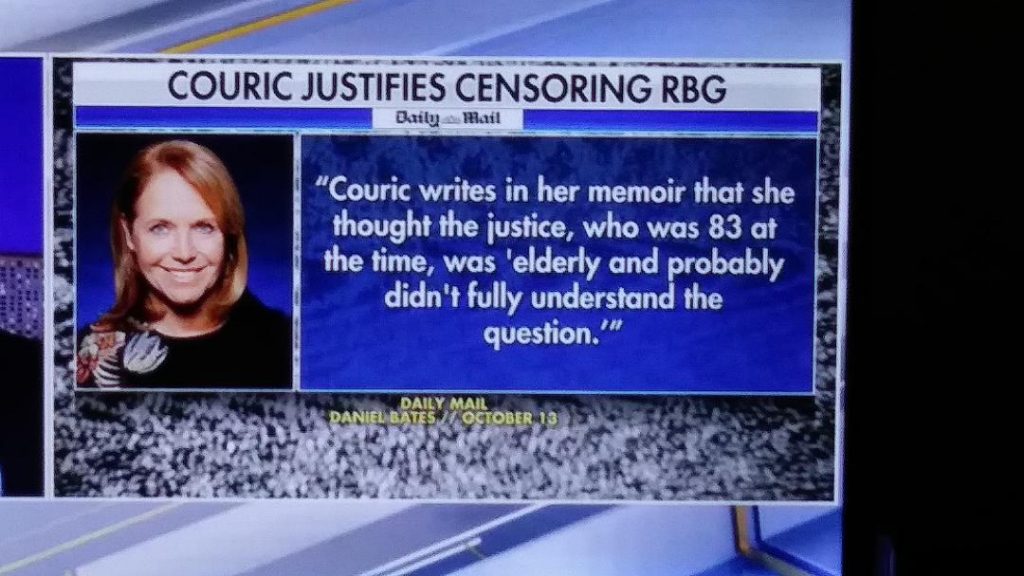 Ginsberg not only understood the question but gave a very intelligent, direct response. Couric just didn’t like the answer, so she kept it out of her book.

She “was elderly and probably didn’t understand the question,” Couric explained in the 500-page scorched-earth biography in which no colleague, ex-boyfriend or acquaintance is safe from the former “Today” host’s brutal score-settling.

While the interview that was eventually published by Yahoo! News did include Ginsburg saying that she believes that not standing during the national anthem as an act of protest is “dumb and disrespectful,” it did not include her strongest condemnations of the act, according to Couric.

Couric has a habit of selectively editing her interviews.

Couric’s admission marks a pattern for the reporter. In 2016, the makers of a documentary featuring Couric admitted that they edited her interview with a gun-rights group in order to portray it in a negative light. The documentary, Under the Gun, showed members of the Virginia Citizens Defense League sitting in an extended, awkward silence in response to a question from Couric about gun purchases. But audio of the interview provided to the Washington Free Beacon revealed that the group members promptly responded to Couric’s question. Couric and the filmmakers defended their deception in statements to the Washington Post.

When it comes to manipulation and deceptive practices, she’s in good company. Leftwing media outlets falsified stories about President Trump, lied about the Covington students, drove an innocent man to suicide by accusing him of being one of the Boston marathon bombers, creatively edited the George Zimmerman 911 call during the Trayvon Martin shooting to make it sound like he targeted Martin because he was black, and edited a photo of conservative black man who had a rifle slung on his shoulder and removed all traces of skin color to make the ‘armed white supremacists’ narrative.  And they’re not above manufacturing fabulist tales of heroism.

It’s all part of their agenda.