No wonder he ended up dead.

Jeffrey Epstein paid more than a dozen visits to the Clinton White House throughout the former president’s first few years in office – even bringing along with him multiple women, including four known to be his girlfriends, DailyMail.com can reveal.

Additional records exclusively obtained by DailyMail.com now reveal that Epstein was not always alone during his trips to the White House, where he was joined by eight different women between 1993 and 1995.

Never-before-seen footage also shows the disgraced financier – who on three occasions visited the president’s house twice in one day – kept framed pictures of himself at the podium of the White House Briefing Room at his Palm Beach mansion.

The nature of Epstein’s accompanied visits is not disclosed in the visitor logs, however, they show one of them coincided with a dinner in the Blue Room attended by dozens of well-heeled guests.

Many of the women Epstein took on his trips to Washington were known to have had romantic relationships with him.

They include Celina Midelfart, then 21, Eva Andersson-Dubin, then 33, Francis Jardine, who was believed to be in her 20s, and his one-time girlfriend turned madam, Ghislaine Maxwell, who was 32.

The four other women who also appear in the logs are Jennifer Garrison, Shelley Gafni, Jennifer Driver, and Lyoubov Orlova.

…….Maxwell, now 60, was found guilty last month of recruiting and trafficking underage girls for the disgraced financier between 1994 and 1997, and is currently awaiting sentencing behind bars.

Bubba also made frequent trips to Epstein’s pedophile island.  This is a copy of the flight manifest: 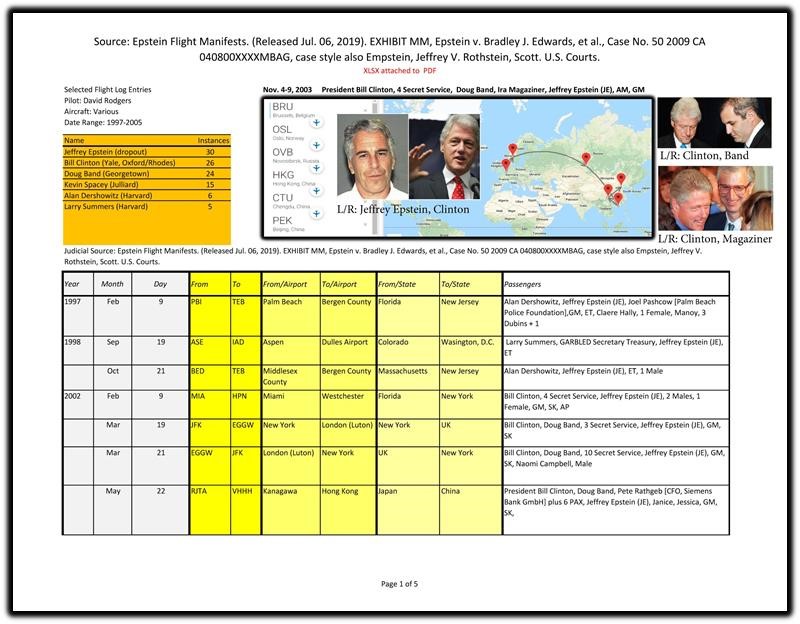 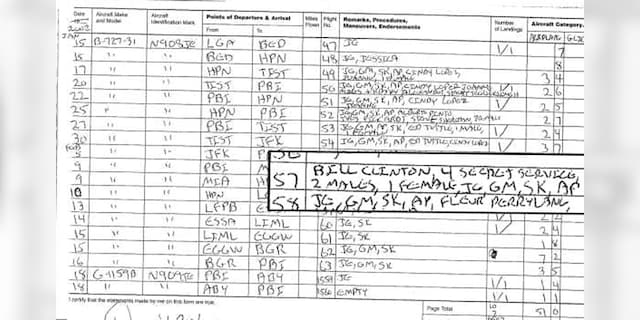 She added that Clinton engaged in sexual relationships with “two young girls.”

Link to the documents, HERE.