Now if the FBI would only admit their part in it. 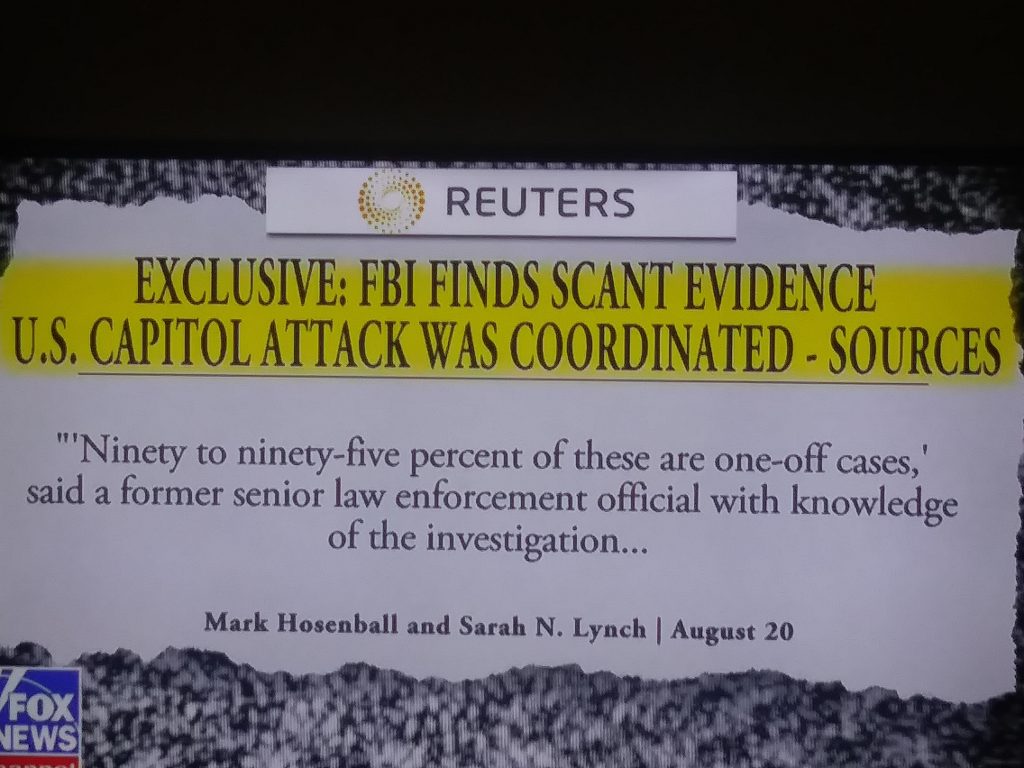 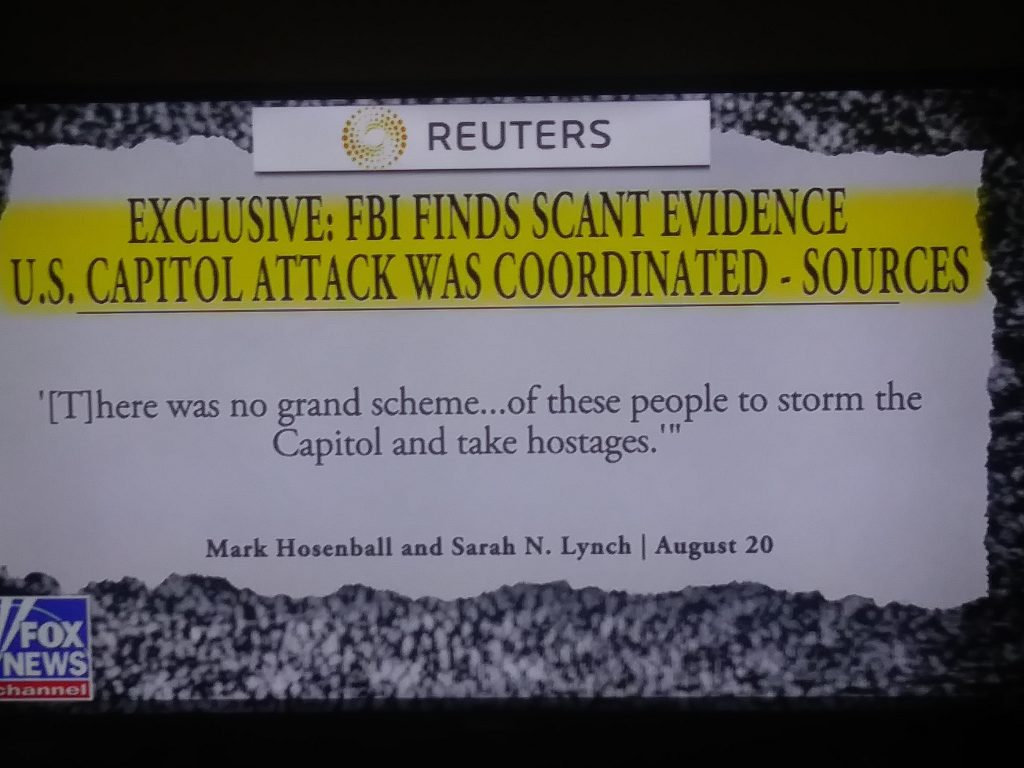 US News and World Report

The FBI has found scant evidence that the Jan. 6 attack on the U.S. Capitol was the result of an organized plot to overturn the presidential election result, according to four current and former law enforcement officials.

Though federal officials have arrested more than 570 alleged participants, the FBI at this point believes the violence was not centrally coordinated by far-right groups or prominent supporters of then-President Donald Trump, according to the sources, who have been either directly involved in or briefed regularly on the wide-ranging investigations.

“Ninety to ninety-five percent of these are one-off cases,” said a former senior law enforcement official with knowledge of the investigation. “Then you have five percent, maybe, of these militia groups that were more closely organized. But there was no grand scheme with Roger Stone and Alex Jones and all of these people to storm the Capitol and take hostages.”

……FBI investigators did find that cells of protesters, including followers of the far-right Oath Keepers and Proud Boys groups, had aimed to break into the Capitol. But they found no evidence that the groups had serious plans about what to do if they made it inside, the sources said.

Prosecutors have filed conspiracy charges against 40 of those defendants, alleging that they engaged in some degree of planning before the attack.

They alleged that one Proud Boy leader recruited members and urged them to stockpile bulletproof vests and other military-style equipment in the weeks before the attack and on Jan. 6 sent members forward with a plan to split into groups and make multiple entries to the Capitol.

But so far prosecutors have steered clear of more serious, politically-loaded charges that the sources said had been initially discussed by prosecutors, such as seditious conspiracy or racketeering.

The FBI’s assessment could prove relevant for a congressional investigation that also aims to determine how that day’s events were organized and by whom.

Senior lawmakers have been briefed in detail on the results of the FBI’s investigation so far and find them credible, a Democratic congressional source said.The chaos on Jan. 6 erupted as the U.S. Senate and House of Representatives met to certify Joe Biden’s victory in November’s presidential election.

……But one source said there has been little, if any, recent discussion by senior Justice Department officials of filing charges such as “seditious conspiracy” to accuse defendants of trying to overthrow the government. They have also opted not to bring racketeering charges, often used against organized criminal gangs.

The FBI needs to be dismantled from the top down. The criminal malfeasants in the agency should be indicted and prosecuted. We know that won’t happen because agencies weaponized by Dem regimes trample all over the Constitution while Congress does nothing. All the hot air and indignation during oversight hearings are a dog and pony show.