To the assholes who use race as a political agenda:

George Zimmerman was acquitted of all charges Saturday in the February 2012 shooting death of 17-year-old Trayvon Martin in Sanford, Fla.

The jury of six women informed Judge Debra Nelson shortly before 10 p.m. local time Saturday that they had reached a verdict after deliberating for approximately 15 hours over two days.

Zimmerman, 29, blinked and barely smiled when the verdict was announced. After hearing the verdict, Judge Nelson told Zimmerman he was free to go.

“We’re ecstatic with the results,” defense attorney Mark O’Mara said after the verdict. “George Zimmerman was never guilty of anything except protecting himself in self-defense.”

Another member of his defense team, Don West, said: “I’m glad this jury kept this tragedy from becoming a travesty.”

The race-baiters in the NAACP use the “civil rights” angle:

…….”Today, justice failed Trayvon Martin and his family,” said Roslyn M. Brock, Chairman of the NAACP, in a statement. “We call immediately for the Justice Department to conduct an investigation into the civil rights violations committed against Trayvon Martin. This case has re-energized the movement to end racial profiling in the United States.”

Brace yourselves for the onslaught of celebrity douchebags:

The jury just said “fuck nigggggggggggg*s”!!! We are officially game, like deer

Notice the illiteracy and frequent use of the word “nigga”.  Aren’t they cute?

Maybe white folks should have gone on a rampage after OJ killed not one, but two white people.

So we can all kill teenagers now? Just checking

The only ones she cares about are black. White teenagers get no such sympathy.

“Well, I think that this is an atrocity,” said Sharpton. “I think that it is probably one of the worst situations that I’ve seen. What this jury has done is establish a precedent that when you are young and fit a certain profile, you can be committing no crime, just bringing some Skittles and iced tea home to your brother, and be killed and someone can claim self-defense having been exposed with all kinds of lies, all kinds of inconsistencies….

Throughout the trial, leftwing media played their part to the hilt:

The story of the grieving parents of Trayvon Martin demanding Zimmerman be arrested first achieves national attention on March 8 when CBS This Morning runs a report.

Later that same day, the Associated Press throws the first log on the racial fire by inaccurately describing Zimmerman as white.

Sharpton devoted a portion of his program on MSNBC, PoliticsNation, to the Trayvon Martin case. He interviewed Martin family attorney Benjamin Crump, who reiterated the accusation that Zimmerman was “white”: “We think Trayvon Martin didn’t know who the heck this white man was who approached him before he got killed.”

…a “complete and thorough investigation” into Martin’s death. He added: “[W]e are told that racial language was used when the young man reported his suspicions to police[.]”

The story about Zimmerman’s use of racial language was false.

About ten days before Al Sharpton and President Obama would launch the Zimmerman story into the stratosphere, Matt Gutman, an ABC News correspondent based in Miami, Florida, was already (and without a shred of evidence) laying the track for a racial narrative.

Gutman covered the case for the network, and his Twitter feed at the time was full of falsehoods, innuendo, and irresponsible speculation. In one tweet, Gutman came right out and claimed Trayvon was shot “bc [because] he was black.”

Gutman would also recklessly accuse Zimmerman of “stalking” and shooting down Trayvon.

A small detail that the Obama administration and the media apparently missed was that the white versus black racial narrative they were preparing to invest so much into was missing just one thing: a white person.

Proof of this is that CBS News falsely claimed Zimmerman was white about a week before the story exploded.

In their venomous zeal, the media and Democrats likely assumed that someone with the last name Zimmerman had to be white. But they were wrong, as Zimmerman is Hispanic.

Never ones to back off a good narrative, rather than use this revelation to tamp down tensions or correct their reporting, the media simply made up out of whole cloth a new racial category: the “white Hispanic.”

March 22, 2012 – Zimmerman Described as a “White Hispanic” by The New York Times

Just in the nick of time, before the story was engineered to explode the very next day with the Sharpton rally, The New York Times put its stamp of approval on the term “white Hispanic.”

Knowing full well the phony racial storm brewing around the Zimmerman case was about to have gasoline thrown on it the next day, CNN went to extraordinary lengths to claim Zimmerman had uttered the racial slur “coon” when he had not.

This has to be watched to be believed.

CNN wouldn’t officially retract their defamation until April 5th, long after it was too late.

To keep the white versus black narrative alive, Reuters jumps on the ridiculous “white Hispanic” bandwagon.

The day after Sharpton held his rally and said, “Trayvon could have been any one of our sons,” President Obama made huge news when he stepped before the cameras, demanded action in the Zimmerman case, and famously said, “If I had a son, he would look like Trayvon.”

In just two days, a network news anchor and an American president had blasted the Zimmerman case into the nation’s top story and did so based on a racial narrative without a shred of evidence to support it. Almost every other major news outlet would now commit every journalistic sin imaginable to fabricate evidence.

If you think blacks are exempt from their hatred, think again:

Even though Zimmerman is Hispanic and there was no evidence of any racial motivation behind his actions, the media’s racial-hysteria was, at this point, in full bloom. To try and tamp things down, Joe Oliver, a black reporter who had worked with CNN and an Orlando television station, started doing the national media interview rounds to speak on behalf of his friend, George Zimmerman.

The counterattack in the media (CNN, New York Times, and MSNBC, among others) was exceptionally vicious, personal, and effective.

Martin’s “creepy-ass cracker” comment about Zimmerman before the altercation didn’t get much press, though. 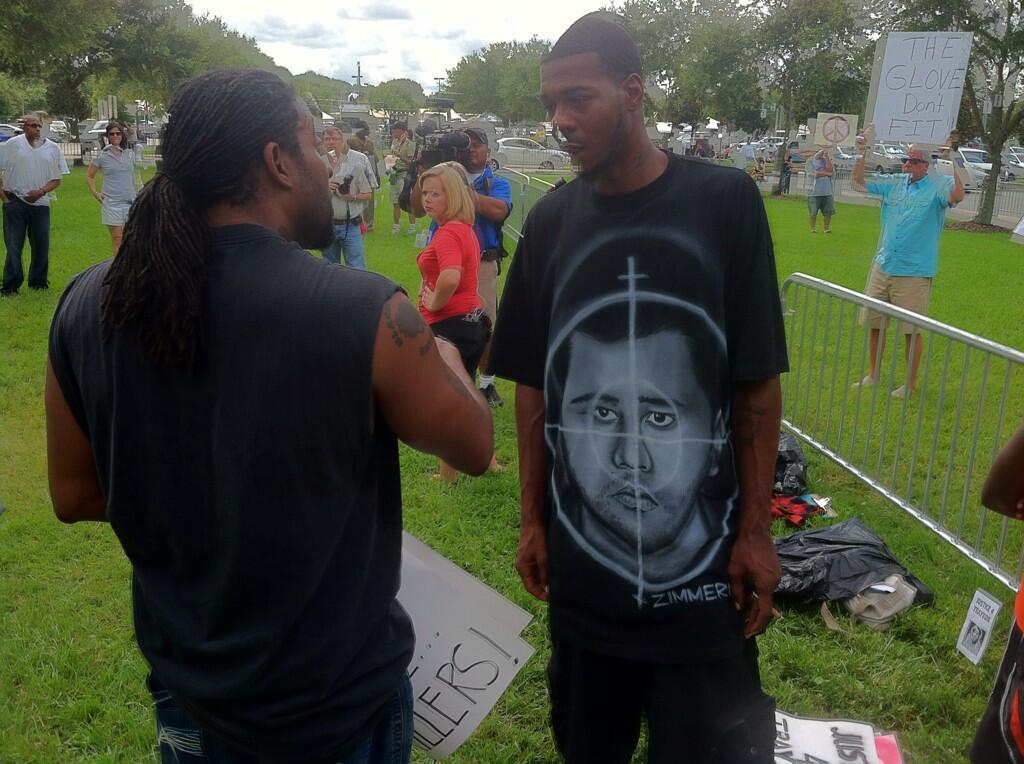 An employee of the Florida State Attorney’s Office who testified that prosecutors withheld evidence from George Zimmerman’s defense team was fired:

Ben Kruidbos had been on paid administrative leave since May 28 from his job as director of information technology for the State Attorney’s Office.

……Kruidbos testified before Zimmerman’s trial began that Martin’s cell phone contained images of Martin blowing smoke, images of marijuana and deleted text messages regarding a transaction for a firearm and that those images had not been given to Zimmerman’s defense team.

He received the termination letter, dated July 11, on Friday, the same day jurors began deliberating Zimmerman’s case. The letter states: “It has come to our attention that you violated numerous State Attorney’s Office (SAO) policies and procedures and have engaged in deliberate misconduct that is especially egregious in light of your position.”

In other words, since he was working for the very office who brought the trumped up charges, he should have kept his mouth shut instead of telling the truth.

The state never proved its case in spite of the hyperbole.

Zimmerman haters also celebrated the fact that CNN broadcast his social security number live on air yesterday, with one tweeting, “Now HE can be victimized!”  Too late, sweetpea.

The trumped-up trial should have never happened. If Zimmerman were black and Martin were white, there wouldn’t be one fucking peep out of the Left or their exploited constituents.

7 thoughts on “George Zimmerman Not Guilty: Thugs, Gangstas, and Racist Leftwingnuts Have Fits”