In December 2016,  a WikiLeaks ally revealed that the Podesta/Clinton emails published by WikiLeaks were provided by a disgruntled Dem operative who was angry over the Hillary campaign’s rigging of the primaries against Bernie Sanders.

Seth Rich was that operative, and someone murdered him for it. Probably someone hired by the DNC. 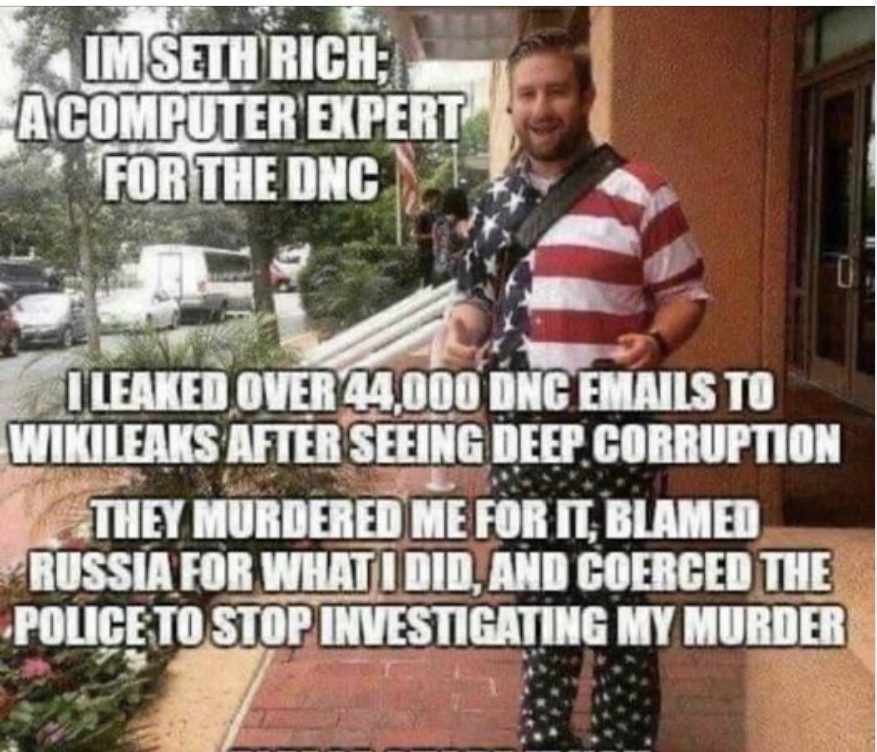 A judge has ordered the FBI to release information it has in connection to the laptop of Seth Rich, a former Democratic National Committee staffer who was fatally shot in Washington in 2016.

Rich’s 2016 death sparked conspiracy theories that he had participated in the DNC’s infamous email leak that same year; that data breach has been linked to Russian hackers who were hoping to influence that year’s presidential election in favor of Donald Trump.

In a Sept. 29 ruling, U.S. District Judge Amos Mazzant ruled partially in favor of Brian Huddleston, a Texas resident who in both 2017 and 2020 filed repeated Freedom of Information Act requests with the FBI related to its investigations into Rich’s murder.

The court found that, though the FBI had broad latitude to withhold many documents from its FOIA response, the bureau had “improperly withheld” information “with regard to Seth Rich’s laptop” in its possession.

Mazzant in the ruling ordered the FBI to “produce the information it possesses related to Seth Rich’s laptop and responsive to [Huddleston’s] FOIA requests within 14 days of this Order.”

The bureau has until Thursday, Oct. 13, to respond to the ruling.

Mazzant further noted in the ruling that though the FBI had conducted a technically “adequate” search for Huddleston’s records requests, it was nevertheless “far from perfect.”

“Had it not been for Huddleston’s persistence, it is likely that the Government’s failure to locate over 20,000 pages of potentially responsive records would have gone unnoticed,” the judge wrote.

Info obtained from the FEC shows the DNC paid Crowdstrike the day after Seth Rich died: 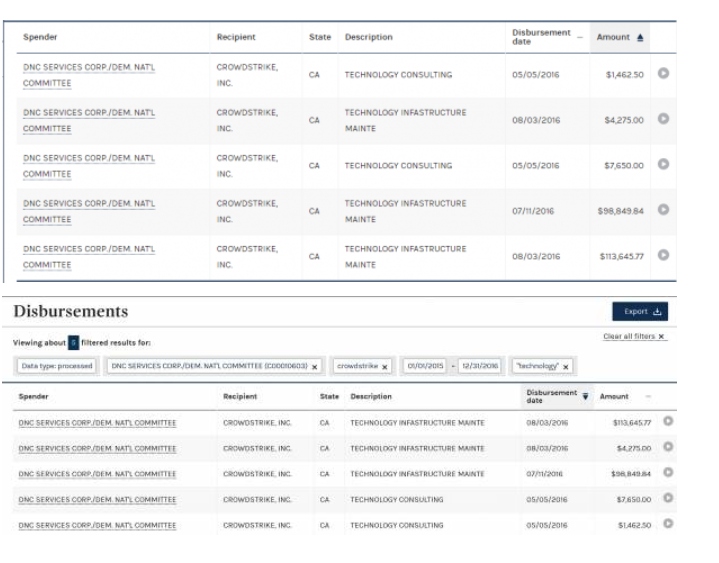 ……The series of emails revealed that high-ranking DNC officials and the Clinton team sabotaged Sanders’ candidacy, used racist, anti-gay and sexist slurs when referring to constituents. The emails, indicating the party was manipulating the primary race in favor of Clinton, led to Rep. Debbie Wasserman Schultz’s resignation as DNC chair.

……Following WikiLeaks’ publication of DNC and Clinton campaign emails, DNC officials refused to avail the DNC server to the FBI for forensic examination, which would determine when the server was breached or whether the server was actually hacked.

The Obama Justice Dept. never took custody of the server — no subpoena, no search warrant. Former FBI Director James Comey said last year that the DNC had denied the bureau’s requests to examine the breached server.

CrowdStrike was the only one to access the DNC’s computer systems.

Google, which gave millions of dollars to the Clinton campaign and was under fire during the election for manipulating and suppressing negative search results for Clinton, is one of CrowdStrike’s primary investors.

Rich and Lucas are among 33 people associated with the Clintons who have died mysterious and often violent deaths.

The FBI has thousands of files from Rich’s laptop.  They have a habit of hiding laptops.