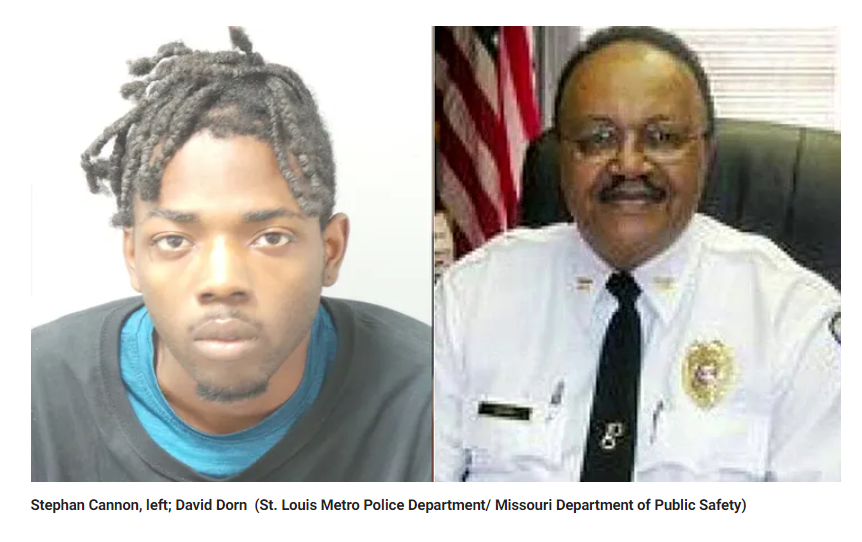 Stephan Cannon, 26, was sentenced to life in prison without parole for the murder of former St. Louis Police Capt. David Dorn after a Missouri jury convicted him in July, according to reports.

Cannon was convicted of shooting and killing Dorn during a night of looting and rioting in June 2020 in the wake of the death of George Floyd in Minnesota.

Dorn, 77, was responding to a burglary alarm at a friend’s pawn shop when he encountered a group of looters. He was struck four times and died from his injuries.

Dorn and four officers were struck by bullets, while other officers were pelted with rocks and fireworks and 55 businesses were burglarized or damaged across St. Louis during the protests.

The septuagenarian had served 38 years on the St. Louis police force before working six years as police chief in Moline Acres. He had retired from the Moline Acres department in 2014.

Good. Now they have to go after the rest of the BLM and Antifa thugs who destroyed cities and murdered people. They have a lot of catching up to do.