Prominent in and around the scene of Saturday’s “Patriot Muster” Rally in Denver and the BLM/Antifa counter-protest was a female “photojournalist” wearing a dayglow orange vest with “PRESS” in big black letters.  Her name is Helen Richardson, and she works for the Denver Post.  She was approximately 5 feet from Matthew Dolloff — just to his left — capturing a series of photographs with her camera on “burst” when Dolloff and Lee Keltner engaged in a brief physical confrontation which ended after three seconds with Dolloff drawing a handgun and killing Keltner.

I wrote about the images she captured in this story yesterday.

You can’t see her face in this image, but that is her just behind the main BLM agitator in the image on the left, who I dubbed “Mr. BGM” after the motto on his shirt “Black Guns Matter”.  It was Mr. BGM who engaged in the confrontation with Mr. Keltner in the moments before Mr. Keltner and Dolloff came together and Mr. Keltner was murdered.  Today Mr. BGM was identified as [DELETED] Jeremiah Elliot.  [Note — The name originally listed ended up not having DOB (based on an arrest record)  as the DOB of the person listed in the Denver police report as having been involved in the verbal altercation with Mr. Keltner just prior to the shooting].

……As for any “relationship” between the photographer, the 9News crew who was accompanied by Dolloff, and Mr. BGM, I think it is safe to say that the entire group were aware of and familiar with one another.  I’m not suggesting they were working together.  But you would expect a “photojournalist” for the Denver Post to know a television news crew which covers the same kind of events.  And there are enough images and videos of both those two in close proximity — or even in communication with Mr. BGM to conclude they were following him intentionally, and he was attempting to provoke “opponents” for the purpose of having it captured by the press.

Not surprising, given all the questions that have been raised, Michelle Malkin points out today that Richardson has deleted her Twitter account: 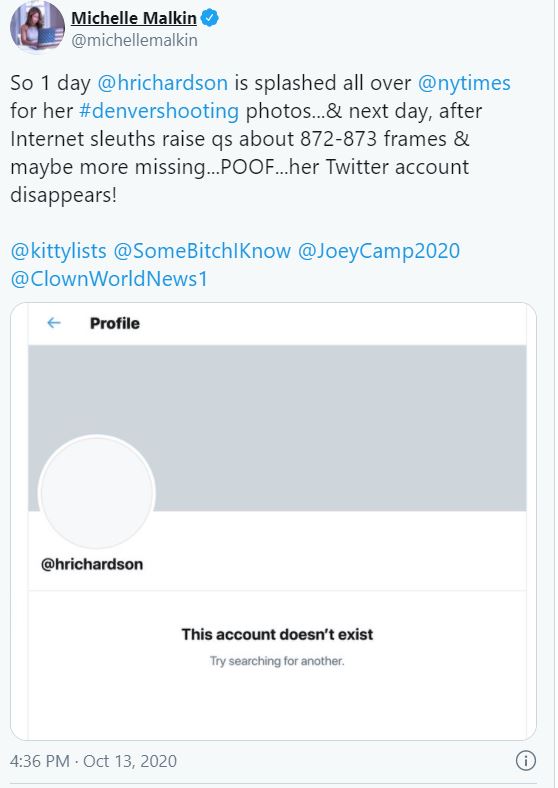 A shooting in Denver on Saturday afternoon at a “BLM-Antifa Soup Drive” has left a conservative demonstrator dead, whom police say was shot and killed by a security guard hired by NBC News affiliate 9NEWS.

The shooting, which was caught on multiple livestreams and shared on social media, involved a man participating in what was billed as a “Patriot Rally” of conservative Trump supporters. The rally was organized by John Tiegen, a right-wing social media figure. Conservatives carried banners that mocked communism and chanted slogans in support of the police.

The Denver Post initially reported that the right-wing protester allegedly sprayed mace at a Black Lives Matter supporter, who retaliated by fatally shooting him with a handgun. The police arrested two men almost immediately after the shooting occurred, in scenes captured on live stream.

……According to someone claiming to be a witness to the event on Reddit who was “front row to this shooting,” two men were arguing and pushing. The purported witness claims that he thought the police would step in but made no movement to break up the argument.

……According to Denver Post, the two groups faced off in competing rallies around the Civic Center. As the rallies grew, members from the two groups confronted each other with shouts while police stood by. A left-wing protestor burned a Thin Blue Line flag in front of officers to taunt them.

One hour into the dueling protests, police were forced to deploy pepperballs at Antifa militants who became increasingly belligerent, as Antifa militants and Black Lives Matter supporters headed into the amphitheater area, where right-wing protestors were gathered. The left-wing group then attempted to tear down the barrier dividing the two groups, prompting police to deploy less-lethal weapons at the left-wing belligerents.

This is the murder victim Lee Keltner: 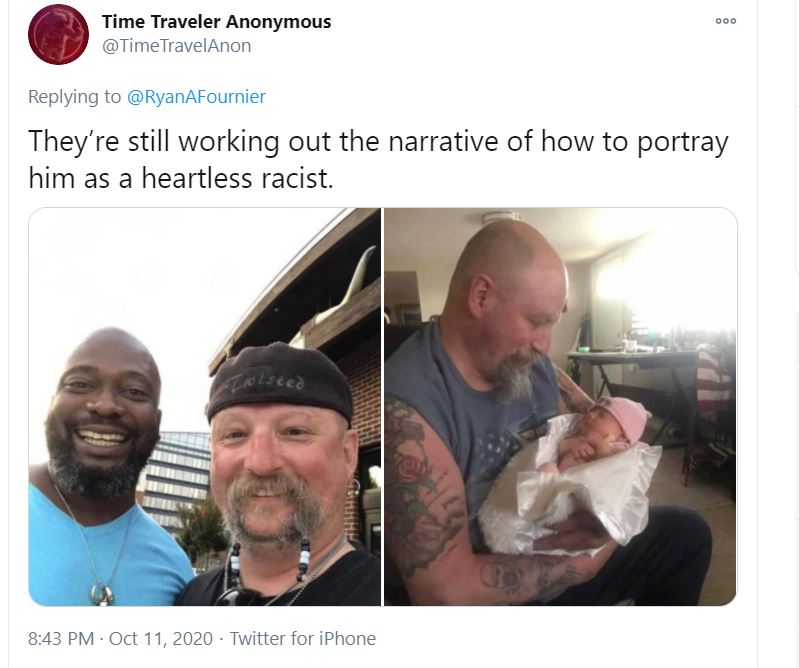 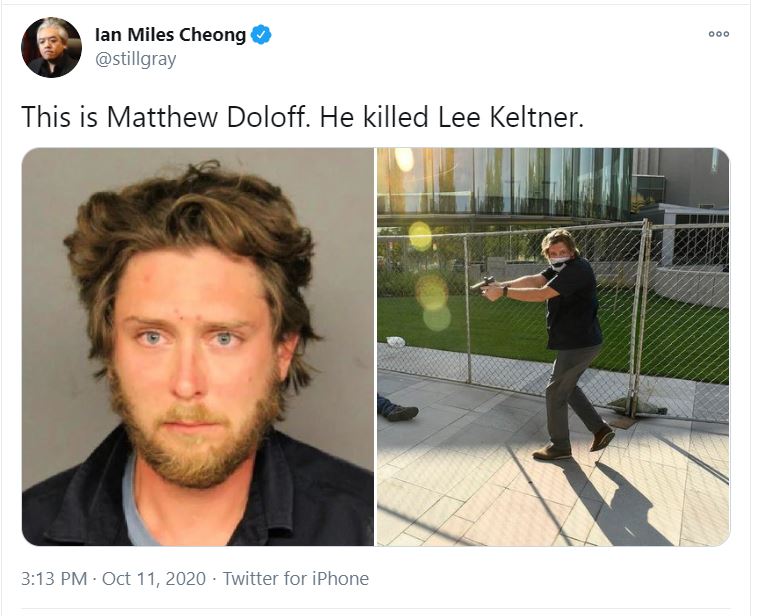 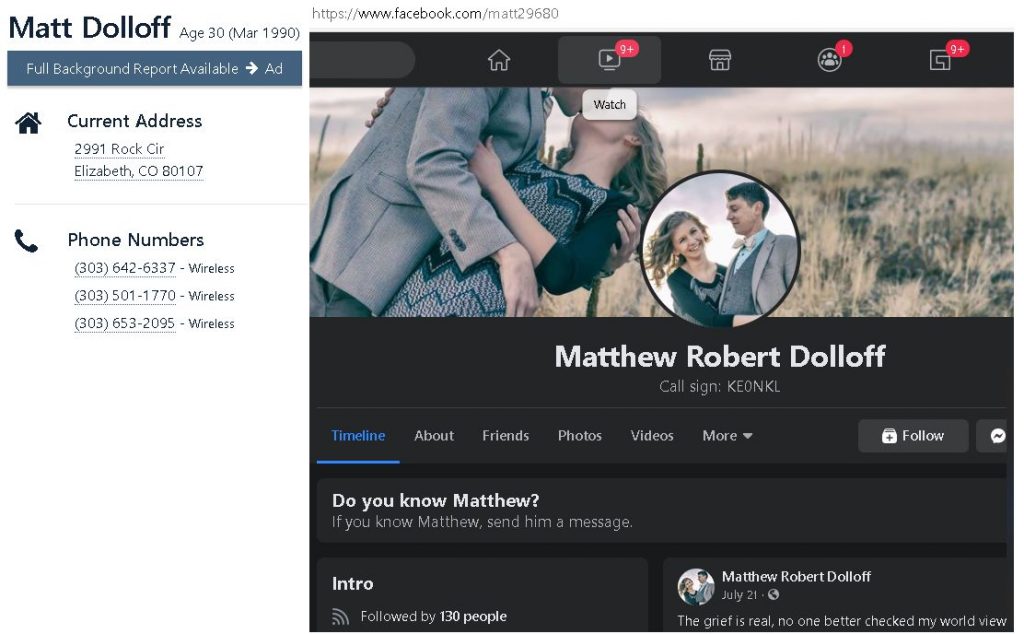 The motherfucker isn’t even licensed to be a security guard:

Controversy continued to surround Matthew Dolloff, a Denver murder suspect, on Sunday. Denver police arrested Dolloff after he was seen shooting a man at a “Patriot Muster” rally on Saturday.

The Denver Department of Excise and Licenses tells CBS4’s Andrea Flores Dolloff was not licensed to be a security guard in the city.

“If he was operating as a security guard, he was in violation of the law,” said Eric Escudero, a department spokesman, stated. “Security guards are prohibited from carrying or using a firearm without getting an armed firearm endorsement for their license. All security guards in Denver are required to get a federal background check before they receive their license.”

Security guards are also required to go through training which includes training on use of force.

The series of murder photos: 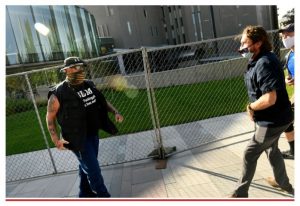 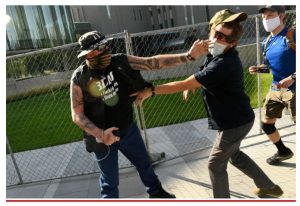 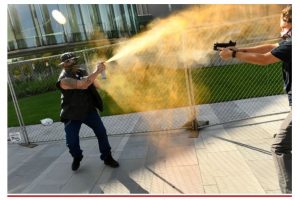 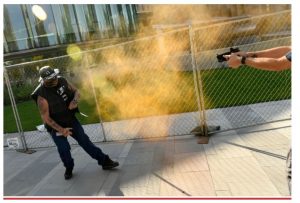 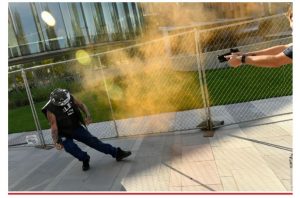 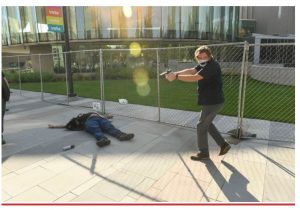 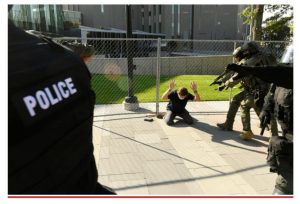 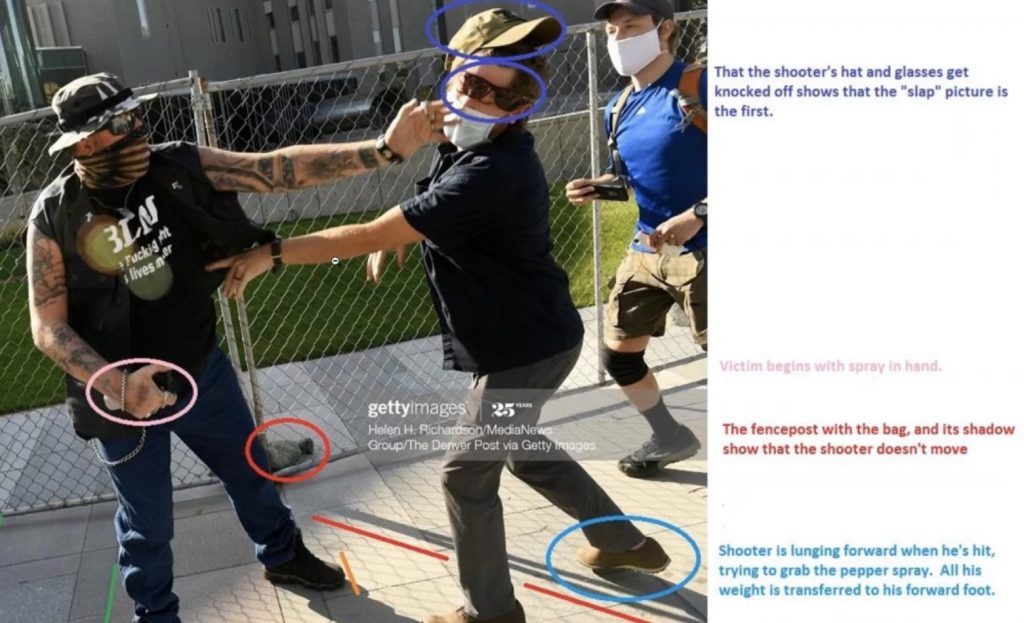 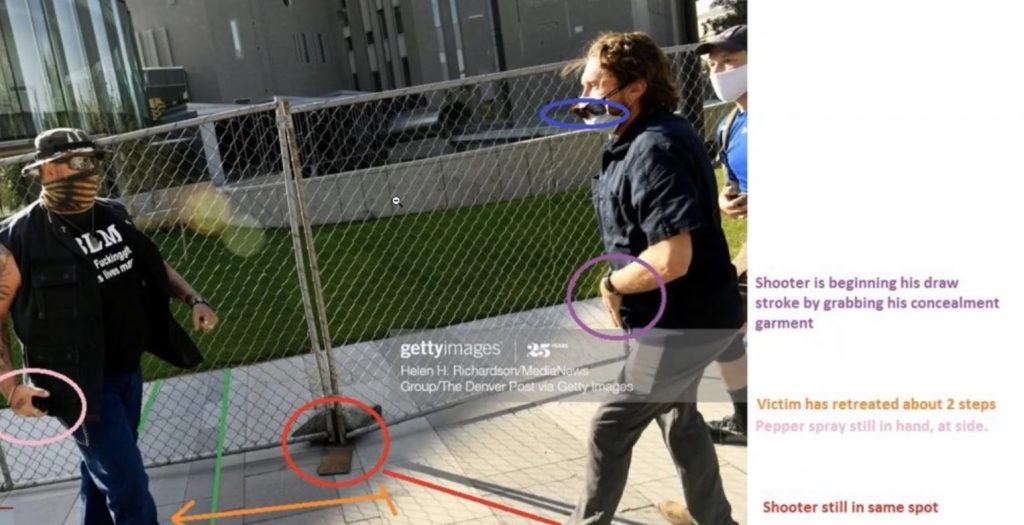 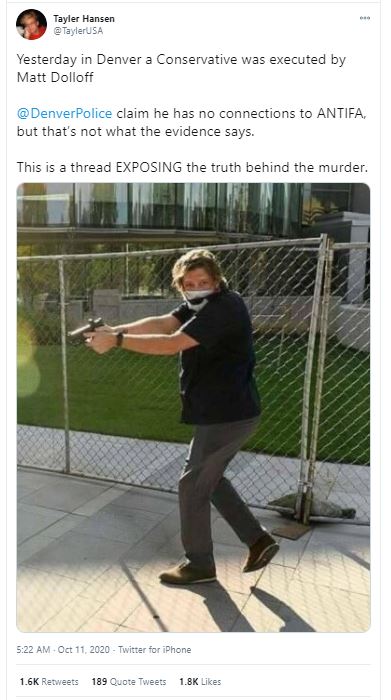 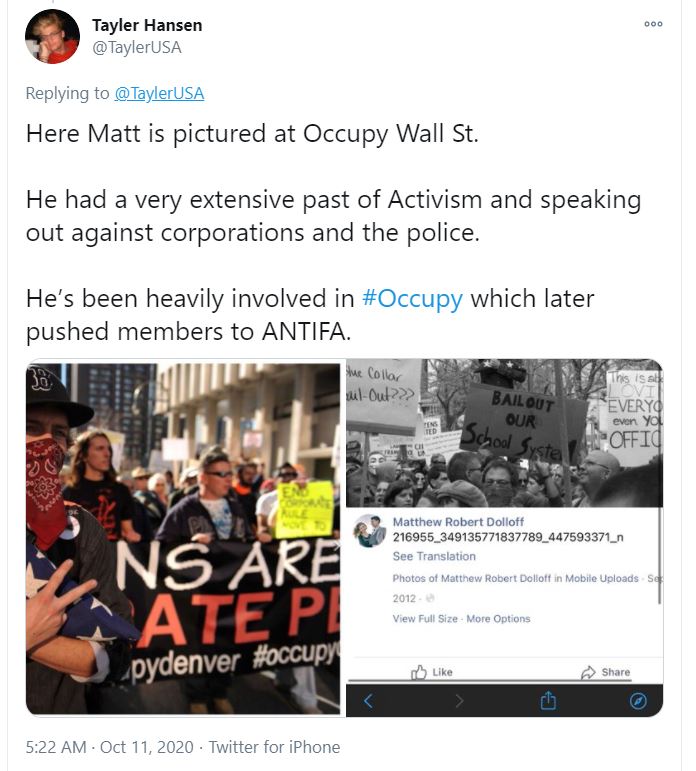 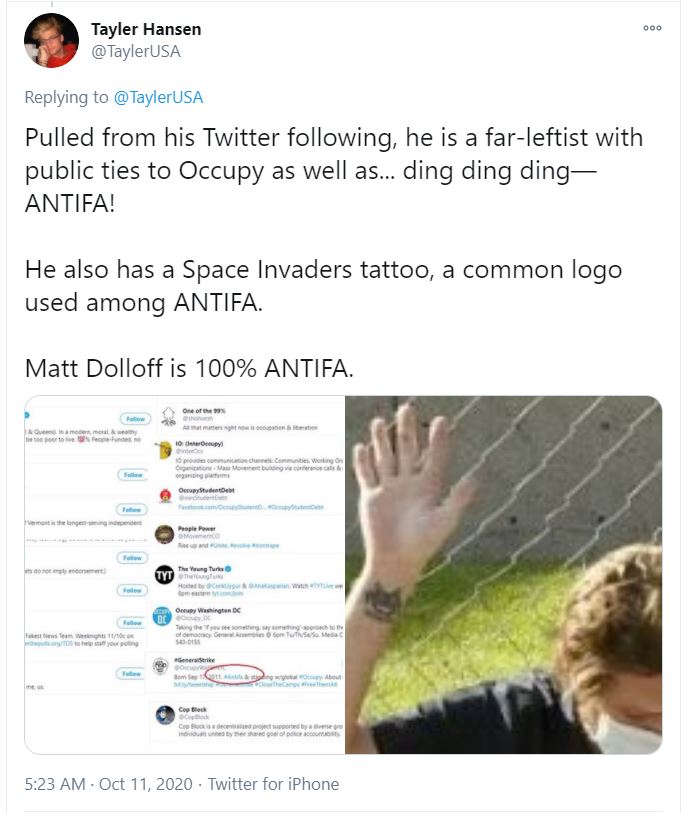 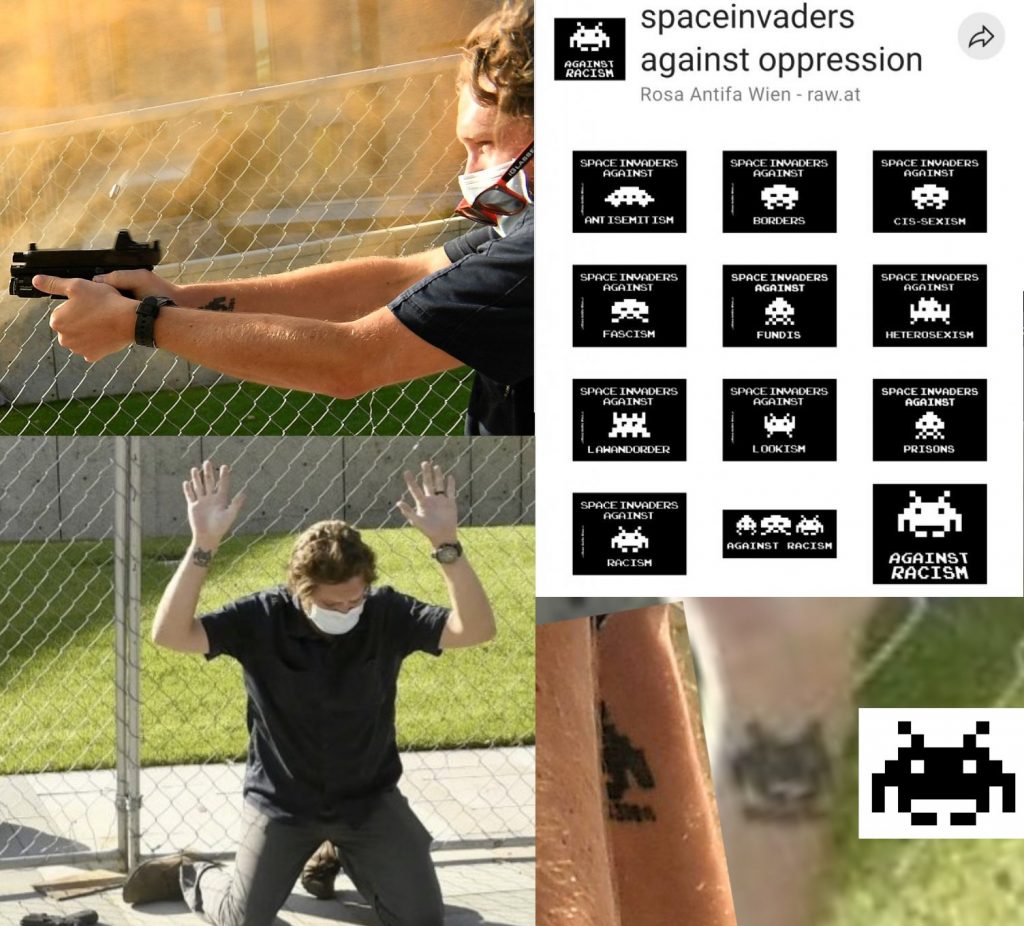 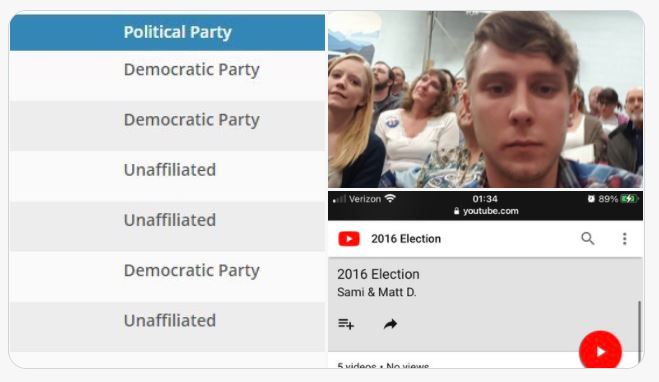 Dolloff has been quite a little radical for some time.

His antifa skills won’t help him in prison.