Dems and teachers’ unions don’t like parents who fight back against indoctrination.

The Democratic Party blasted the idea that parents should have a voice in what public schools teach, saying in a Facebook post over the weekend that public school teaches kids what society “needs them to know.”

A Saturday post made by the Michigan Democrats on their official Facebook page criticized the parents who want to play a role in what public education teaches their children. The post was deleted Monday morning after intense criticism. 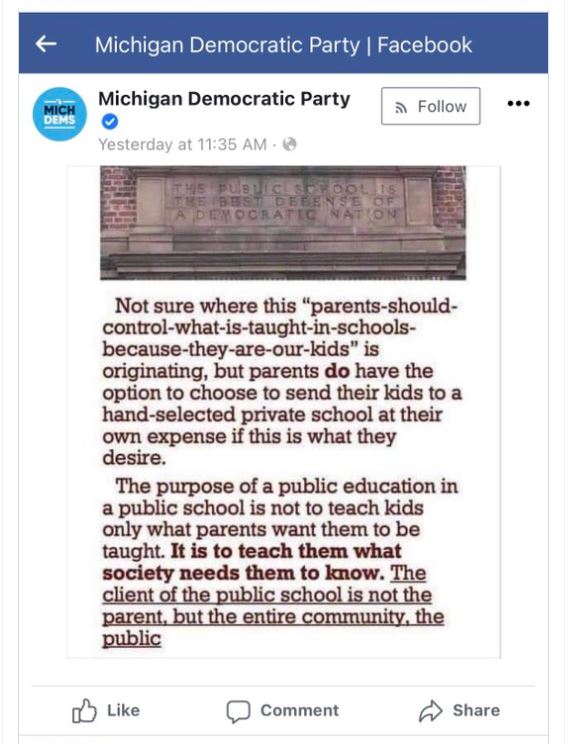 ……The Michigan Democratic Party later deleted that post and issued a quasi-apology.

“We have deleted a post that ignored the important role parents play—and should play—in Michigan public schools. Parents need to have a say in their children’s education, end of story,” a subsequent post on Monday stated. “The post does not reflect the views of Michigan Democrats and should not be misinterpreted as a statement of support from our elected officials or candidates.”

The State knows how to raise your children better than you. They’ve even said it out loud.