Of course, the Dutch authorities are more concerned about the ‘safety’ of mosques.

When Muslims murder non-Muslims, Muslims are always the ‘victims’.

A Turkish man was captured Monday, hours after he was identified as the suspect who allegedly gunned down three people and wounded several others on a Netherlands tram in an apparent terror attack, Dutch police said.

Gökmen Tanis, from Turkey, was accused of opening fire about 10:45 a.m. local time near 24 Oktoberplein junction in the Dutch city of Utrecht, located about 22 miles southeast of Amsterdam. The 37-year-old suspect was taken into custody during a raid, police in Utrecht said. Heavily armed anti-terror officers were captured on video earlier gathering in front of an apartment block close to the scene of the initial attack of the tram.

UTRECHT, Netherlands (Reuters) – Dutch police said on Monday they were looking for a 37-year-old Turkish man in connection with a shooting that is believed to have left at least one person dead.

“The police ask you to watch out for 37-year-old Gokman Tanis (born in Turkey) in connection with this morning’s incident,” a police statement said. 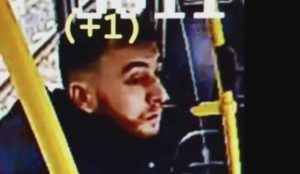 Dutch police launched a dragnet for a Turkish man with a “possible terrorist motive” who killed at least three people and wounded several others when he opened fire at several locations near a Netherlands tram on Monday.

Authorities identified Gökmen Tanis, 37, from Turkey, as the suspect in the shooting that occurred about 10:45 a.m. local time near 24 Oktoberplein junction in the Dutch city of Utrecht, located about 22 miles southeast of Amsterdam.

“We cannot exclude, even stronger, we assume a terror motive. Likely there is one attacker, but there could be more,” van Zanen said.

You can bet that the major liberal news networks will either ignore this or mention it in passing while blaming it on the New Zealand shooting.

1 thought on “Muzzie Terrorist Shoots Up a Tram in the Netherlands, Wounds Five, at Least Three Dead (UPDATED)”