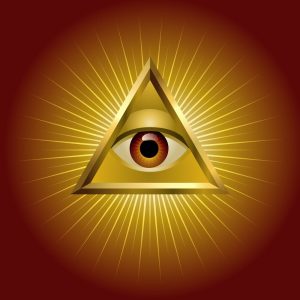 The National Security Agency declassified three secret court opinions Wednesday showing how it scooped up as many as 56,000 emails and other communications by Americans not connected to terrorism annually over three years, revealed the error to the court and then fixed the problem.
Director of National Intelligence James Clapper authorized the release.
The opinions show that when the NSA reported its inadvertent gathering of American-based Internet traffic to the court in 2011, the Foreign Intelligence Surveillance Court ordered the agency to find ways to limit what it collects and how long it keeps it.
Three senior U.S. intelligence officials said Wednesday that national security officials realized the extent of its inadvertent collection of Americans’ data from fiber optic cables in September 2011. One of the officials said the problem became apparent during internal discussions between NSA and Justice Department officials about the program’s technical operation.
The officials did not explain, however, why they did not prepare for that possibility when the surveillance program was created and why they discovered it only after the program was well under way.

They threw a wide-reaching dragnet over the entire United States and they can’t understand why they had so much metadata.
The agency has the capability to collect 75 percent of all U.S. Internet traffic.   You can bet your ass they do that.
Current NSA director, General Keith Alexander, took the same “collect everything” approach used in Iraq and applied it to the United States.  It would be great if there were more muzzie terrorists than innocent American citizens.

The FISA court granted the NSA’s massive data-gathering based on the definition of “relevant”. Like the unfettered ability of an analyst to scour individuals’ emails, chats, and Internet browsing histories at will, without prior authorization. This is the same NSA with high-speed supercomputers, that claims it can’t search its own emails because it doesn’t have the technology.

Thanks to Snowden’s revelation of the NSA’s 4th Amendment violations, real muzzie terrorists are flocking to more secure online communications like the Tor network, which ironically, is federally funded.

As I said before:

I’m a retired Soldier and former intelligence analyst who personally served with (then) Colonel Alexander when he was G2 of the 1st Armored Division in Desert Storm.  I found him to be a highly competent and experienced intelligence officer, an honorable Soldier and dedicated to the Army and the country.  I cannot believe that he would violate the Constitution we’re sworn to protect and defend, let alone use his position to do it.

Any power created for clandestine use can be abused.

There is something seriously out of control in his agency and he needs to stop it.