As Twitchy reported earlier, a marine who went viral on Friday over a video demanding accountability from senior leaders at the Pentagon over the botched mission in Afghanistan has been “relieved for cause based on a lack of trust and confidence.” Townhall’s Kurt Schlichter noted that when he was serving, he would have relieved him of command too — but today, when uniformed military can apparently be as political as they want, he says he’d give the marine a medal.

The Daily Wire is reporting that the Office of Naval Intelligence informed both active duty and retired service members in an email that they cannot condemn President Biden over the Afghanistan debacle.

“Top leadership at the Office of Naval Intelligence (ONI) informed active duty and retired service members that they cannot condemn President Joe Biden amid the chaotic — and now deadly — pullout of American troops from Afghanistan.

In an email from the ONI’s Chief of Staff, ONI members were reminded that per a Uniform Code of Military Justice and Department of Defense Directive clause they cannot disrespect senior government leadership. This includes the President, Vice President, Congress, the Secretary of Defense, and more.”

The response to ONI’s hubris was not kind: 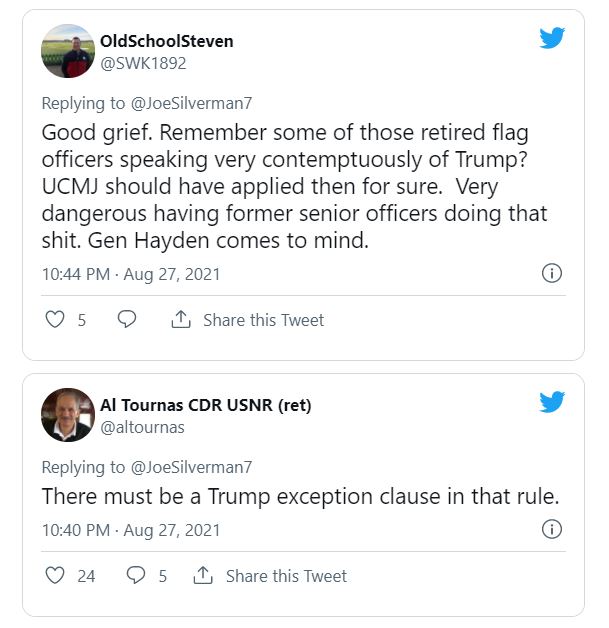 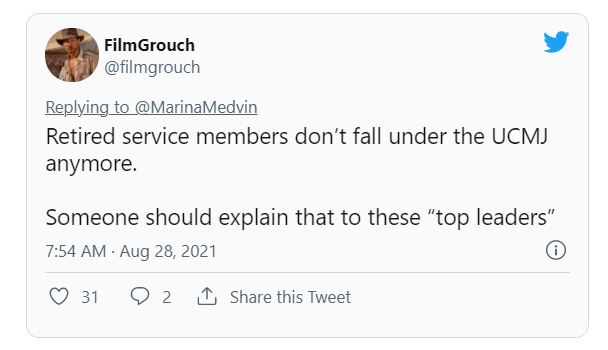 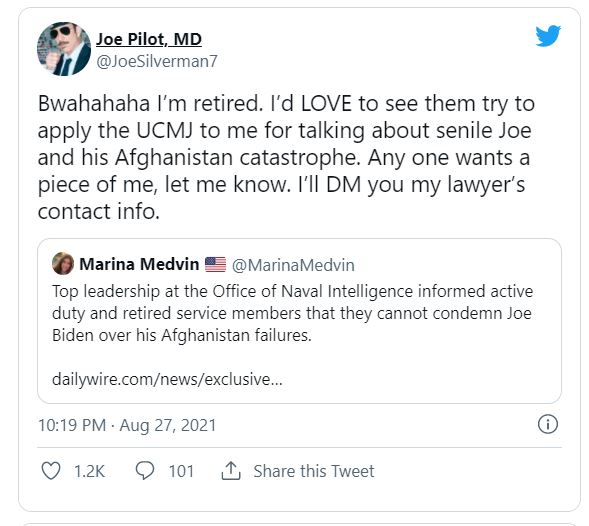 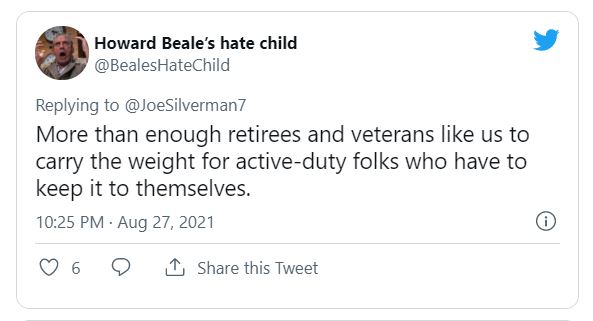 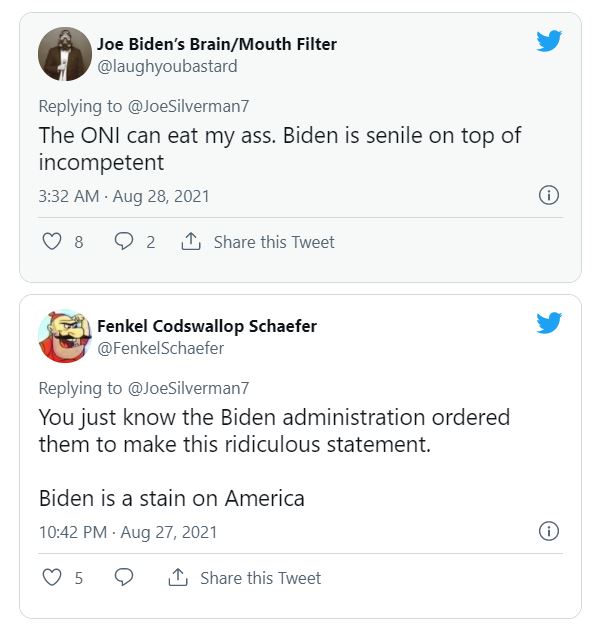 As long as LeftProgs like Michael Hayden and Alexander Vindman rant and in some cases, participate in an attempted coup d’ etat against President Trump, the hierarchy has no qualms.

I would love to see the shitbags at ONI try to go after the free speech of retired military personnel.