Two separate groups gathered in Portland on Friday night. One of several dozen, wearing all black, donning helmets, and carrying umbrellas—all hallmarks of the far-left Antifa network—walked to the Mexican consulate in the downtown area and vandalized the building, spray painting graffiti on the outside.

The group then went to the new Multnomah County Courthouse nearby and vandalized that.

“Officers responded to the scene and were able to interrupt the vandalism. Units remained at the location as high visibility. Because of the high visibility, the group dispersed from the area without creating any more damage. No arrests were made,” the Portland Police Bureau said in an incident summary.

Around the same time, a group of nearly 100 gathered in Northeast Portland. Members also wore all black and had masks and helmets on.

Officers learned of the destruction the second group was causing when a 911 caller told a dispatcher that the group was destroying a Chase bank. The group reportedly rammed a shopping cart into the glass door.

“A cleaning crew who was inside the bank was scared as the group began to break windows to the property,” police said. Another call came in from workers inside a grocery store in the vicinity. “The workers reported members of the group were shattering windows and spray painting the building,” according to the police. 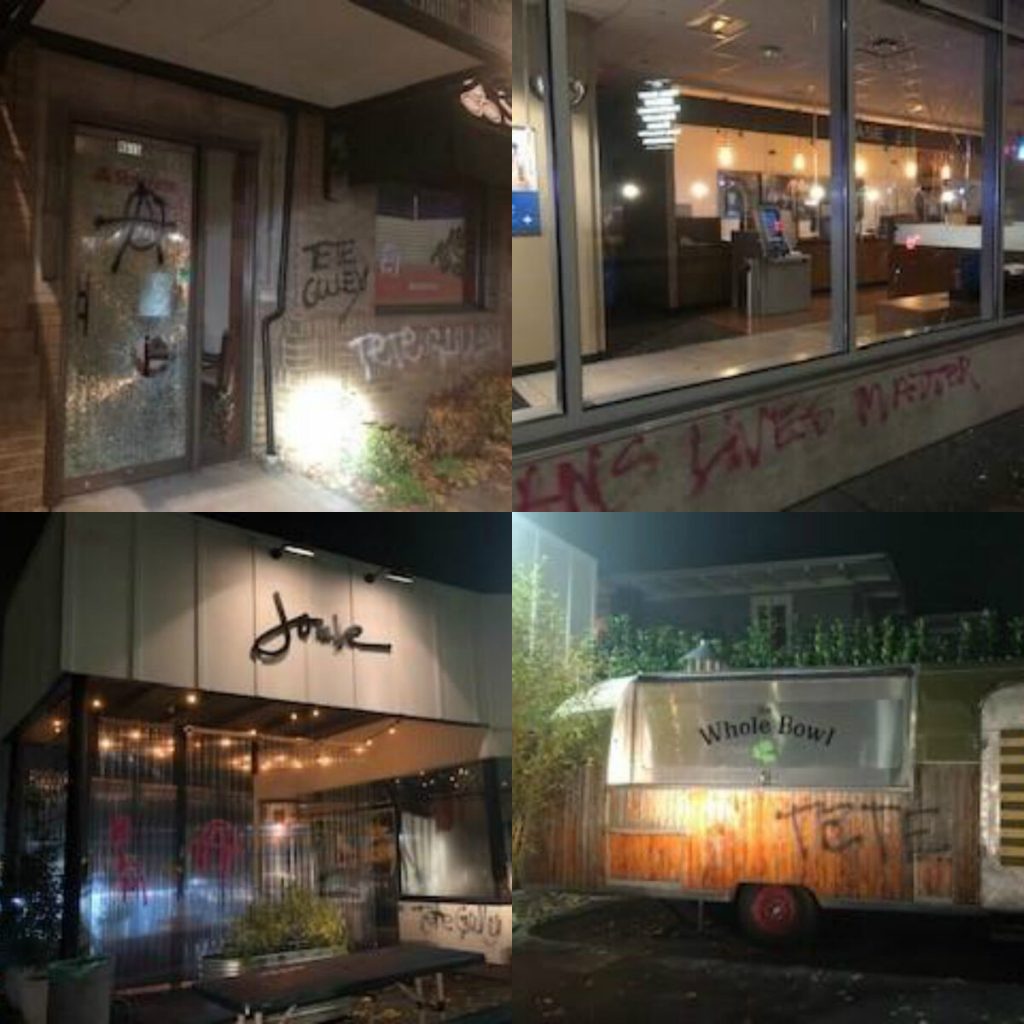 When officers arrived in the area, they found businesses with shattered windows and spray paint. One business appeared to have been destroyed when rioters hurled a motorized scooter through the glass windows.

……Twenty-four businesses were vandalized on Northeast Sandy Boulevard, police said. The damage was done in 10 minutes with officers tied up downtown, a videographer on the scene said in a tweet he later deleted.

Ted Wheeler has allowed Antifa thugs to inflict destruction at will.