But what we have found is that in his long list of violations, Grosskreutz was arrested with his second OWI (operating while intoxicated) and a case was filed on January 21, 2021.  This was only a couple of months after he attempted to kill Kyle Rittenhouse.

The unusual coincidence is that this case was dismissed only a couple of days before Grosskreutz gave his testimony in the Rittenhouse case on October 28, 2021.  See case data below: 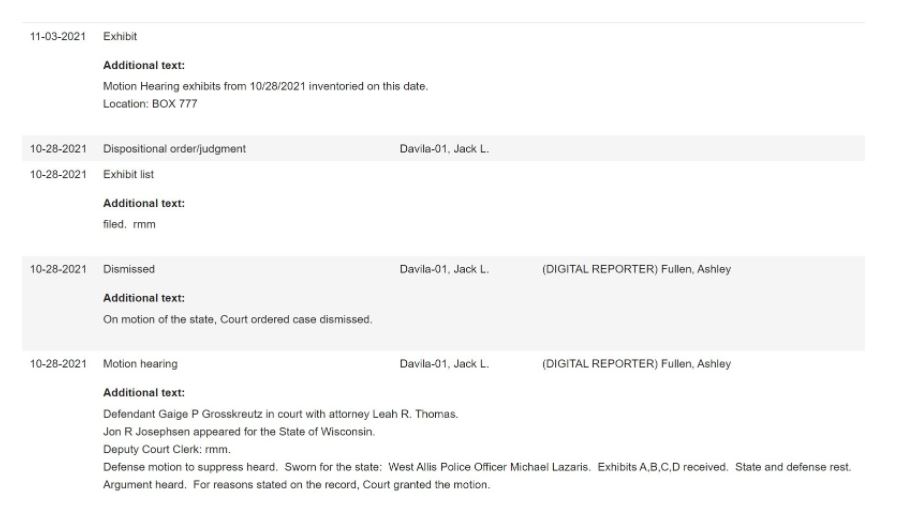 Along with the above charge, another charge for refusing to take a blood-alcohol test was also dismissed on October 28, 2021.  Again, this was only a couple of days before Grosskreutz testified in the Rittenhouse case.

After the trial is over and Rittenhouse is acquitted, the prosecutors involved in this shit need to be brought up on charges.