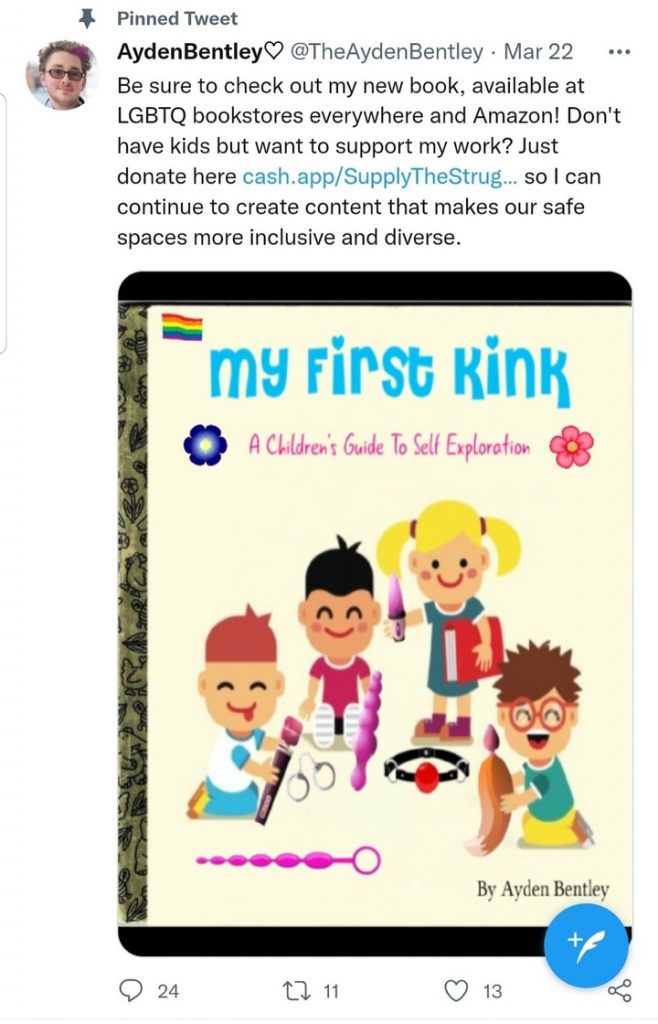 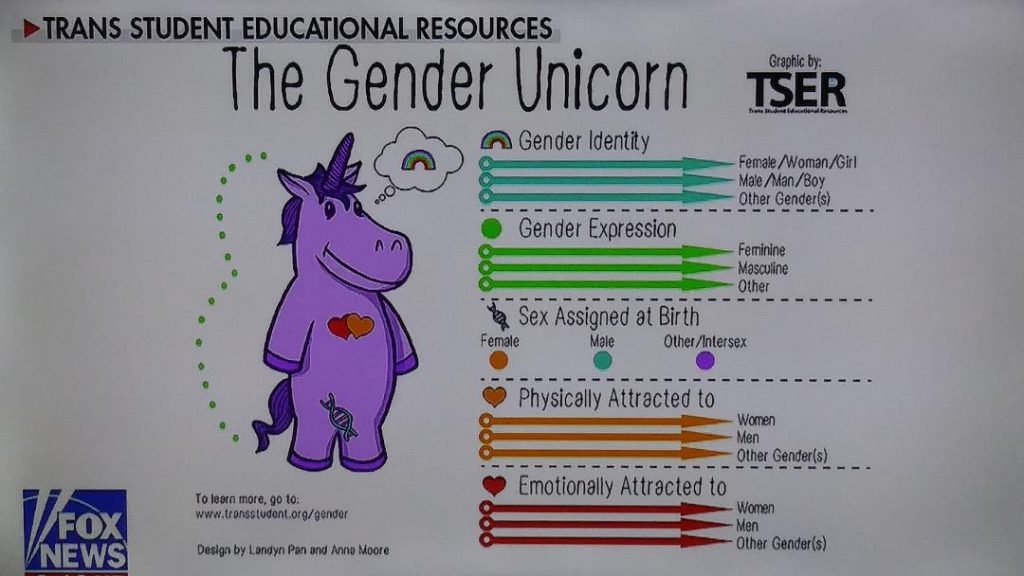 This fruitcake wants to share the details of his sex life with 5 year-olds.

To protect children from the Left’s sexually explicit material, Florida Gov. Ron DeSantis signed a bill into law that bans instruction on “sexual orientation or gender identity” for children in kindergarten through third grade or to older students “in a manner that is not age-appropriate or developmentally appropriate for students in accordance with state standards.”

That has the poofters’ panties in a wad:

LGBT teachers in Florida are lamenting the passage of the Parental Rights in Education Act — disingenuously described by its opponents as the “Don’t Say Gay” law — banning sexuality education for early elementary schoolers.

In case you’ve been living under a rock over the last few weeks (in which case I envy you), the left is now fully committed to the policy platform that public school teachers must be allowed to teach your first-graders about sex.

And, of course, as politicians representing millions of parents who, you know, don’t think that teachers should be teaching someone else’s young children about sex seek to restrict the practice in the classroom, the left is hysterically characterizing this legislation as an attack on the personhood of LGBT people everywhere.

Because of course they are.

……Robert Thollander, a sixth-grade teacher in Orlando, said he plans to make the career change to real estate after a group of parents took issue with his discussing his gay marriage. He told NBC News that he thought the parents had been empowered by the bill.

……Nicolette Solomon, 28, told NBC News she is quitting her position as a fourth-grade teacher at a Miami-Dade elementary school over the legislation, which she says would “erase” her “as an LGBTQ teacher.”

……So, if this law is a dealbreaker for certain teachers — if they won’t be able to infuse their sexual morals into the way they teach your children the three R’s, they’re quitting — well, then, the law is doing its job, isn’t it?

……the issue boils down to parental rights, because as much as these teachers try to convince us this will “erase” who they are or what have you, the truth is that this law is protecting parents and families who simply want the right to their own personal convictions about sexual morals.

Let that sink in.

These are the people who have scoffed at the notion that they’re grooming our kids, and they’re falling over themselves to defend teachers’ rights to teach your children a certain set of values about sexuality.

……This contradicts the deeply held moral convictions of a great many Americans of conscience, American parents who pay into the school system, and they have every right to characterize the open desire to teach children it is morally positive to have sexual desires when they are in early elementary school as “grooming.”

Ideologically, at the very least, that’s exactly what it is: grooming children into a philosophy that has quite literally slippery sloped its way right down to seeking to destigmatize pedophilia; arguments to this effect have been made from the “sex positive” perspective, from activists who have opposed banning child pornography and child sex dolls.

They want to saturate the curriculum with adult sex. Reading , writing , and arithmetic, are secondary.

Even Disney (Walt must be spinning in his grave) is getting in on grooming children.

Children don’t have the capacity to understand the complexities of sex or the perverted projections of the Left. It’s up to the parents to monitor the subject matter and the teaching methods being used in schools.  Draw the line and raise hell if it’s crossed.