By the way, he was not running from another crime when he committed this atrocity as the liberal media initially reported, as if it were an ‘accident’.

Daniel Thompson, the police chief of Waukesha, led a Black Lives Matter march in June 2020 and made his officers kneel in homage to the extremist movement. One of those extremists just plowed through a group of white people in a Christmas parade.

Authorities in a Milwaukee suburb continued overnight to deal with the aftermath after a red SUV plowed into Christmas parade marchers and spectators Sunday, striking more than 20 adults and children.

Some fatalities occurred at the Waukesha event, police Chief Dan Thompson told reporters at an evening news conference, according to FOX 6 of Milwaukee.

Waukesha city officials early Monday confirmed that at least five people had died and more than 40 suffered injuries. They warned that both numbers could change.

Authorities have identified the person of interest as Darrell Brooks, and say he has a long criminal history.

Chilling videos on social media showed the SUV plowing into parade participants, with loud screams audible from those who witnessed the horror. Other videos showed people running to the aid of the injured people.

Chilling videos on social media showed the SUV plowing into parade participants, with loud screams audible from those who witnessed the horror. Other videos showed people running to the aid of the injured people.

“Oh my God!” a woman shouts over and over in one video, after a group of girls in Santa Claus hats and waving white pompoms is struck. Another video shows members of a marching band being hit…..

Gunshots were heard in the area but authorities said they came from a police officer who was trying to stop the vehicle, the AP reported. No one was hurt by gunfire, authorities said.

A Roman Catholic priest, multiple parishioners and Catholic schoolchildren were among those injured at the parade, an Archdiocese of Milwaukee spokeswoman told the AP.

This is the motherfucker: 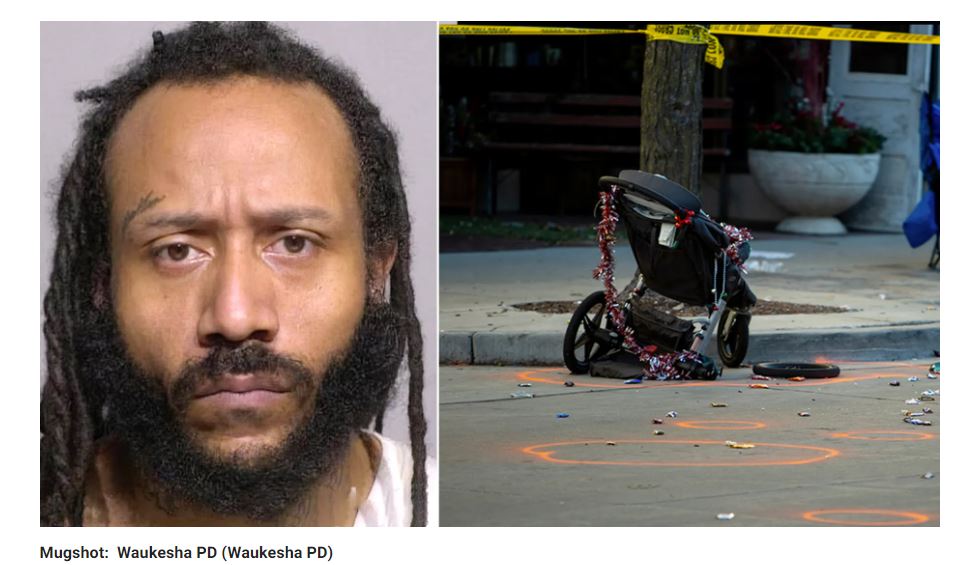 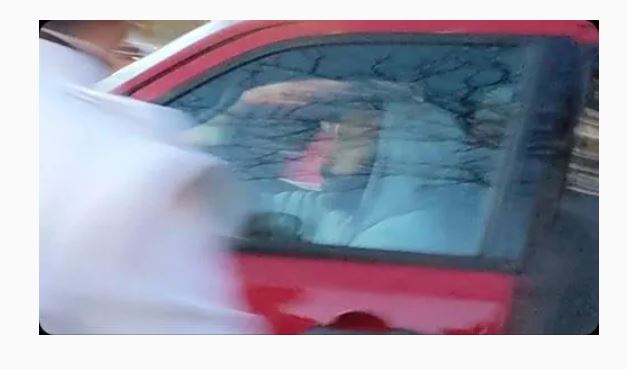 And the assclowns the DA’s office let this shitstain out on a low bail for pending cases:

Milwaukee prosecutors are conducting an internal review into their own office’s decision to make an “inappropriately low” bail recommendation for Darrell Brooks Jr., the person of interest in nearby Waukesha after an SUV plowed through a Christmas parade.

……Brooks has multiple pending cases in Milwaukee County – including a 2020 case involving two counts of second-degree recklessly endangering and being a felon in possession of a firearm, according to a spokesperson for Milwaukee District Attorney John Chisholm. Bail was originally set at $10,000 and later reduced to $7,500, the district attorney’s office said.

But due to a court scheduling conflict that would have deprived Brooks of his right to a speedy trial his bail was again reduced, this time to just $500, which he posted on Feb. 21, 2021, according to prosecutors.

Earlier this month, Milwaukee authorities charged Brooks with another reckless endangering out, felony bail jumping, battery, obstructing an officer and disorderly conduct. He allegedly ran a woman over with what may have been the same SUV that wreaked havoc on the Christmas parade. He was released on $1,000 cash bail on Nov. 11.

“The State’s bail recommendation in this case was inappropriately low in light of the nature of the recent charges and the pending charges against Mr. Brooks,” Chisholm’s office said Monday. “The bail recommendation in this case is not consistent with the approach of the Milwaukee County District Attorney’s Office toward matters involving violent crime, nor was it consistent with the risk assessment of the defendant prior to setting of bail.”

he DA’s office said an internal review of the bail recommendation decision is underway.

In a recent case, a woman told police that Brooks charged into her hotel room, shouted profanity at her, and took her cellphone before driving away. He allegedly circled back later, found her walking to a nearby gas station and punched her after she refused to get into his car. When she started to walk away, he allegedly ran her over with his vehicle.

Police arrested Brooks at his home at 4:25 p.m. on Nov. 2, according to the criminal complaint, which also notes that he owned a maroon Ford Escape with license plate ADP 9256. He ran into the home in an alleged attempt to evade arrest after authorities ordered him to

The complaint also said the victim had blood on her face, a swollen lip and tire tracks on her pants.

Court records show that just days later a Milwaukee judge ordered him to stay away from two women in connection with the case – including one who he had already been told to avoid but was present at the time of his arrest.

On July 24, 2020, Brooks allegedly shot at his nephew, according to another criminal complaint, following a fight between the two a day prior.

Media reports have confirmed the identity of the alleged driver, Darrell E. Brooks, a registered sex offender who admitted in a video that he pimps children. The career criminal was released back into the streets on a paltry $1000 bond despite being charged with bail-jumping and facing a plethora of violent felonies and misdemeanors just over two weeks ago, according to Wisconsin Court Records.

He’s a BLM supporting anti-white violent criminal who just committed a hate crime. Think CNN and MSNBC will cover this?