Just think, this scrunt is a ‘teacher’. 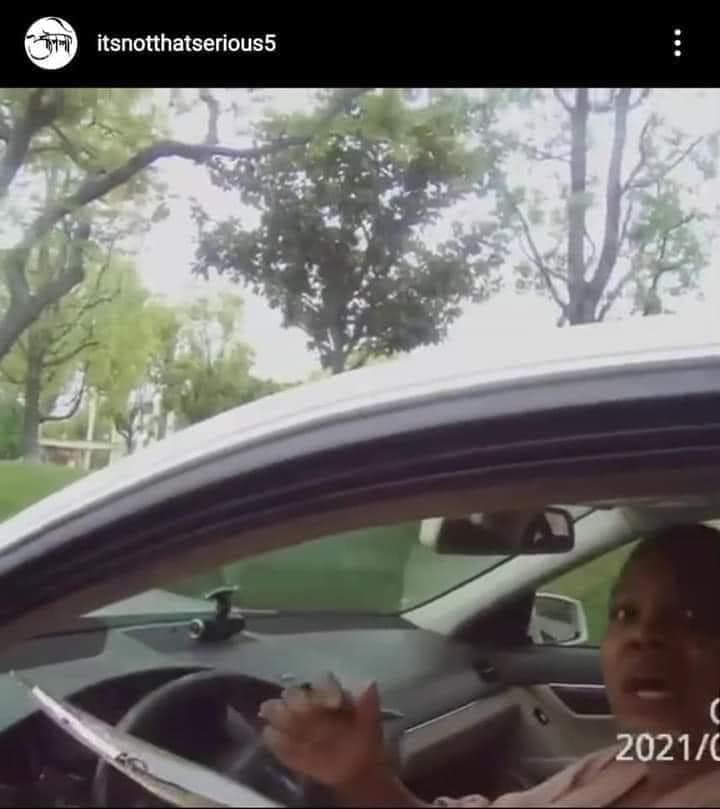 NEW: "You're always gonna be a Mexican, you'll never be white, you know that?"
A Latino LASD deputy sent me his bodycam video of a woman claiming to be a teacher launching into a racist tirade against him when he pulled her over in San Dimas. She repeatedly calls him a murderer. pic.twitter.com/Cc8jSVenCQ

A traffic stop took an ugly turn last month when the driver unleashed a racist tirade on a Los Angeles County sheriff’s deputy.

The April 23 exchange in San Dimas was recorded on the deputy’s personal body camera, which captured the woman calling him a “murderer” and a “Mexican racist,” after he pulled her over for using her cellphone while driving.

“You’re always going to be a Mexican,” she can be heard saying to the deputy, who has not been identified. “You’ll never be white, which is what you really want to be. You want to be white.”

The video has been viewed more than 5.6 million times since an edited version was uploaded to Twitter by Fox News reporter Bill Melugin on Monday.

The woman later filed a personnel complaint against the deputy for “discourtesy,” and the incident is under investigation, sheriff’s officials said.

Sheriff Alex Villanueva commended the deputy for his demeanor, which he described as an example of “professionalism and patience.”

In the video, the woman described herself as a teacher and said she left her driver’s license at home. She denied using her phone while driving and said she was using the device to record the deputy because he was scaring her.

“You’re threatening to kill me and my son,” she said. She also asked for his supervisor and called him a “murderer” several more times.

The edited video, which is about two minutes long, later shows the deputy’s supervisor arriving at the scene.

“He’s only citing you for using your cellphone while you’re driving. That’s it,” the supervisor said.

The woman has not been publicly identified. Los Angeles Southwest College said on Twitter that she may have been a former employee who last worked at the college in 2017.

Sheriff’s officials said she has filed at least one prior complaint against the department.

She was listed as an adjunct English professor at Los Angeles Southwest College. The college has since scrubbed her from their online directory and is now claiming she has not taught there since 2017.

This is the kind of shit she posts on Twitter:

She was a professor at Riverside Community College in Riverside CA, but was probably let go after the incident. 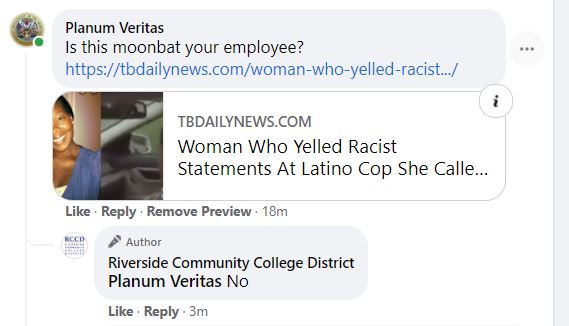 TB Daily News has a full profile on this bitch.

This is what the Left does when they’re held accountable for infractions like everyone else. Go straight for the racist tirade.  As long as it’s a minority spewing the rhetoric, it’s ignored by the media.